Electronic Arts are denying any claims of “blacklisting” a reviewer for giving a negative critique of Action RPG ‘Anthem’ ahead of its release on February 22, 2019.

A YouTuber by the name of ‘GGGmanlives’ claims to have been approached by EA to create a paid review of the title – and was subsequently “blacklisted” due to his damning thoughts on the game.

“This might be the most disappointing game I’ve played in 2019,” the YouTuber said of Anthem. “At times, it feels either rushed, poorly thought-out, or just, in some cases, unfinished.”

GGGmanlives’ video was later removed from the platform, due to what some fans speculated as EA’s dissatisfaction with the review.

However, EA claims that they did not pull the review due to his comments, as told in a statement to Variety on February 22.

EA denied that GGGmanlinves’ review had been pulled due to his negative comments on the title, but rather due to failing to meet disclosure guidelines.
https://variety.com/2019/gaming/news/youtuber-says-ea-demanded-takedown-paid-review-1203146117/

According to the company, the takedown was executed for failing to meet disclosure guidelines – although a comment from GGG underneath his video also mentions that he removed EA’s watermark in post.

“In this case, the conditions for disclosure for this specific video were not met… so we asked for it to be taken down and corrected,” EA said of the matter. “We’ve not asked for the content of the video to be changed, or ‘blacklisted’ the creator.” 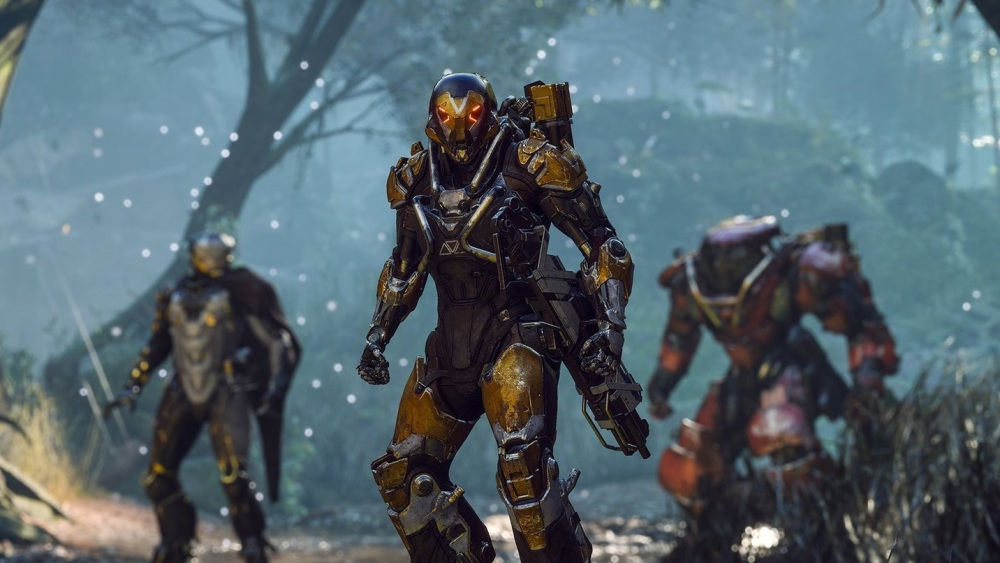 Anthem has been met with mixed reviews, upon its release on February 22, garnering relatively low scores on many outlets’ rating scales.

Anthem has since been met with mixed reviews across multiple outlets, with IGN giving the title a 6.5/10, while Metacritic offered up a 61% and PC World gave it a 2.5/5.