The pair finished out on top of the standings after eight matches, with Ghost Gaming’s ‘Dmo’ and ‘Bizzle’ coming in second, followed by their Ghost roster teammates ‘Saf’ and ‘Ghoul.’

Teams will be ranked on a Contest Leaderboard based on their current points. Victory Royales and Eliminations in this competition will be scored to determine placement, score, and multipliers during the event. The top 20 players at the end of the 8 games will be awarded. In the case of a tie, players will be scored on a tiebreaker system.

Teams will be ranked on the Leaderboard based on the following scoring system:

With NotVivid and Poach placing first and second in the Week Four tournament respectively, their decision to team up this week immediately made them one of the heavy favorites.

That proved to be for good measure as the pair played consistently well throughout, accumulating 50 points.

Their victory in Match 5 gave them a 3x Elimination Bonus for Match 6, allowing them to double their overall score and build a strong lead atop the standings.

Ghost Gaming pro duo Dmo and Bizzle came in second place with 36 points, but an astonishing 24 of them came in the eighth and final match thanks to the 3x Elimination Bonus they had earned by winning Match 7.

That dropped their Ghost peers Saf and Ghoul down to third with 34 points. Coming into the final match, Saf and Ghoul had been in second place thanks to their victory in Match 2, which gave them a 3x Bonus for Match Three. 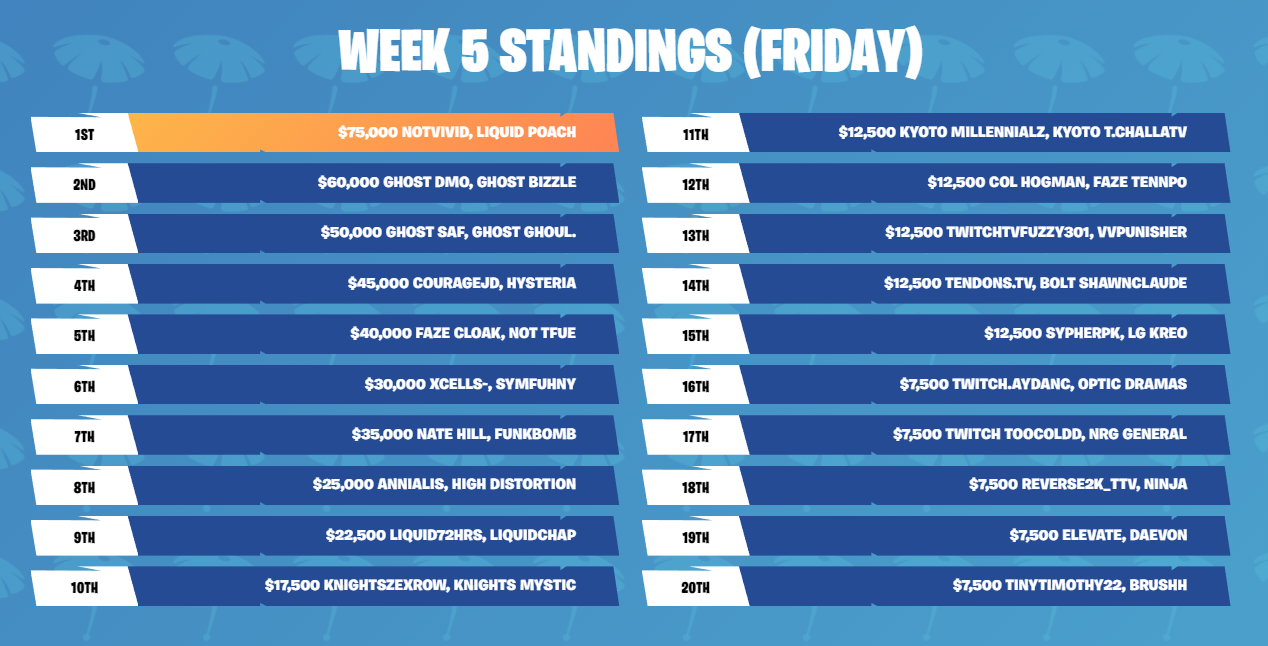 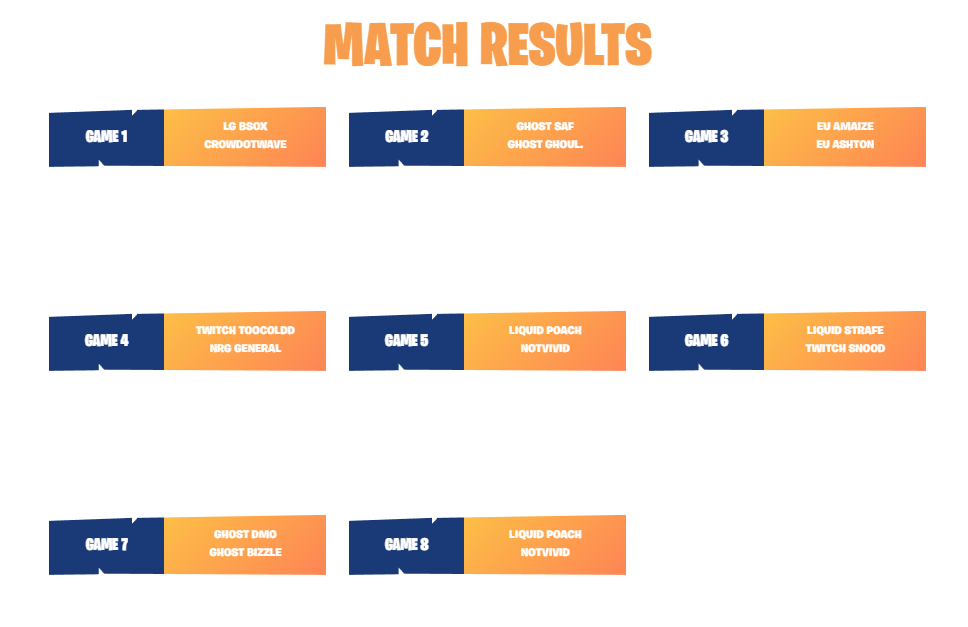 This $500K tournament was only the first of two for this week’s ‘Summer Skirmish’ event; the second tournament is scheduled to be played on August 11 but will feature a different group of competitors.

For the list of Friday’s participants, along with more details about the format, ruleset, and prize pool breakdow, visit our dedicated hub below