A change to the editing system used in Fortnite Battle Royale would make it much easier for console players to quickly edit structures.

The current editing systems sees players select the editing tool when looking at a structure they have built, selecting the shape they want to change it to using the in-game tool, and then confirming their selected edit by pressing the edit button again.

Reddit user ‘tamez_a’ believes that players should be able to opt out of the final step, with the edit taking place the moment players have made their selection, rather than having to press another button to finally complete the process.

If the edit tool use a ‘drag and release’ system, players could quickly draw out the edit they wished to make, with the structure making the change the moment they let go of the edit button.

This would be ideal for console players, who may need to take their thumb off of the thumbstick to select the edit button to confirm their changes.

The new system would be optional, so players who use the default controller layout could choose to continue with the current system if that was their preferred method. 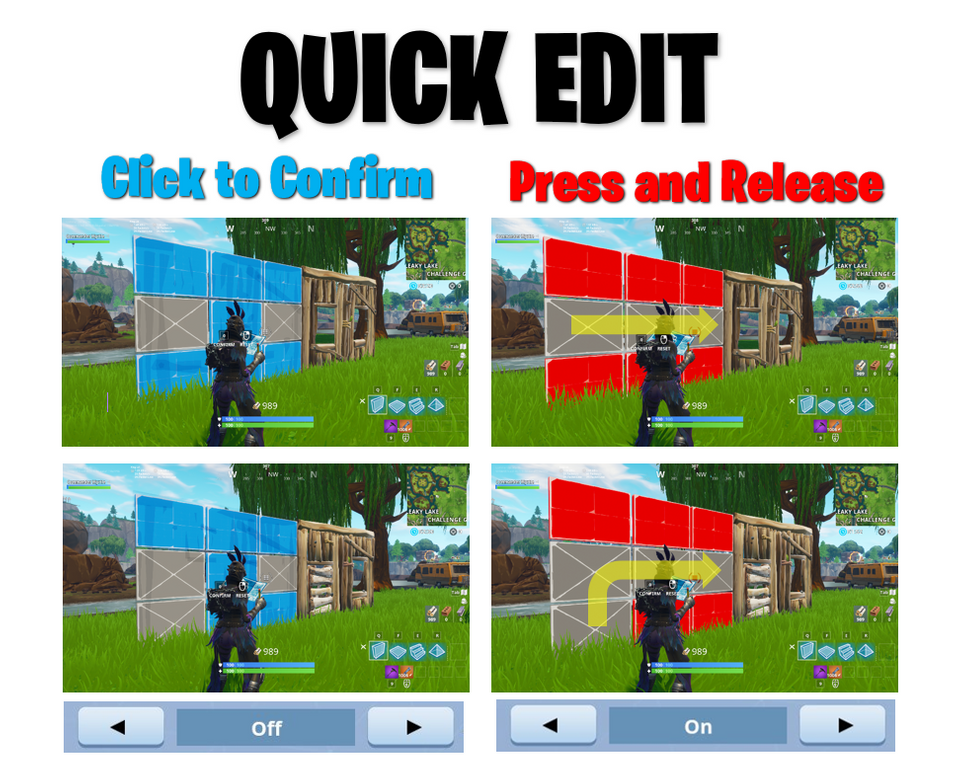 Quick Edit could be used in a variety of different building situations.
[ad name=”article3″]

The system would also be introduced on PC, but with the speed at which players can edit on keyboard and mouse, it’s unlikely that it would made a significant difference to those who play on a computer.

While this seems like a great idea that would help Fortnite players on console, this concept for editing is created by a fan, and there are currently no official plans for Epic Games to make any changes to the editing tool in the game.