Many people thought they would never see the day when FaZe Clan’s professional Fortnite player Turner ‘Tfue’ Tenney would purchase a skin again from the in-game store.

Incredibly, that day has finally come, as Tfue purchased the ‘Bullseye’ character on Tuesday, November 6.

Tenney posted a tweet earlier on in the day, stating that if his tweet got 100,000 Retweets, he would buy a skin live on stream.

Unsurprisingly, the tweet immediately blew up, quickly receiving the required number of Retweets, meaning the FaZe Clan star was forced to live up to his word.

The pro Fortnite player hilariously put some dramatic music on in the background, as he navigated his way through the menus to the buy shop. “You might ask yourself, what does this skin even mean if I have so many skins?” pondered Tfue, as he clicked on the buy button.

Tenney then pretended to become emotional, as he faced the reality of knowing that he had purchased a skin on Fortnite. “They ruined my perfectly good account. It doesn’t even matter anymore man,” cried Tfue, as he rubbed the imaginary tears from his eyes.

To see Tfue buying a skin came as a shock for some fans, as the FaZe star has become well known for using the ‘Jonesy’ character.

The pro Fortnite player had vowed never to purchase another skin after his first account which had over $5000 worth of skins on it was banned back in the summer, but it seems Retweets were enough to convince him to change his mind.

Tenney was forced to wear a different skin during the Fall Skirmish finals at TwitchCon back in October, but it didn’t seem to affect him too badly there, as he went to win the tournament and a massive $255,000. 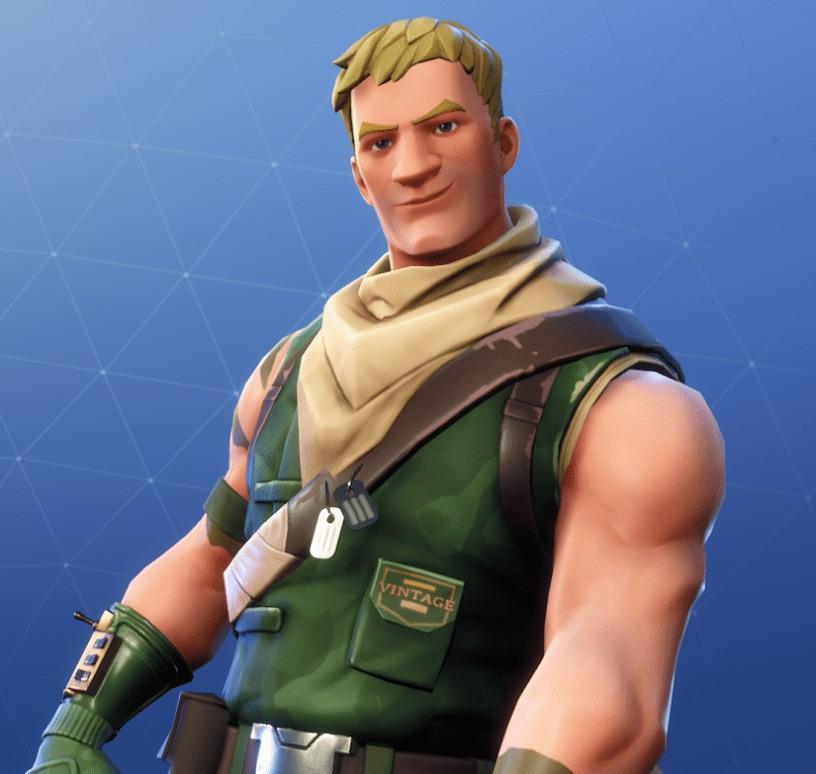 Tfue has become synonymous with the Jonesy skin.
Advertisement