The Rarest Fortnite Items Based on Days Since Release - Dexerto
Fortnite

The Rarest Fortnite Items Based on Days Since Release

One of the best things about Fortnite is the variety of skins and cosmetics available to players, but some of these items are acquired easier than others.

Reddit user NezvTrash posted a graphic detailing the rarest skin, harvester, emote, and glider in Fortnite based on when those items were last available for purchase in the shop. 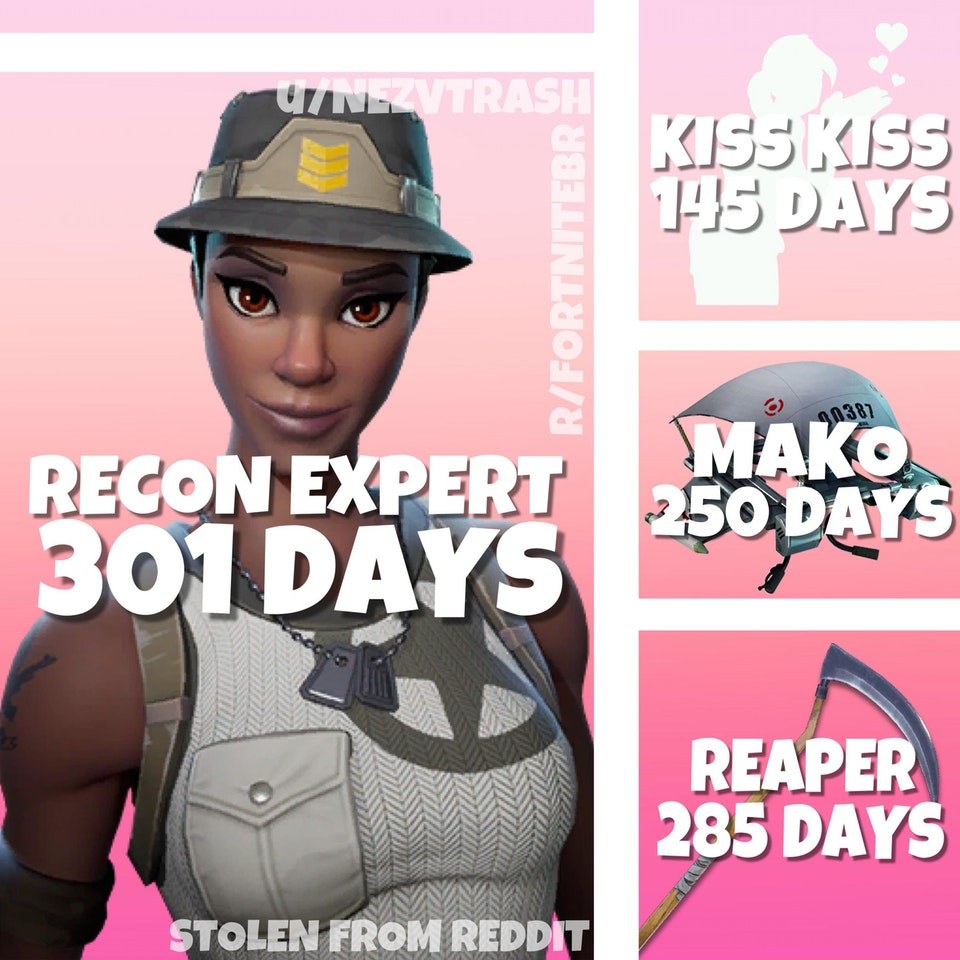 The skin that’s gone the longest without being for sale is the Recon Expert, which was last available for purchase in the shop 30 days ago.

Though as Reddit user VoltsIsHere pointed out, Mako was a Season 1 reward for players who reached level 25 on the battle pass and was never intended to be sold in the shop at all. In fact, according to VoltsIsHere, it was removed the same day it was posted in the store.

The Reaper harvester hasn’t been seen in the shop for 285 days, making it the rarest harvester based on shop appearances.

With Halloween right around the corner, player will probably see Reaper back in the shop sooner rather then later. As for the other items, excluding Mako, players will just have to wait and see.