Fortnite’s V-Bucks are being used by cybercriminals in order to launder money, a British newspaper has revealed.

Fortnite is a free-to-play game for all platforms, but V-Bucks can be added to players’ accounts using the game’s official store and are supposed to be spent on customizable items, like new skins, emotes, weapon wraps and much more.

However, an investigation – which was carried out by The Independent – has uncovered many of the dark secrets behind a growing illegal market that relies solely on the in-game currency in order to clean dirty money. 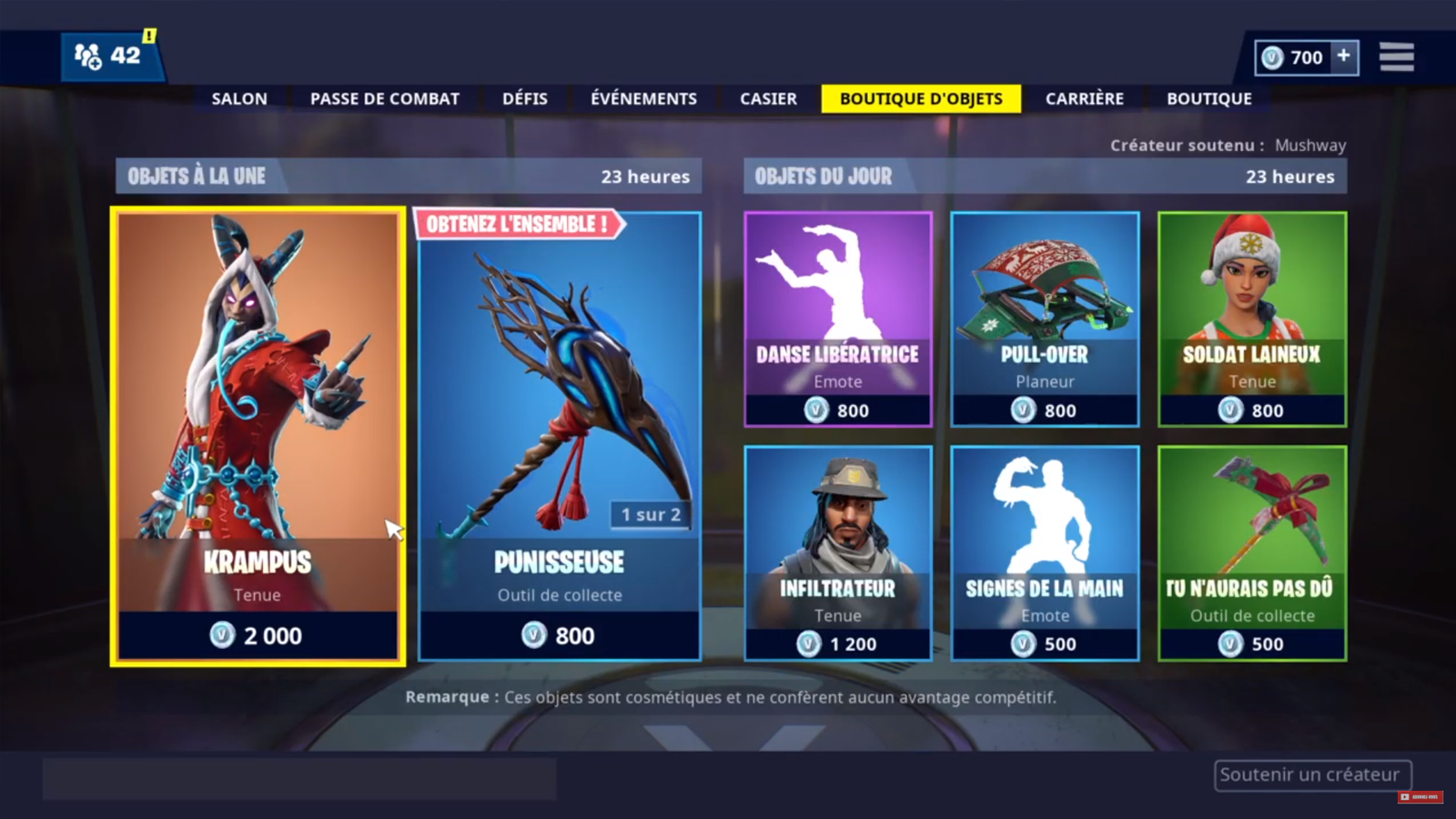 Fortnite’s V-Bucks can be used to buy different items from the game’s online store.
[ad name=”article2″]

V-Bucks are reportedly being bought by criminals using stolen credit card details and are being offered to players for a discounted price online.

The report was put together in collaboration with Sixgill, a cyber security firm, and found that the cut price deals are also available on the open web as well, with many sellers using social media platforms to advertize – meaning parents might have unknowingly bought illegally sourced V-Bucks for their children.

Over 53,000 alerts related to Fortnite scams were recorded by ZeroFOX during September and October in 2018, with 2% found on YouTube, 11% coming from web domains and a staggering 86% from social media.

“Threat actors are scoffing at Epic Games’ weak security measures, saying that the company doesn’t seem to care about players defrauding the system and purchasing discounted V-bucks” Benjamin Preminger, a senior intelligence analyst at Sixgill, told The Independent. “This directly touches on the ability of threat actors to launder money through the game.” 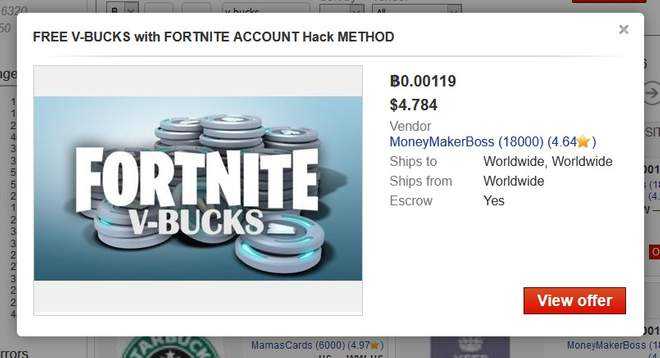 While it’s difficult to calculate just how much money cybercriminals have made from these methods, Sixgill reckons Fortnite items grossed north of $250,000 on eBay during a period of 60 days last year.

One post from the dark web, which can be seen in the screenshot above, shows just how easy it can be for somebody to be tricked into buying these illegal V-Bucks. They are available at a massively discounted rate and customers were given the choice by this vendor to pay with dollars or cryptocurrencies such as bitcoin.

“I’m fucking rich as fuck,” the description for the posting read. “Now it’s time to give back to the deep web at a massive discounted rate.”