Professional Fortnite player, Jonathan ‘JonnyK’ Kosmala has been kicked from Team Kaliber for attempting to cheat in the Fortnite World Cup, after a video ‘exposing’ him installing cheats was released.

The Fortnite World Cup has a lot at stake with over $40 million on the line as a total prize pool for the online and offline events. Competitive players have no room for error if they want to qualify and attend the World Cup finals in New York City on July 26.

Professional Fortnite player JonnyK who was signed to Team Kaliber back in August 2018, was exposed for installing cheats in preparation for the Fortnite World Cup, aiming to gain an unfair competitive advantage over the other competitors. 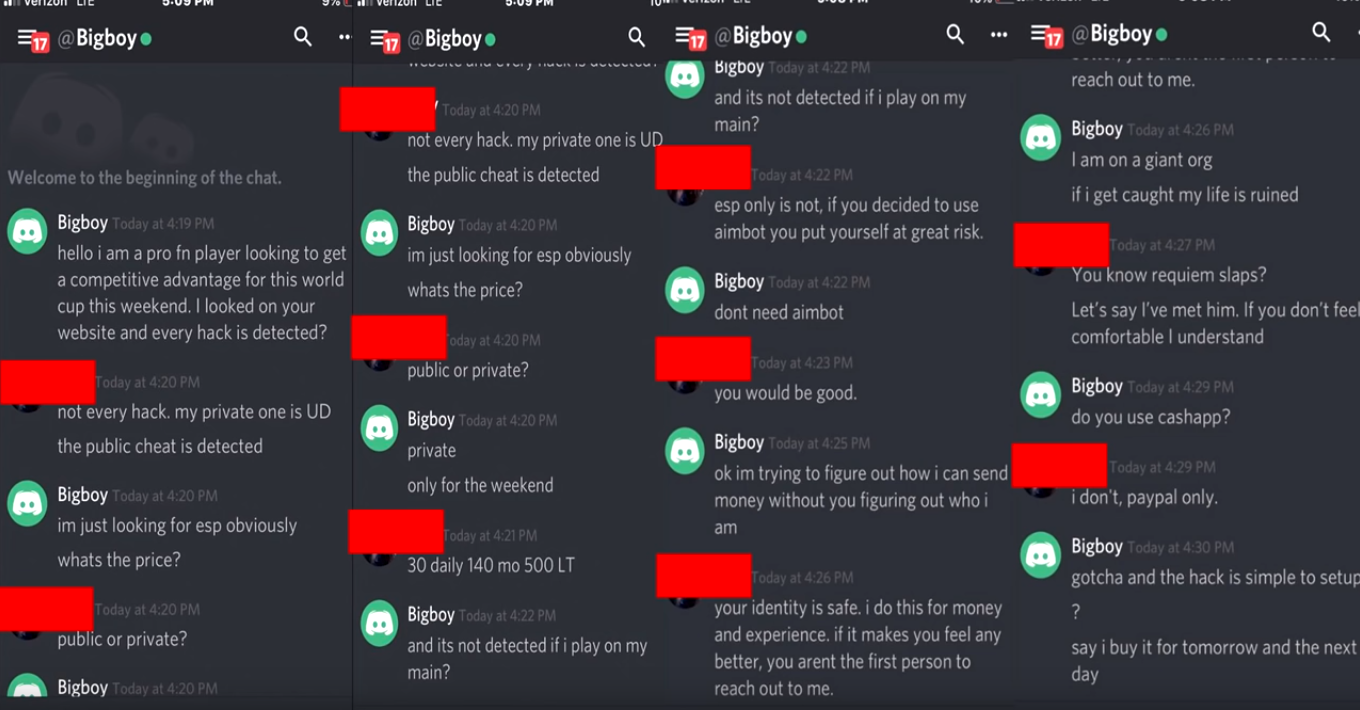 A screenshot of the conversation between JonnyK and the hacker.
[ad name=”article2″]

A video was released by ‘The Fortnite Guy’ on YouTube, detailing JonnyK’s conversation with the supposed hacker who was providing him with ESP cheats, which are used to grant vision of enemies through cover such as walls.

The Fortnite Guy showed the transaction made between JonnyK and the hacker, as well as screenshots and a recording of the screen-shared call, in which JonnyK went through the process of installing the cheats and getting immediately banned when trying to load into a game.

Direct messages supposedly sent between YouTuber ‘The Fortnite Guy’ and the individual responsible for selling the hacks were later shared to social media, appearing to show the pair had conspired to catch, and later expose, JonnyK in the act of purchasing and using the cheats. 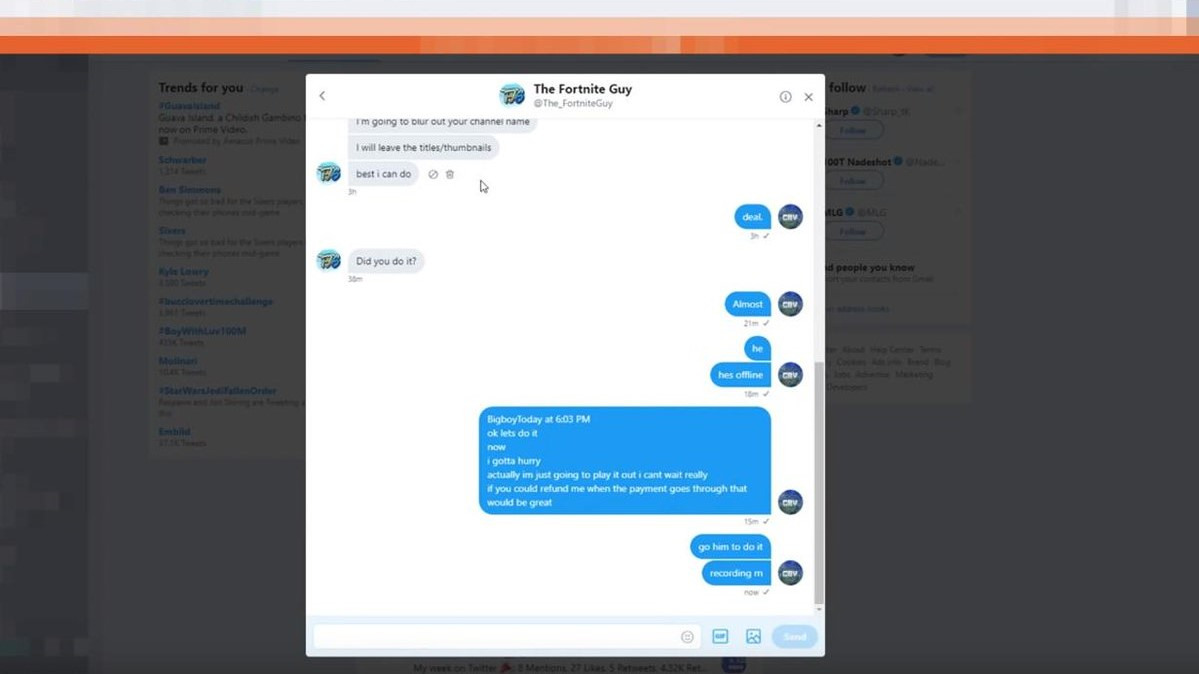 The hacker released a YouTube video explaining his involvement in the exposing, and claimed that ‘The Fortnite Guy’ told him to get JonnyK banned and record it for the purpose of his exposing video.

Team Kaliber issued a statement about JonnyK’s cheating on Twitter, saying that they have released him from their professional Fortnite roster after finding out he was intending on cheating in the World Cup Qualifiers.

After explaining that they had ended their relationship with him, they then went on to apologize to supporters for his “lapse in judgement.”

We have released Johnathan Kosmala from our Fortnite team.

We are shocked to learn that he was cheating during the World Cup Qualifiers.

This violation is serious and we have ended our relationship with him. We apologize to our supporters for his lapse in judgement.