There is a lot going on in the world of Fortnite Battle Royale, and the tag team of MonsterDFace and 2LoudTX is here to break it down.

The Fortnite experts have teamed up yet again in the latest episode of the Fortnite Podcast, in which they discuss some of the major storylines captivating the game’s vast player-base.

One such topic is the recent Butterfly Event, which was so positively received by players. The event was a one-time affair, meaning that players worldwide had to queue into a match by a specific time in order to experience it.

What resulted was a magnificent spectacle that led to some considerable changes to the map, especially in and around Loot Lake.

The pair also breaks down some of the last additions and changes to Fortnite, including the implementation and subsequent removal of the controversial 25% explosive damage penetration mechanic.

Recent updates have also introduced the all-new Balloons and Heavy Assault Rifle, both of which are glossed over in Episode 53 of the podcast.

And last but not least – TwitchCon. The finals of the $10 million Fall Skirmish competition series recently took place in San Jose, and both MonsterDFace and 2LoudTX attended. 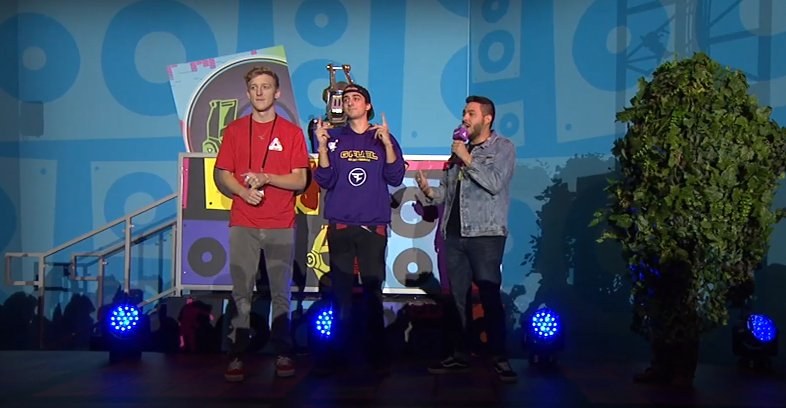 MonsterDFace casted the second day of the qualifying heats, while 2LoudTX represented the journalistic side of things, interviewing prominent pro players and content creators who were in attendance.

In Episode 53, both recollect the unique experiences they had at the event, offering viewers a glimpse into what it’s like behind-the-scenes at one of the biggest gaming conventions in the world.

Here is a preview video highlighting what viewers can expect in the latest episode of the Fortnite Podcast.

The full podcast is available for viewing, listening to, and/or downloading here: https://fortnitepodcast.podbean.com/