One of the biggest online outlets for Fortnite Battle Royale news and leaks is being forced to shut down by game developer Epic Games.

The owner of FNBRLeaks, Preston, announced on December 13 that he will be shutting down the popular outlet’s pages on social media, Discord, and YouTube as a direct result of Epic Games threatening to take legal action against him and his business.

“I am not going to go into specifics with this, but due to the request of an Epic Games Attorney, who I’m not going to disclose, my Twitter, Discord, YouTube, Instagram, and GitHub must be deleted, or else they will take action,” he tweeted.

“Thank you all for the support and followers over my 7 month span of the FNBRLeaks Twitter. Sadly, everything comes to an end.”

According to the last tweet posted on the FNBRLeaks Twitter page, the account would be shut down and deleted on December 13 at 4:45 PM PT / 7:45 PM ET. 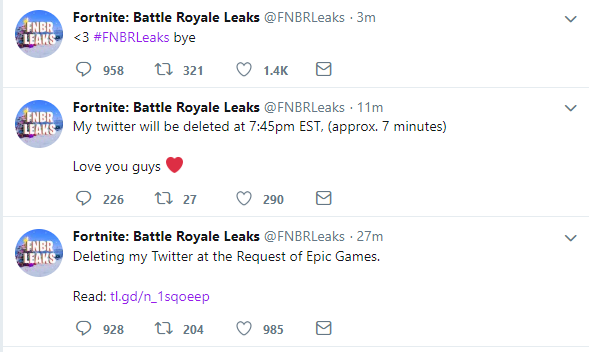 With over 243,000 followers on Twitter and 76,900 on Instagram, FNBRLeaks was one of the biggest names in the Fortnite data mining community.

Many turned to their page and website for the most up-do-date and latest leaks and news regarding the popular battle royale title, including upcoming cosmetic items, new Limited Time Modes, unreleased in-game content, and more.

Unfortunately, it appears that FNBRLeaks went a little too above and beyond when it came to leaking content, and Epic Games ultimately decided that enough was enough. 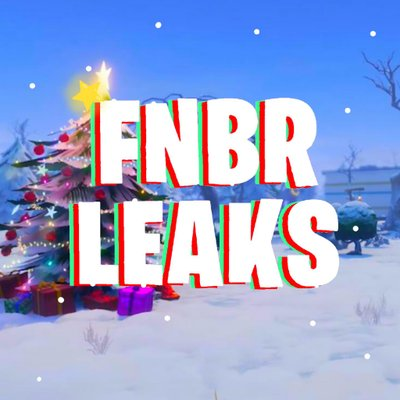 This is one of the first times that a huge Fortnite leaks outlet like FNBRLeaks has explicitly and publicly revealed that they’d been threatened with legal action by Epic Games, although it’s not the first time that an outlet has shut down its operations.

‘TwoEpicBuddies,’ a prominent German-based data miner, announced on November 5 that he was no longer in the leaking business, although he did not mention any threat of legal action and instead chalked it up to “I don’t feel like doing it anymore.”

What does this mean for the rest of the data mining community? Epic Games will hope that the shut down of such an established page will inspire fear in other leakers to discontinue their services.

However, it could also mean that Epic are admitting defeat when it comes to stopping unreleased and upcoming content from appearing in their game files, which is how these data miners have been leaking content since Fortnite grew to prominence in late 2017.