A new leak appears to show what Fortnite’s mysterious rift will eventually end up looking like and even claims that it will take the map “back in time”.

Coming from a relatively unknown leaking account called @sky_veter on Twitter, the information is far from guaranteed but has already started to make waves within the Fortnite community.

The data miner has shared an image of the rift in it’s final form, which will apparently occur on August 27, along with a caption that the event will end with the entire map being transported back in time:

“Finish with this ! Boom the map it’s going back on time! This gonna be 27th August!” 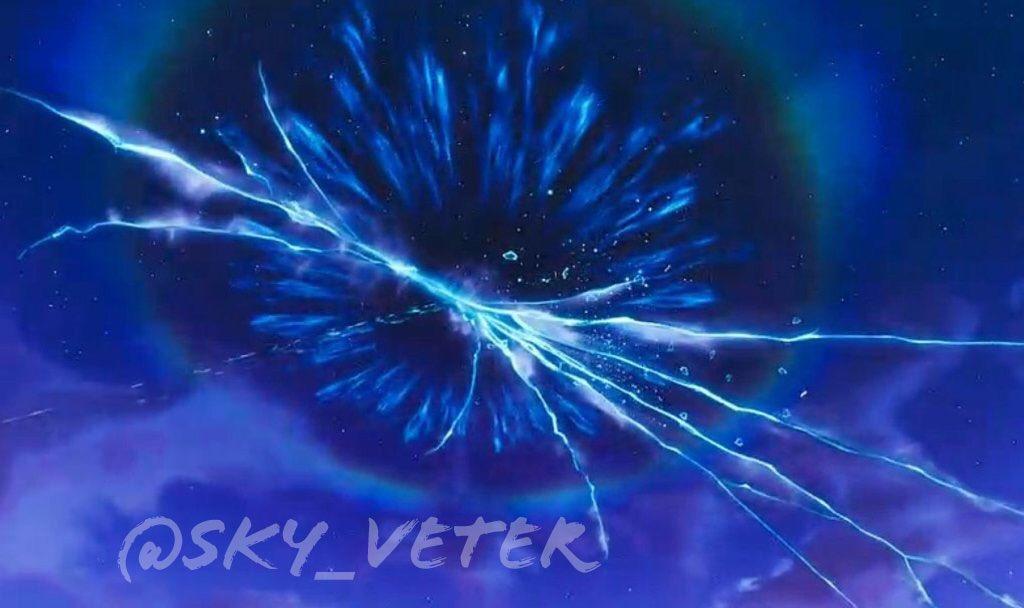 Unfortunately, sky_veter does not go into any more detail about the event and, at the time of publishing this article, none of the more recognized accounts have been able to confirm the information.

The large rift in the sky was caused by “The Visitor” at the end of Season 4 and it has been gradually shrinking ever since. 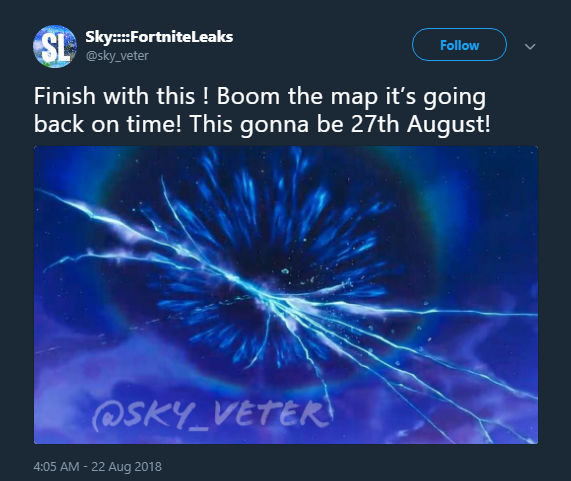 Previous leaks predicted that it would disappear altogether but nothing has come to pass just yet.

With Fortnite’s V5.3 update being postponed until Thursday, August 23, it is entirely possible that Epic Games are cooking up something exciting for the coming days.

If sky_vetor’s information proved to be correct, though, players will still have to hold on until Monday before they get their answers.