How to fix FPS drops in Fortnite Chapter 2 on PC, PS4, Xbox One - Dexerto
Fortnite

How to fix FPS drops in Fortnite Chapter 2 on PC, PS4, Xbox One

Fortnite players have been reporting multiple problems with their FPS and overall game performance with Chapter 2. So, here a few workarounds until Epic Games launch a patch.

Fortnite Chapter 2 has, undoubtedly, been a success for Epic Games since it launched on October 15. The end of Season 10 was followed a near two-day shut down of the game that left some wondering if it was actually ever coming back.

The battle royale did return with a fresh lick of paint, a brand new map, and a changed loot pool that is still being figured out as the developers haven’t released any patch notes. Yet, it’s not all sunshine and rainbows. Players have been reporting a litany of issues when it comes to the performance of the game, including FPS drops, general stuttering, and other graphical problems.

Fortnite Chapter 2 has been a hit, but it also has problems.

How to fix Fortnite FPS issues on PC

One of the main fixes that players can use is by simply capping their FPS at below 200 and not having it set to ‘unlimited’. Of course, there are other ways to add to that method so that you can ensure smoother sailing.

On the same settings page, it’s worth making sure that V-Sync and Motion Blur are turned off, while also having the Shadows set to ‘low’ instead of medium or epic capabilities.

In addition to that, some players have found that having the textures setting turned to epic has cut down on the stutters, but big movements when moving the camera around will cause some issues, so this is more of a case by case basis. 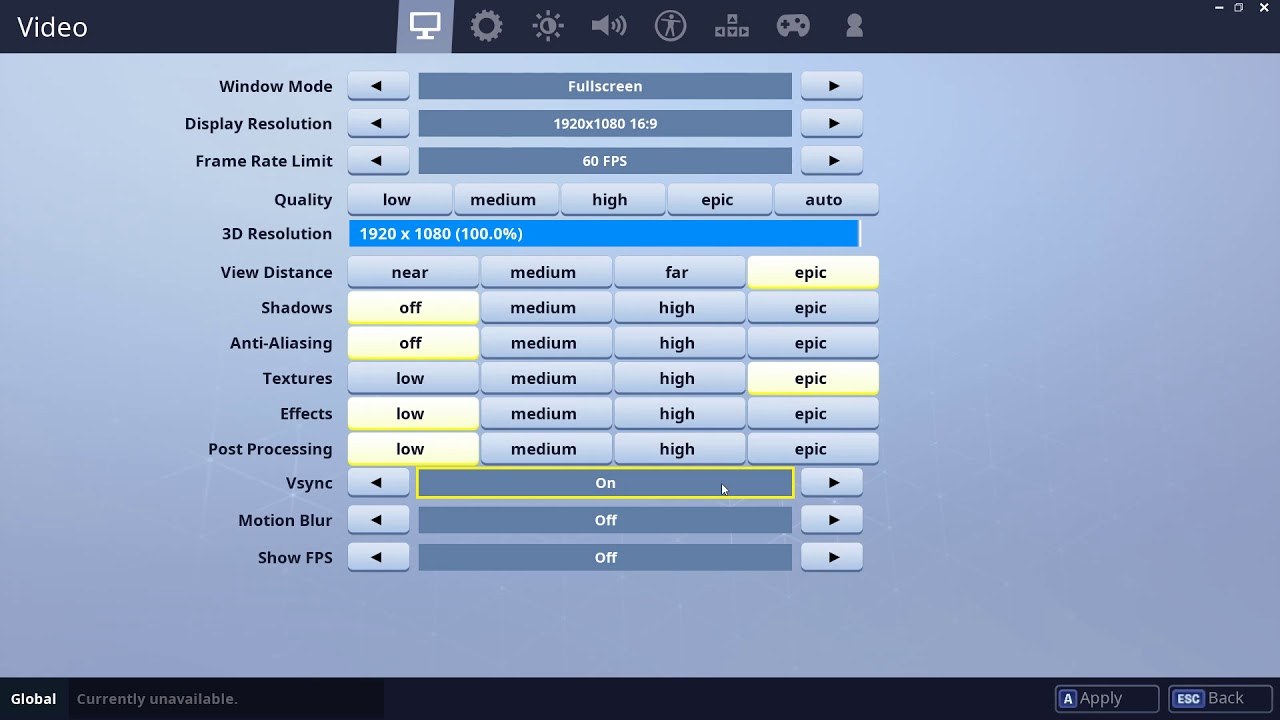 PC Fortnite players will want to cap their FPS instead of being unlimited.
[ad name=”article3″]

How to fix Fortnite FPS issues on PS4 and Xbox

For console players, there are not as many solutions as PC considering the difference in settings options and hardware itself.

One workaround that has been around for some time is switching the replays settings off in the video menu, but that’s only a tiny help.

The developers have noted that they are working on the issues but have not confirmed when a proper fix will be in place. They have, however, been able to dispell the changing sound quality fix, so that’s worth ignoring.

Of course, the workarounds will vary based on the hardware you’re running the game on until a patch, so it’s worth tweaking as you go to find what ways work for you.