A brand new hidden banner for Week 8, Season 8’s Discovery challenges has been planted somewhere on the eighth set of weekly challenges includes a clue to help gamers in their quest to find the secret banner.

While the location can quite often be difficult to find, we’ve put together a very simple guide to help you along the way. After all, who doesn’t want to level up their Season 8 Battle Pass? 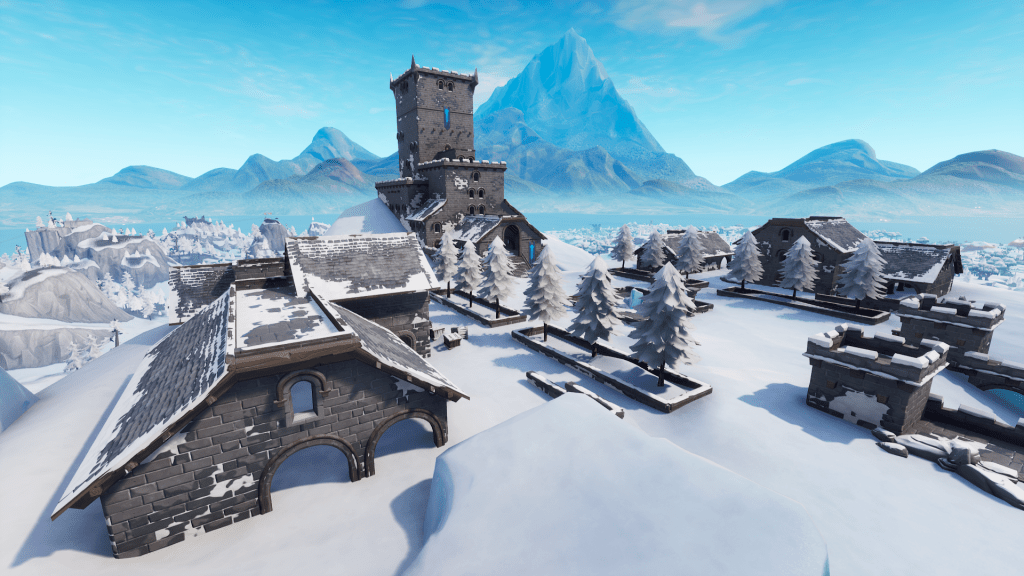 Where is the clue in the Week 8 loading screen?

As has been the case in both Week 6 and 7 during Season 8, the loading screen for Week 8 isn’t an image that shows you the type of location the banner can be found in.

It does, however, include four co-ordinates (B6, B7, C6 and C7) which will take you to the segment of the map you need to visit. This is highlighted on the loading screen below. 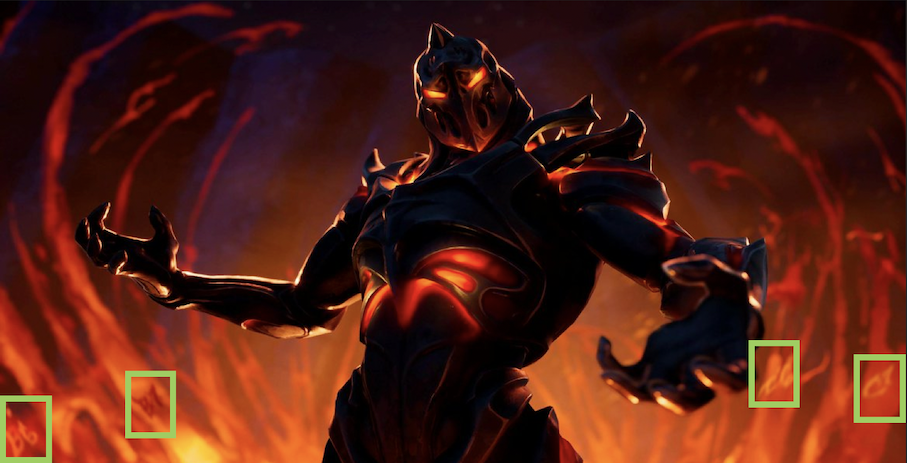 Here’s the clues for the hidden banner, from the Week 8, Season 8 loading screen.
[ad name=”article3″]

Where is the Week 8 hidden banner?

The co-ordinates will take you near both the Polar Peak and Viking Village points of interest, but the banner itself will actually placed right on the old Greasy Grove site – which is now a frozen lake.

Where each of these four quadrants on the Fortnite Battle Royale map meet is where you will find the hidden banner for Week 8, as seen on the following map. 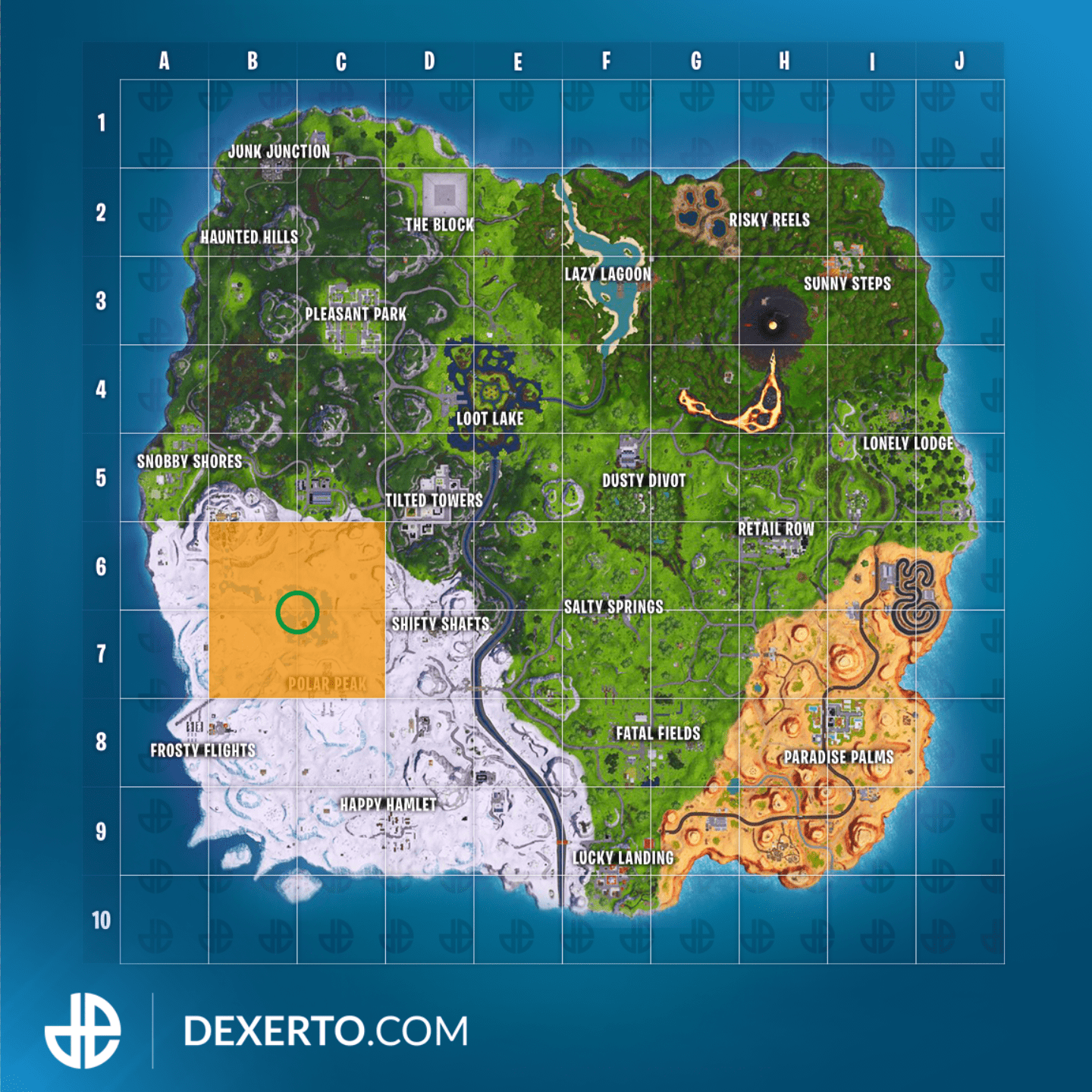 Head over to the middle of these four quadrants and the Week 8 hidden banner will be waiting for you. 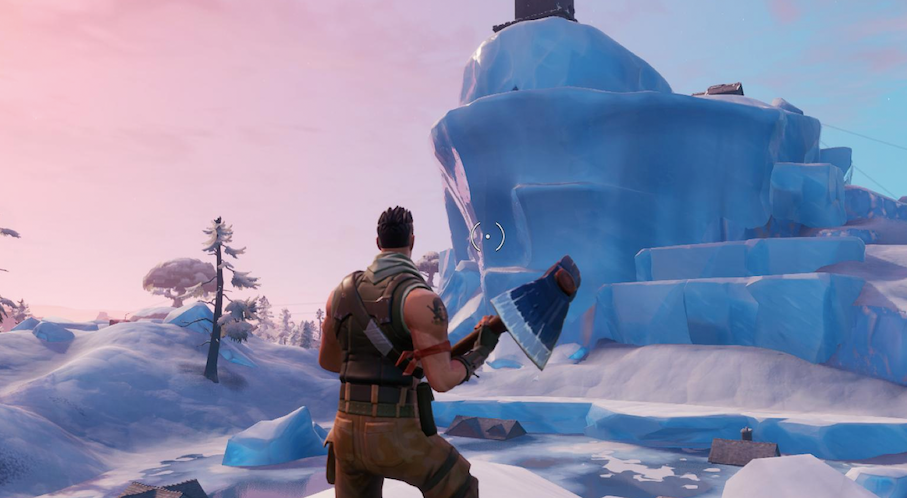 This is what the location of the Week 8 hidden banner will look like.

It’s worth noting that the hidden banner can only be collected once players have finished all of the Week 8, Season 8 weekly challenges, so make sure they are complete before heading to this location.

If you haven’t yet finished completing the seven new tasks, we have already put together some useful guides which could help you along the way. These include locations of the big telephones in Fortnite Battle Royale and a guide on how to search the treasure chest map at Paradise Palms.

Players who have completed 55 of the Season 8 weekly challenges will get their hands on the new Ruin skin too, so there’s plenty of incentives to finish this week’s offering.