Fortnite world records are made to be broken, and the crown for most eliminations by a trio in a squad match has finally changed hands for the first time since June 2019.

Fortnite players are constantly trying to find eliminations in the popular battle royale title, as they attempt to win matches and secure Victory Royales. Sometimes, in the pursuit of success, players can even etch their name into the history books.

That’s what happened for a trio of Belgian players — Paragon-Hunter, Dhont_Eli, and NoiDestroy — on PS4, who dominated their opponents in a squad match to take their place at the top of the tree for eliminations against teams of four. 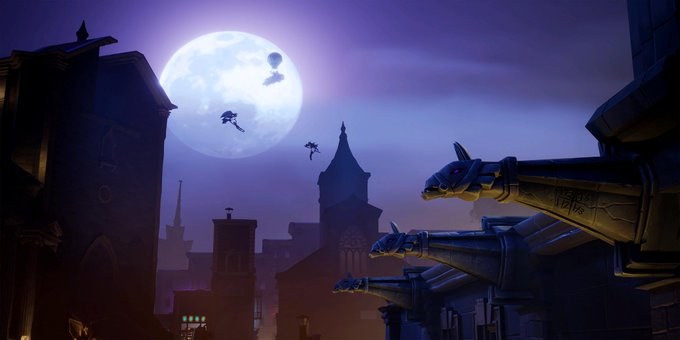 Gotham was the home of many eliminations for this world record.
[ad name=”article2″]

The squad got off to a hot start at the very beginning in the match by landing in the Gotham City rift zone and quickly laying waste to all the opponents there.

By the time they moved out of Gotham, they had already racked up 29 eliminations.  The team then moved into Loot Lake, which ended up being their last rotation and the game concluded with the team claiming 50 eliminations total.

In doing so, this squad was able to beat the previous Trios vs. Squads world record by one, making them the new record holders.

Records are made to be broken, but it seems like this one will be a tough one to top – but people thought the same with the previous one as well.

Getting 50 eliminations in a match is nothing to scoff at, especially when you consider it’s half the lobby in a game.

The real eye-opener in this is the squad was able to do it with just three people, which means they went against full squads while being down a person.

Dhont_Eli finished with 13 eliminations, NoiDestroy with 21, and Paragon-Hunter had 16, helping them eke just past the record.

We’re always looking for Fortnite world records, so if you think you’ve set one, feel free to reach out with your proof and we’ll update our information accordingly.