The professional Fortnite player decided that he needed a break from streaming on September 13, revealing that it was having an emotional toll on him. He hasn’t gone live on his channel since.

However, with him choosing not to broadcast sessions on the Epic Games title for the time being, a large majority of his fans are missing some of his most impressive plays yet as he’s continued to play away from the camera. 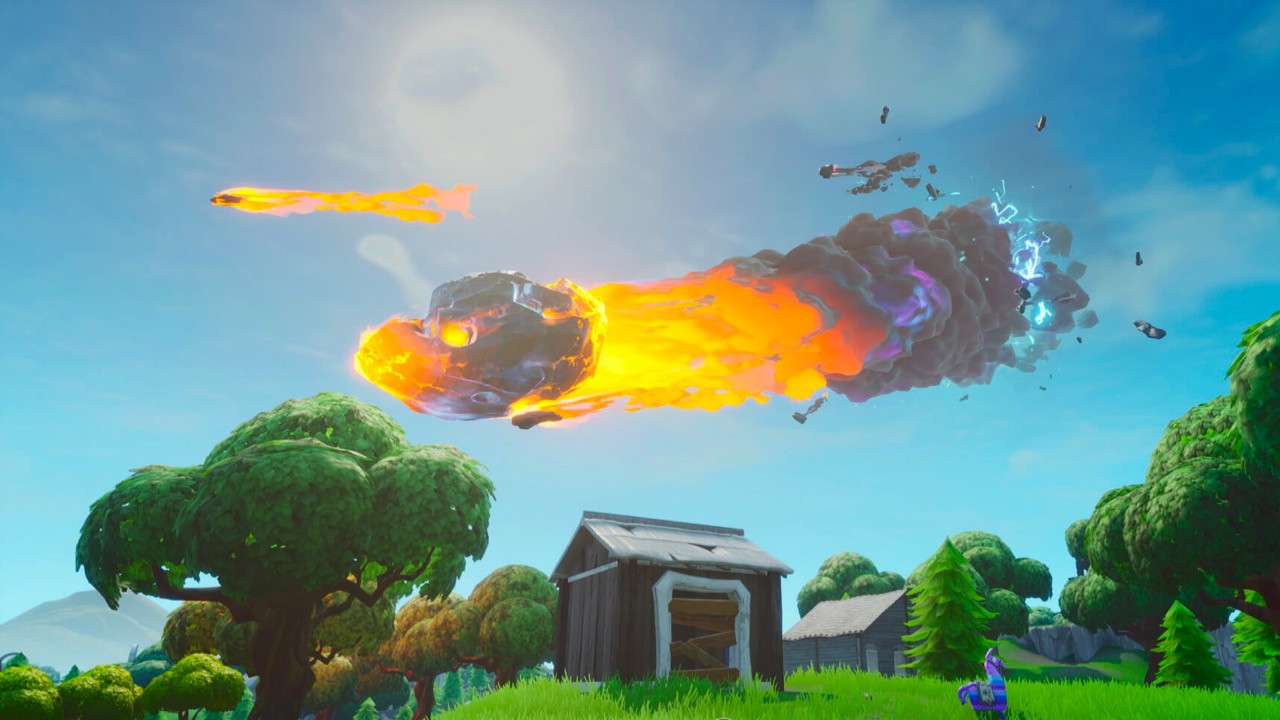 Fortnite players can land on the meteor and smoke that surrounds it. Not everybody can pull off what Tfue did, though.
[ad name=”article2″]

As any Fortnite player will know already, matches start with everybody diving off the Battle Bus at some stage, landing in all sorts of different places across the map.

In Season 10, though, there’s a way of dropping much earlier than everybody else and Tfue used that to his advantage in a clip shared to Reddit on September 22.

After landing on the huge meteor explosion in mid-air, he picked up one of the most basic weapons to be found inside chests – the Heavy Assault Rifle. Instead of continuing to loot, though, he turned his attention to those still falling from the sky, knocking one as they dropped and sensationally picking off a second player with another perfect shot.

Of course, this won’t be the first time that his fans have seen him make an incredible move at the very start of a Fortnite game, after he incredibly picked out llamas on the map right from the spawn island back in July.

Whether the streamer will be returning to Twitch at any point in the near future or not remains to be seen, but there’s no doubt that he would have thousands of people flock to his channel for even more of these astonishing plays.