With so much emphasis put on building in Fortnite Battle Royale, a new editing trick has surfaced online that players should start using as soon as possible.

This new trick allows players to replace an enemy player’s built wall with their own, all while protecting themselves and not being exposed to any potential counter-fire.

Pulling off the method is relatively simple – the first step requires the attacking player to build a ramp between them and the target wall.

Then, while that ramp is being formed, the player must get close enough to the enemy’s wall and break it down through the ramp, immediately placing their own wall in its place.

The key here is to locate the critical damage point on the wall that’s underneath the ramp and strike it there, as that critical damage will be enough to destroy the wall with one swing of the pickaxe while still leaving enough health for the ramp to remain standing.

There are several reasons why this trick can be a powerful addition to anyone’s arsenal of moves. First of all, trying to break down and replace an enemy’s wall the traditional way can be hard to do because the enemy player can just sit there with their building interface out and spam build a new wall in the old one’s place.

However, by doing it from behind the cover of a ramp, the enemy will likely be caught off guard by their wall getting destroyed, which gives the attacking player just enough time to place their own wall.

The result then gives players a huge advantage during build fights because they can now edit the wall as they please and also place trap items onto its surface.

Furthermore, having the ability to destroy the target wall through a ramp while not destroying the ramp itself is crucial in keeping the player safe from a counterattack. 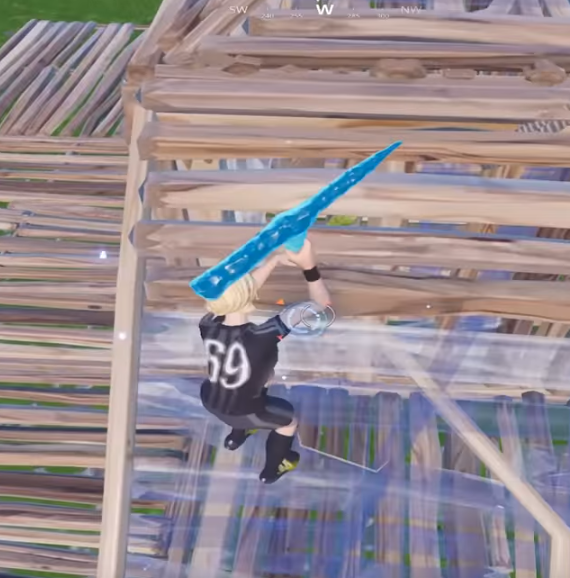 Hitting the critical point of the target wall with your pickaxe is important because it destroys the wall without destroying the ramp.

Team SoloMid Fortnite pro player ‘Myth’ showcased this new edit trick during a match he played live on his stream, and it’s quite clear how effective and powerful it is when executed correctly.

While the enemy protected their wall with spam builds, Myth was able to throw him off by building the ramp, which gave him the perfect distraction to replace the wall, edit it open, and aggressively push through and eliminate his opponent.