Another fan-made area has been added to the Fortnite Battle Royale map, with ‘Mysterious Markets’ replacing Risky Runways at The Block.

‘The Block’ was added just shortly after the launch of Season 7, as a large slab replaced Risky Reels, and players were encouraged to use the new Creative mode to create their own named locations to in the spot.

The new location clearly takes some inspiration from the infamous Tilted Towers, with lots of buildings and retail areas, plus a large clock tower in the center. 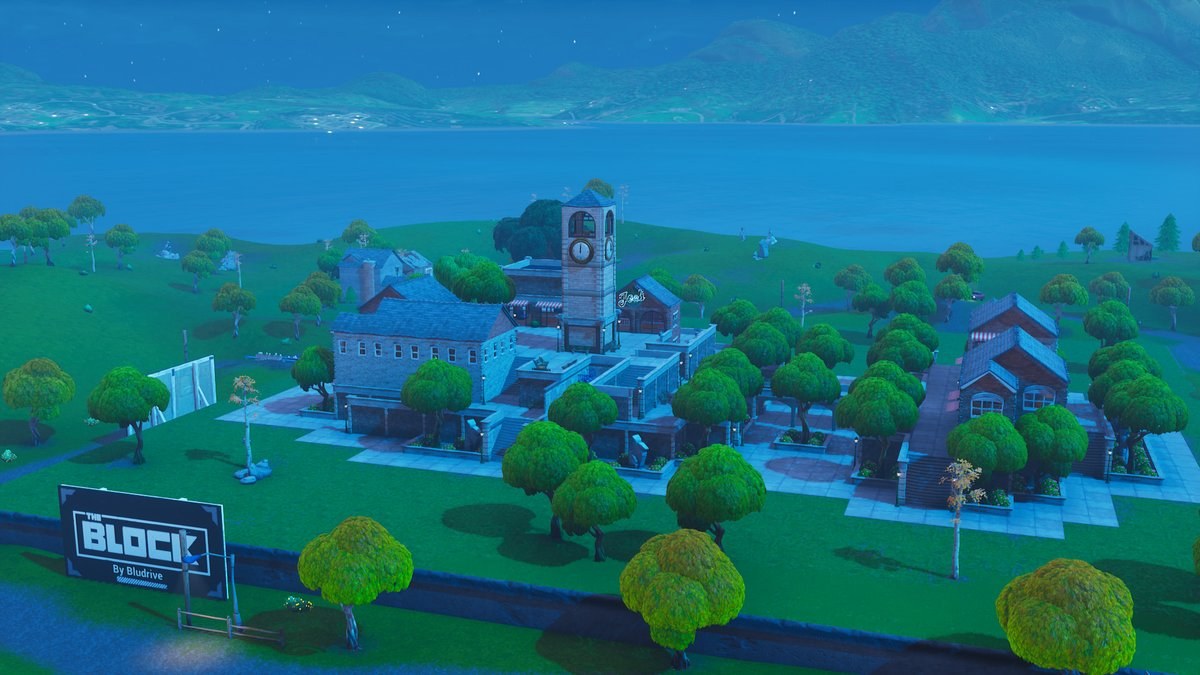 The new ‘Mysterious Markets’ location at The Block.
[ad name=”article2″]

Created by ‘Bluedrive’, as shown on the signs surrounding the new area, Mysterious Markets provides tight, corridor shooter-like action, where shotguns and SMG’s will reign supreme.

There’s also plenty of roofs to build up to and get on top of and get some longer lines of sight.

Tfue was one of the first players to experience the block, but his first impressions were spoiled somewhat by this odd glitch with the tire jump. – but at least it gives a good look at the area.

It seems that these new locations last roughly a week before being cycled out for another creation, giving players motivation to continue making new interesting location ideas.

In the December 30 content update, Epic Games added new ‘Ice Castle’ prefabs to creative mode, meaning that players might be able to focus on a wintery creation for the next Block submission.