New data shows that while Fortnite still remains on top in revenue when compared to other battle royales, it has dropped significantly from 2018 to 2019.

Fortnite makes a killing on cosmetics by updating the item shop daily with new options, but the revenue has taken a major hit year-over-year.

According to data revealed Edison Trends, the revenue has dropped 52% from Q2 2018 to Q2 2019. Of course, there are a lot of factors that could have come into play here. 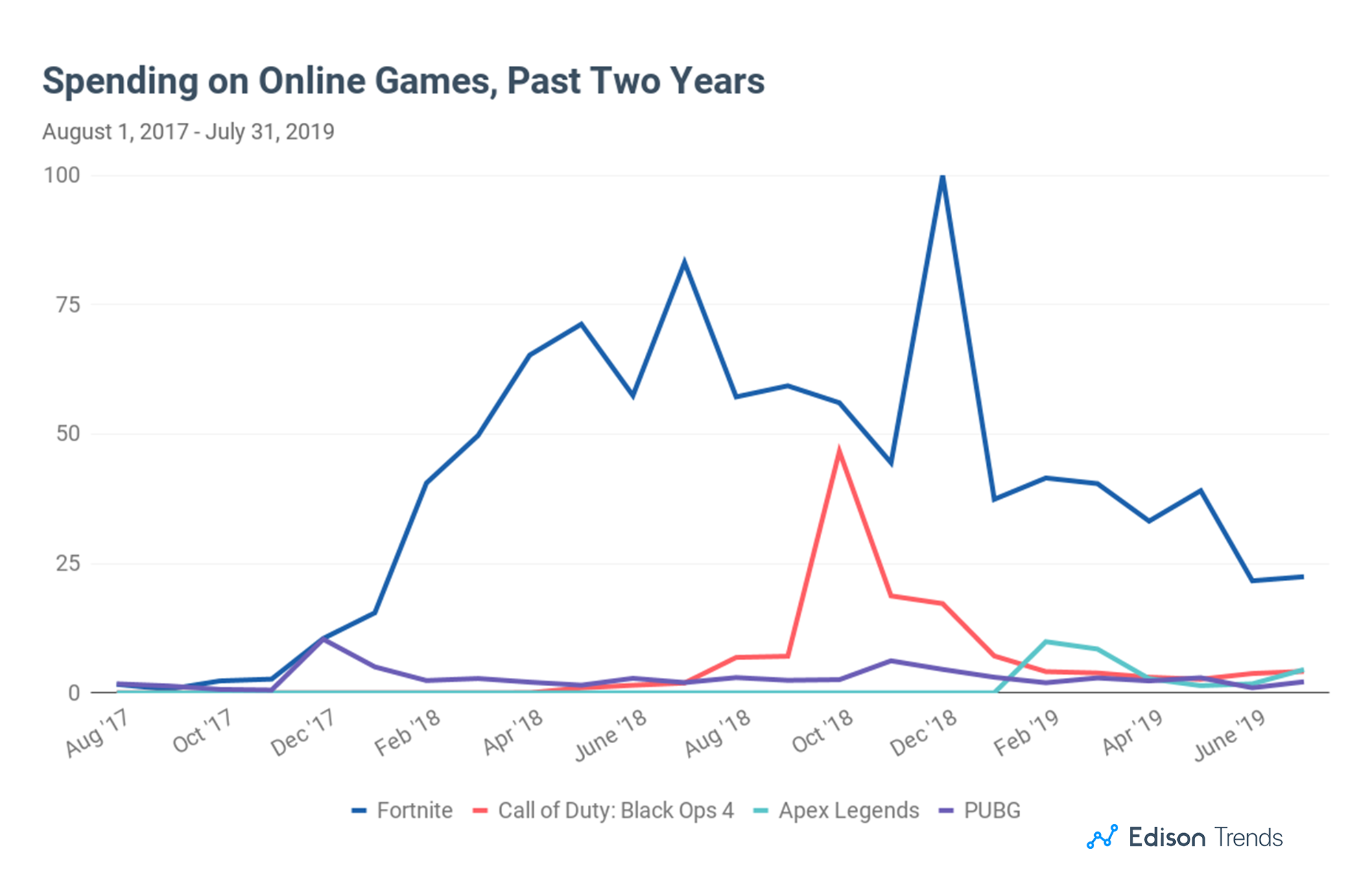 Fortnite popularity was massive in 2018 due to its fresh appeal and the ability for new players to jump in without much issue.

This led to more people throwing money at the game since they were having tons of fun with it, but something changed in 2019 that led to a decrease in spending.

By the time of the 52% drop, it was Season 9, which means Fortnite was being hit hard by the community due to the Baller meta and several other things.

At this point, Fortnite was a lot less noob friendly and if you weren’t a day-one player who knew how to build, it was pretty hard to get into and remain competitive.

Fortnite revenue has dropped significantly, did Season 10 keep it that way?
[ad name=”article4″]

Fortnite remained on top of all the battle royales so although there was a drop, it wasn’t enough to knock it out of the number one spot which shows how much staying power Fortnite has.