A Fortnite Battle Royale Twitch streamer has shattered his monitor in a moment of rage after a loss, leaving him and his viewers shocked.

Everyone knows what it feels like to lose a close-fought battle. Some people get over it by meticulously skimming over the replays to figure out where you went wrong. Others don’t bother to dwell on it, taking each game in their stride and laughing it off.

However, there are those people who have to let out some steam. Whether it’s by yelling, smashing your table, or generally wriggling around in your chair, some players can only get over the tilt by raging a little. 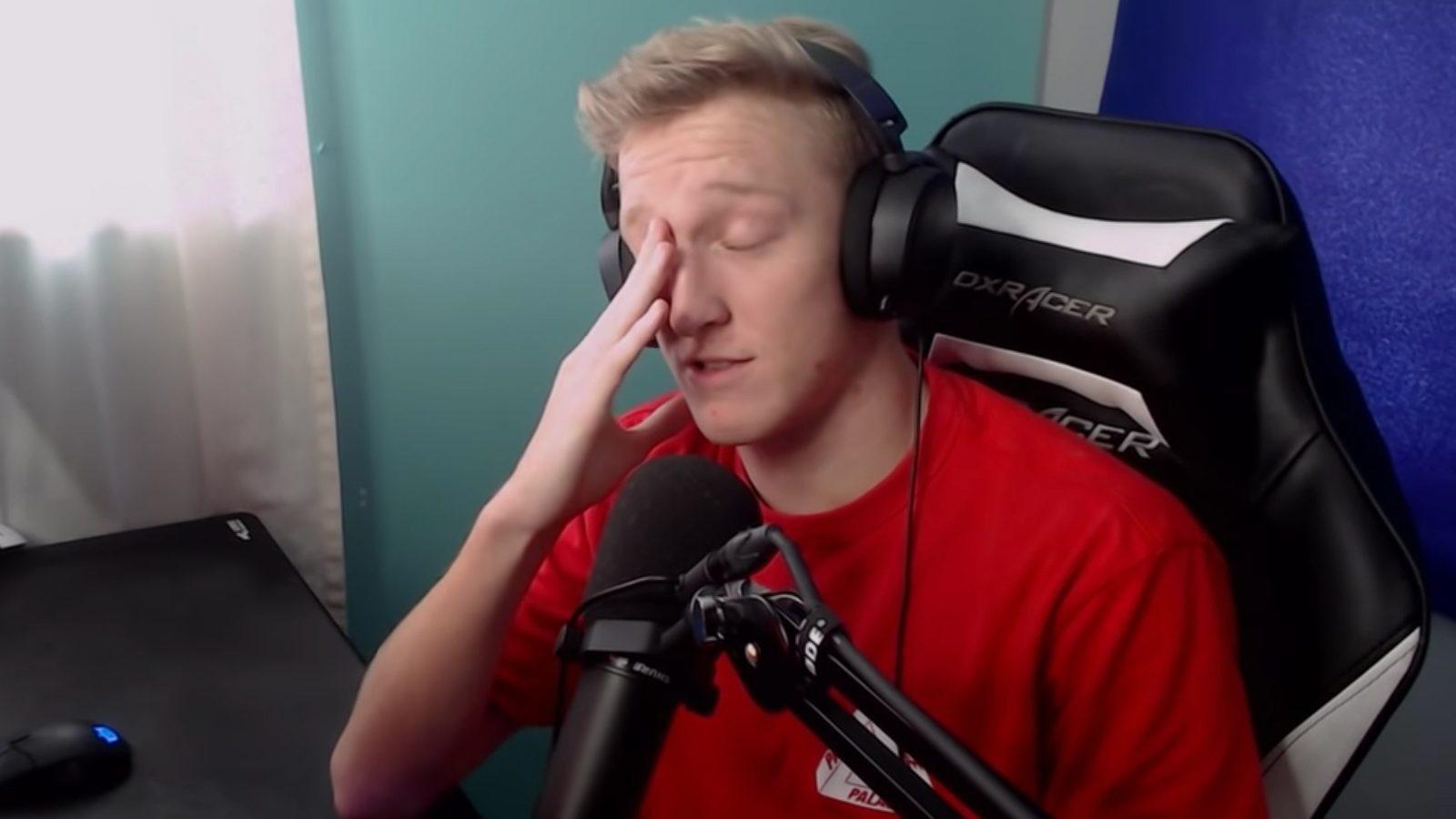 Everyone loses their cool from time to time – just ask Tfue.

Sometimes though, things get messy – and expensive. Fortnite streamer ‘tetsufn’ saw that for himself after tilting during an intense build battle. As the final circle started approaching, and the number of players were whittling down, Tetsu was setting himself up for success.

However, he was met with resistance with about 20 people to go. While he tried to get around it, he fell victim to a rogue spike trap, leading to him calling his adversary “b***h” and flinging his keyboard across his desk.

What was on the other side of his desk though was a precious monitor which he used to keep an eye on chat. His keyboard went right through the screen, smashing it and causing a massive tear in the display.

In the adrenaline rush, the streamer could only manage to scream in shock.

He panned his camera onto the second screen to show off the damage, and it was pretty nasty. While not completely unusable, there’s not a hell of a lot he can do with it with that much damage. As for his keyboard, it seemingly escaped unscathed from the fit of rage.

He later uploaded a better photo of the destroyed monitor on Twitter, captioned with a “:(“ that spoke 1000 words. The screen is completely cracked, with black bars running across the entire right third of the monitor.

He won’t be without a second monitor for long, with the streamer announcing that he has indeed bought a new one to replace it. However, the 144hz curved beast is likely to be more valuable than the one he just lost so, hopefully, he takes a bit more care when playing around it.

After that, Tetsu ended up stepping away from his PC and getting a breather, which is always the smart thing to do when you begin tilting. He also learned a valuable lesson about being a bit more careful when letting his emotions get the better of him.