Fortnite Design Lead at Epic Games, Eric Williamson, has detailed changes to shotguns that are planned for the upcoming v6.31 update, which will be music to the ears of many players.

Shotguns have been possibly the most contentious weapon types in Fortnite, considered overpowered and then underpowered over six seasons worth of changes.

Fixes to prevent ‘double pump’ (where players could switch rapidly between two shotguns to eliminate the ‘pump’ animation), nerfs to damage and range, and the addition of powerful SMG’s, have all left Shotguns feeling neglected in Fortnite.

Although there was certainly issues with Shotguns being over used at close range previously, many players feel Epic Games went too far in the other direction, but Williamson and the team are looking to address this.

Posting on Twitter on November 20, Williamson says the changes will rebalance the Pump Shotgun to “improve effectiveness”, plus a major change to the damage output of all shotguns.

They will now have a minimum damage of three pellets – even if only two pellets hit – which should all but eliminate the inconsistency which players often experience using pellet based weapons.

The upcoming 6.31 update will include a Pump Shotgun rebalance to improve effectiveness: damage will increase in close quarters and range will be reduced slightly. Additionally, ALL shotguns will have a minimum damage of 3 pellets (even if only 1 or 2 hit).

The upcoming 6.31 update will include a Pump Shotgun rebalance to improve effectiveness: damage will increase in close quarters and range will be reduced slightly. Additionally, ALL shotguns will have a minimum damage of 3 pellets (even if only 1 or 2 hit).

Williamson further clarified how damage will work with the rebalanced shotguns in response to a user on Reddit who was worried that the damage would still be too low. 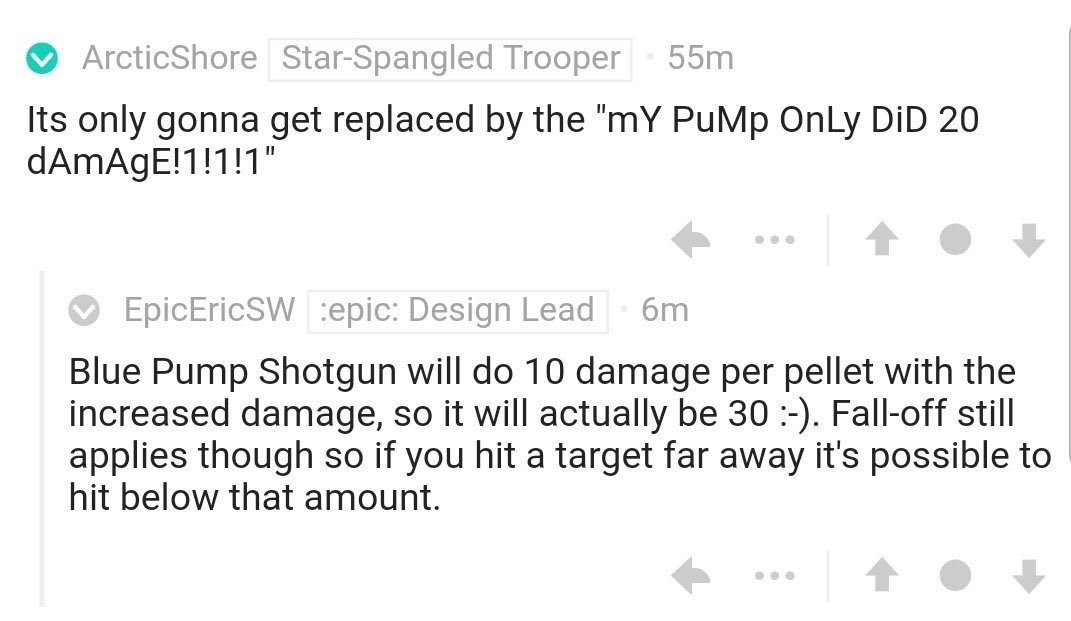 To prevent the Pump Shotgun becoming too powerful though, the range is to be reduced slightly, which should keep its place in the meta appropriate – powerful up close, almost ineffective at range.

The other shotguns (tactical, double barrel and heavy), will presumably now compete better with SMG’s at close range, and should always win against an Assault Rifle.

This is the kind of change which players have been vocal about, and although further tweaks will likely be needed, many will see it as a step in the right direction.