The first tournament of Epic Games’ Fortnite ‘Fall Skirmish’ competition series is taking place on September 21 for both the European and North American regions.

The Fall Skirmish is a six-week long series that features a $10 million prize pool. Competing in the tournament are popular content creators, pro players, and special Epic Games invitees.

All weekly tournaments for the Fall Skirmish will be live-streamed on Fortnite’s Twitch channel, which we have included below. The personal streams of some of this week’s competitors are also available in the ‘Additional Streams’ section at the bottom of this page.

A live bracket for the tournament is provided by Epic Games on their event page, as well as all of the participating Duos teams.

The first week’s competitive event will feature a six-match Duos format called Hold the Throne, which puts priority on both in-game placements and elimination totals.

The top ten finishing Duo teams will receive a monetary prize based on the breakdown shown below. The player who gets the most eliminations in any single match will also receive a $50,000 bonus prize.

In addition to the cash prizes, the top ten placers will also earn special points for their respective Clubs. For more information about how the new Clubs system works in the Fall Skirmish, visit our article here. 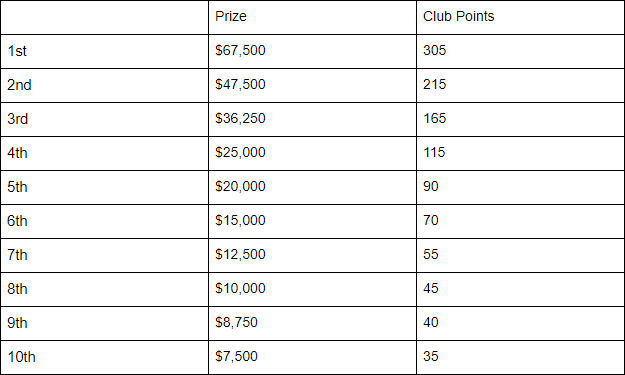 The first week of the Fall Skirmish will also feature a trials event, which will be open to all Club members. Players within each Club will form teams of four and queue into Squads matches.

The five squads that accumulate the highest number of eliminations over the course of a single match will be awarded prizes and points.