Fortnite Challenges for Week 6 of Season 5 Have Been Leaked

The challenges for Week 6 of Season 5 in Fortnite: Battle Royale have been leaked online.

As usual, the challenges have been discovered in game files and leaked out several days ahead of when they would normally be released in-game, which is likely to be on August 16.

Here is the full list of the upcoming week’s challenges, courtesy of FNLeaks, a news and leaks outlet for the popular battle royale title. 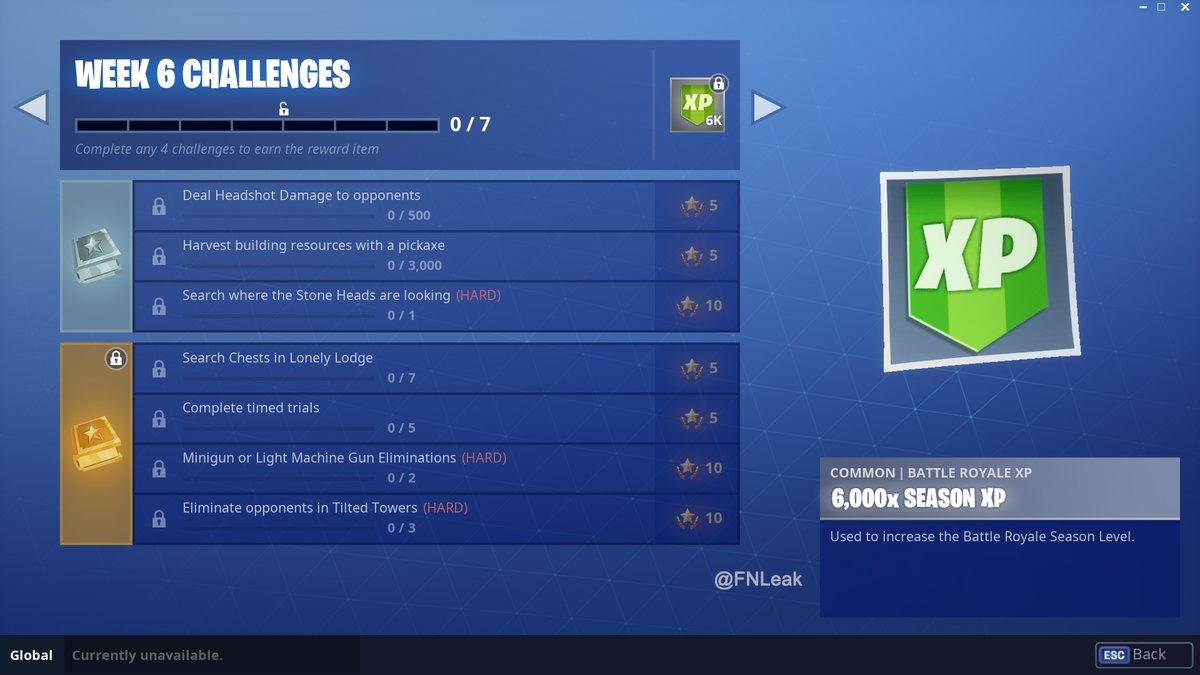 Most of these challenges look similar to ones from previous weeks, with the exceptions being the one that involves completing timed trials and finding where the Stone Heads are all looking.

While these leaks usually end up being spot on, there is always the chance that Epic Games may make some last minute changes before releasing them.

However, according to FNLeaks, these challenges are unlikely to change unless there is downtime for next week’s Content Update, which is unlikely to be the case.

Once they are officially launched, we will provide in-depth guides on how to complete each challenge, along with an all-inclusive “cheat sheet” map.