Fortnite Challenges for Week 5 of Season 5 Have Been Leaked

The challenges for Week 5 of Season 5 in Fortnite: Battle Royale have been leaked online.

As has become the norm nearly every week, data miners have discovered and leaked the challenges several days before they are due to be released in-game, which is likely to be on August 9. 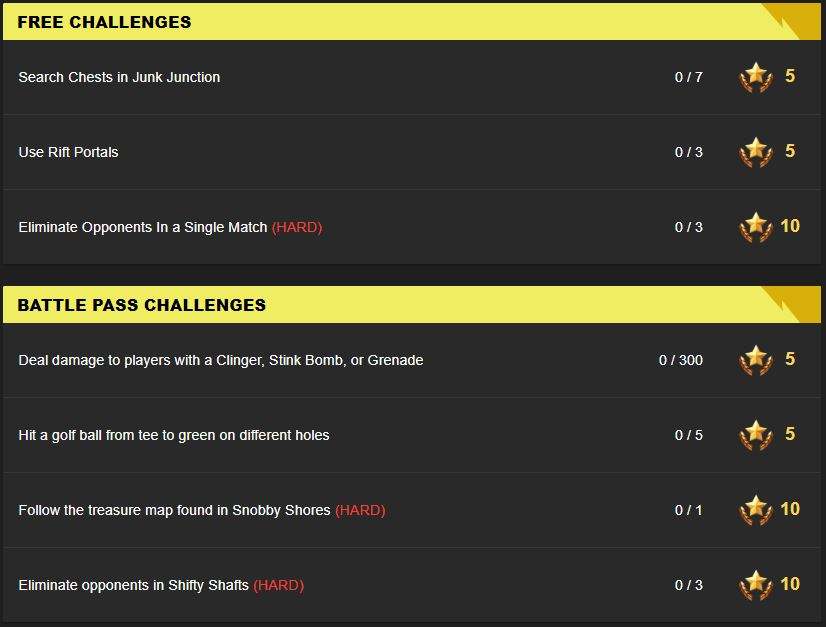 Most of these challenges are similar to ones from past weeks and seasons, with the exception of the one that requires hitting golf balls onto greens.

This is the first week that has featured a challenge involving the golf ball emote, which is only available to those who have reached a certain level on the Battle Pass.

While Fortnite Tracker’s leaked challenges are usually spot on, there is always the chance that Epic Games may make some last minute changes before activating them in-game.

Once they are officially launched, we will provide in-depth guides on how to complete each challenge, along with an all-inclusive “cheat sheet” map.