Fortnite challenges for Week 2 of Season 6 have been leaked

According to leakers, the weekly challenges for week 2 of season 6 in Fortnite have been discovered – and feature some very interesting new tasks.

A lot has changed in Fortnite following the start of Season 6, but one thing hasn’t changed, and that’s the weekly challenges being leaked online well ahead of time.

For week 2, there are a number of new challenges which are specific to some of the new features, including the corrupted zones and the new shadow stones.

Bear in mind that this is a very early leak for the challenges, and Epic Games sometimes change them before they go live (expected on Thursday October 4).

See the leaked week 2 challenges below, courtesy of @CrossLeaks 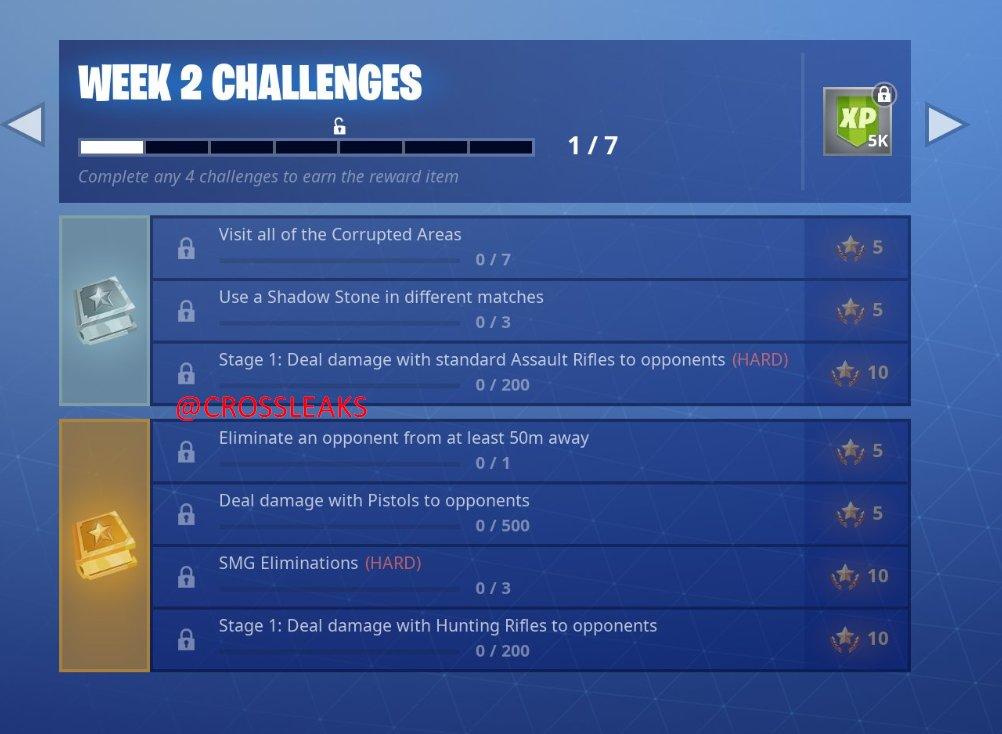 Like last season, it is expected that the challenges with stages will have a total of three stages, but the second and third stages are unknown until the first is completed.

Also notable is that one of challenges tasks you with using Shadow Stones, which could be problematic given the numerous glitches that they have caused, with Epic Games having to disable them numerous times already.