Fortnite Challenges for Week 10 of Season 5 have been leaked

The challenges for Week 10 of Season 5 in Fortnite Battle Royale have been leaked online.

As usual, the challenges have been discovered in game files and leaked out several days ahead of when they will be released in-game, which is likely to be September 13.

Here is the full list of the upcoming week’s challenges, courtesy of ‘siloxleaks,’ a news and leaks outlet for the popular battle royale title. 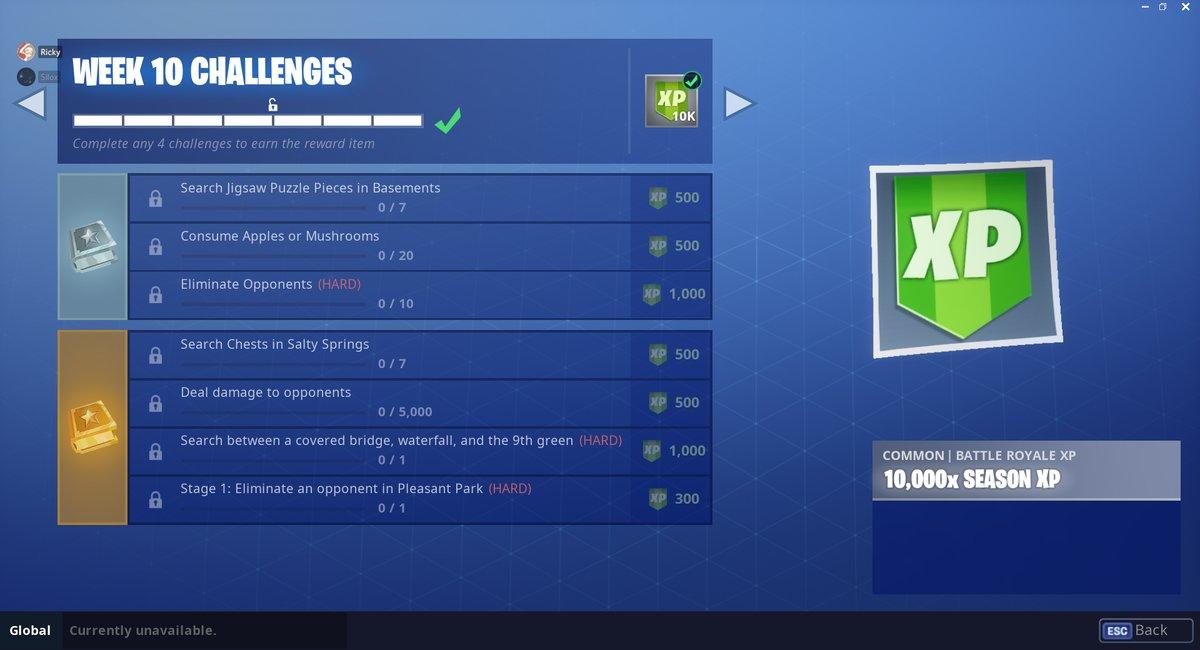 It looks as though the Week 10 challenges will include yet another challenge that will be made up of three different stages. The stages for this particular challenge have also been leaked, and can be seen below.

There is also a brand new type of challenge included in this week’s set, and it involves finding seven ‘Jigsaw Pizzle Pieces’ in basements.

While players will have to wait until the challenges go live in-game for more information, this one could end up being similar to other ones that require looking for specific objects, such as Gnomes and Rubber Ducks.

Although these leaked challenges usually end up being spot on, there is always the chance that Epic Games may make some last-minute changes before releasing them. This is unlikely though.