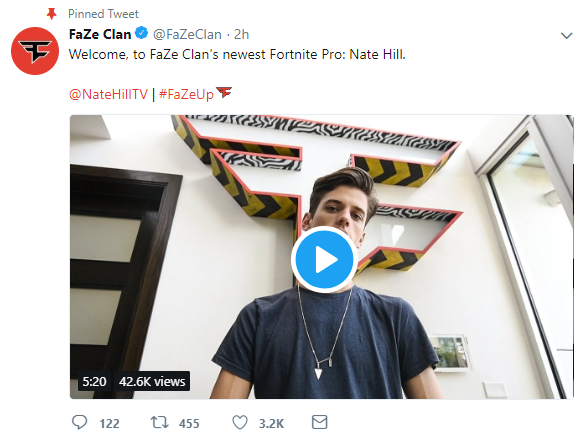 Nate Hill also confirmed the news with a post on his own Twitter page, which he had been hinting at since the day before.

As a competitive Fortnite player and streamer, Nate Hill has consistently been a participant of the ongoing $8 million Summer Skirmish tournament series.

As of now it is unclear what kind of role the new addition will have in the team, and whether or not FaZe will make any additional roster moves going forward.