Nintendo have just announced that an exclusive Fortnite skin plus 1,000 V-Bucks will be part of a new Nintendo Switch bundle.

The bundle, revealed on September 18, will include a Nintendo Switch, Joy-Con controllers, a controller grip, Fortnite ‘Double Helix’ skin and 1,000 V-Bucks will release on October 5.

The Double Helix isn’t just a skin either, as it will also include an item of back bling, a glider and a pick axe – all exclusive to this Nintendo bundle.

The popular battle royale game launched on the Switch back in June 2018, completing the lineup of devices which Fortnite can be played on – pretty much everything at this point.

There was no exclusive items for Nintendo Switch when Fortnite first launched on the device, but that will change on October 5. 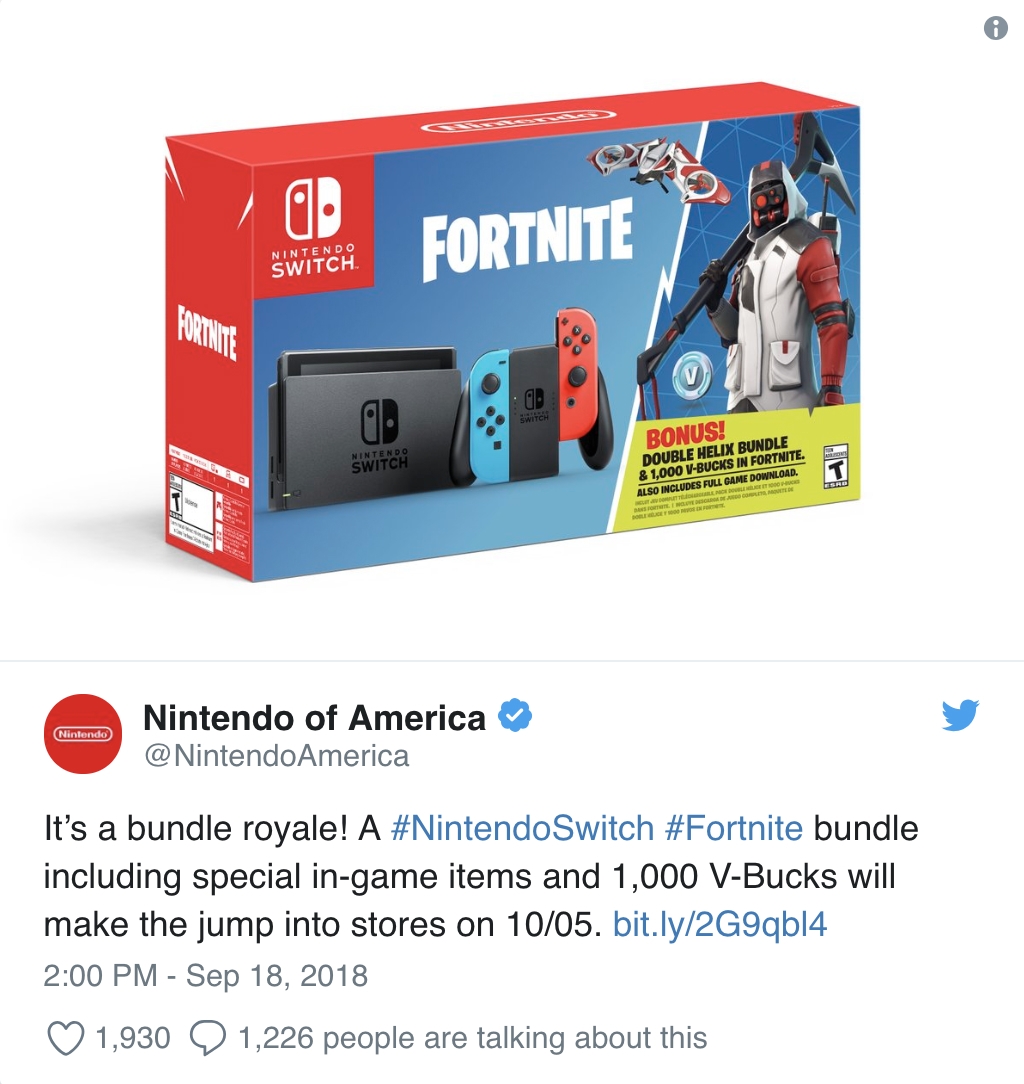 The Nintendo Switch: Fortnite – Double Helix Bundle includes a Nintendo Switch system, 1,000 V-bucks (in-game Fortnite currency) and the Double Helix Set – consisting of a unique Character Outfit, Back Bling, Glider and Pickaxe. The included V-Bucks can be used to purchase a Battle Pass, which unlocks additional in-game content for the free-to-play game, or can be used to purchase other in-game items.

The bundle will cost $299.99 from the official Nintendo online store.

Developers Epic Games have shown in the past that they are not afraid of locking skins behind exclusive partnerships with device makers. The launch on Android was part of a deal with Samsung, and included a ‘Galaxy’ skin only available to Samsung Galaxy customers.

PlayStation 4 users have also been blessed with numerous exclusive items, thanks to Epic’s deal with Sony, giving PS Plus users more skins and bundles than their Xbox counterparts.