Data miners have discovered a brand new skin that may be coming soon to Fortnite: Battle Royale.

Called the ‘Grill Sergeant,’ the new skin is of Uncommon rarity and appears to be part of the Durrr Burger set, which was released recently in the Item Shop.

Fortnite YouTuber ‘Trimix‘ was first to report this new skin, posting images and a video of it as it would appear in-game. 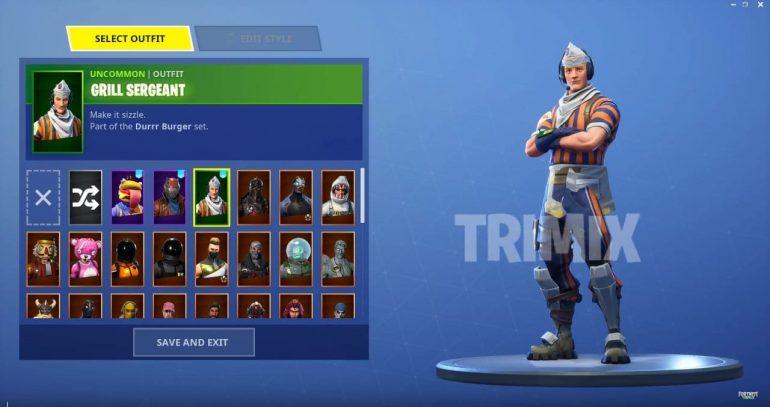 The Grill Sergeant wears an orange and blue striped shirt, blue pants, and blue gloves, along with what appears to be a glitched apron.

The hat and headset resemble that of a fast food restaurant worker, particularly those that manage the drive-thru.

It will be safe to assume that this skin will likely be released soon, since the other items of the Durrr Burger set – ‘Beef Boss, Flying Saucer, and Patty Whacker’ – were all released several days ago.

The Grill Sergeant could come as part of next week’s Content Update, which would likely go live on August 14.