The Limited Time Mode has been leaked by @FNBRLeaks on Twitter and sounds very similar to the new Soaring 50’s mode that was introduced in today’s patch.

According to FNBRLeaks, Velocity’s description is “Velocity is a high-mobility limited time mode. Gliders can be re-deployed when falling from large heights. Extra Impulse Grenades, Bounce Pads and ATKs will be spawned throughout the map. The storms move twice as fast. Get in and get moving!” 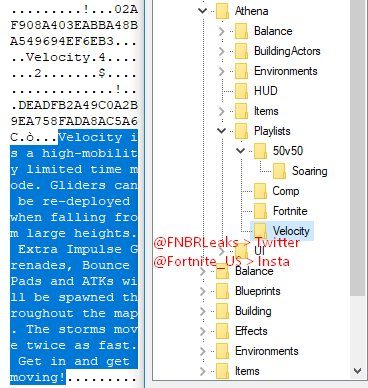 Soaring 50’s is specifically available for 50 vs 50 mode. If the re-usable Gliders in Soaring 50’s are a big hit, it seems likely that Epic Games will decide to implement “Velocity” and see how it works in standard playlists. 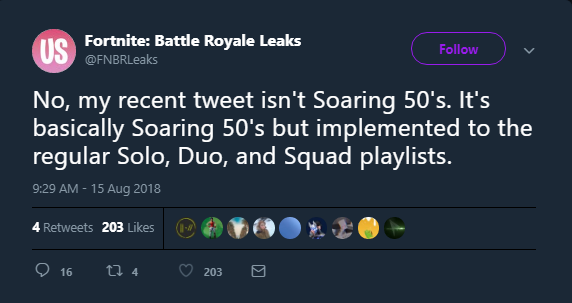 Limited Time Modes have often been used to test new features before adding them to the main game, so Soaring 50’s and Velocity could be two steps towards a major overhaul of Fortnite’s Gliders.

New items, modes and cosmetics that are found in new patch notes tend to be added to the game within a week or two so expect to see Velocity in your playlists very soon!