FIFA 20 FIFA SBC Solutions
Among the plethora of squad building challenges (SBCs) on offer in FIFA 20 is the 82-88 OVR upgrade SBC, which can be completed by swapping one simple squad.

The Summer Heat promo event in-game has brought about a number of exciting challenges since it began in June, and while this might not be one of the most dazzling on the surface – especially if you get an 82-rated card for completing it – there are some big cards to still be unlocked on the higher end.

Other challenges for top tier players include Bruno Fernandes’ POTM SBC, or the Premier League TOTSSF Guaranteed SBC. But, let’s run through everything you need to know for this one, including requirements, cost, and solutions.

According to FUTBIN, the challenge can be completed for as little as 5,000 coins and, to make the SBC even better, it’s repeatable, so you can complete it as many times as you want before it expires on July 24.

The full list of requirements can be found below.

Below is one of the easiest solutions, that does not require player loyalty: 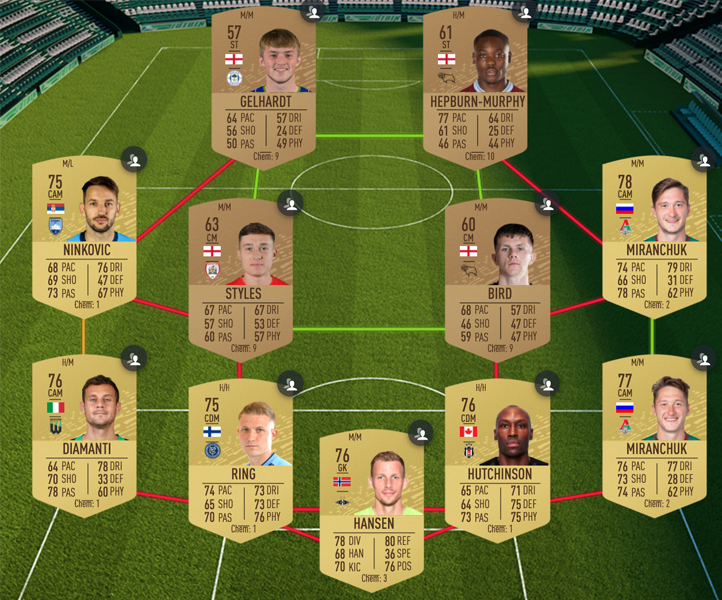 While you can invest in 11 new players if you need to, we’d recommend sorting through your club and getting rid of unwanted common gold cards. Assuming you have a few lying around, you can probably complete this SBC for even cheaper.

So, what cards can you get? Well, as it suggests, any card between 82 and 88 OVR. While this means you may be left disappointed with your reward card, there are some top tier cards you can unlock. Bare in mind that, whatever card you get as a reward, it will be untradeable.

Neuer, Mane and Dybala are just some of the 88 OVR cards you could get.

As far as this SBC being worth it, we’d say definitely. Don’t expect to get an 88 OVR card every time, but if you do it a few times you should certainly get some highly rated players to bolster your club, even if you just use them in a future SBC.