EA SPORTS have just revealed the third FUT Team of the Week squad of FIFA 20 Ultimate Team. This latest group of in-form cards will be available in packs from 6pm (UK time), October 2, until 6pm UK, October 9, 2019. See the new FIFA 20 TOTW 3 FUT squad and ratings below.

If you have any Ultimate Team packs saved for this particular FIFA Team of the Week, we recommend opening them as soon as they become available. The reasoning behind this is that the vast majority of FUT TOTW player prices are generally at their highest right after they become available on the transfer market.

Of course there are exceptions, particularly with certain higher-rated cards, but if you are looking to pack a FUT 20 Team of the Week 3 in-form and get the best return in coins, selling early will most likely help you to achieve this. Ultimate Team fans can check out the official FIFA 20 TOTW 3 squad directly below. 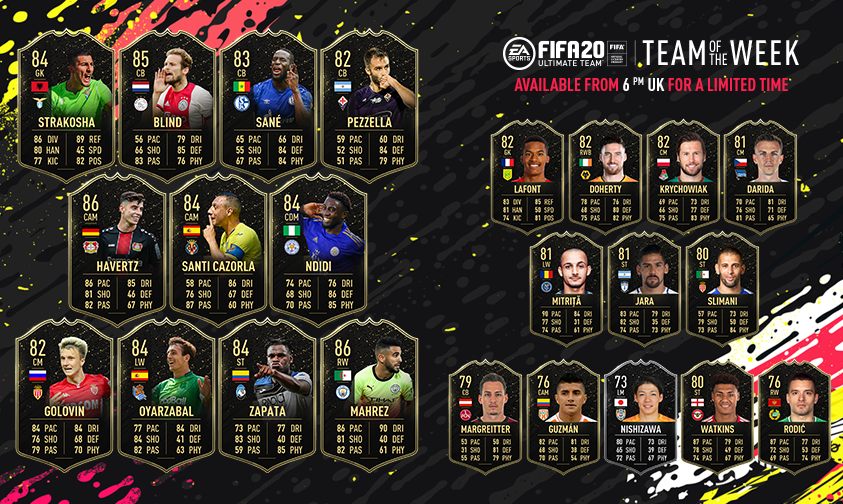 Are you impressed with this latest selection of FUT Team of the Week in-forms? Which of the above FIFA 20 TOTW 3 players are you looking to add to your Ultimate Team squad? You can get in touch with us via Twitter to let us know all your thoughts and opinions.