Attacking is the most important aspect of FIFA. To become a highly-skilled player, you need to know how to find the back of the net on a consistent basis. You could be the best defender in the world, but if you struggle to score goals, you will have a hard time winning games.

On that note, we’ve prepared an in-depth guide aimed at helping you become a goal machine on FIFA 20. There are many different aspects required when it comes to converting chances into goals, but before this, knowing how to consistently create these chances is fundamental.

The following FIFA 20 attacking tutorial breaks down each phase of play, explains how to utilise different parts of the pitch, as well as the best ways to actually strike the ball. Furthermore, it also delves into the different types of custom tactics available and which are the most effective.

How to Attack Effectively on FIFA 20 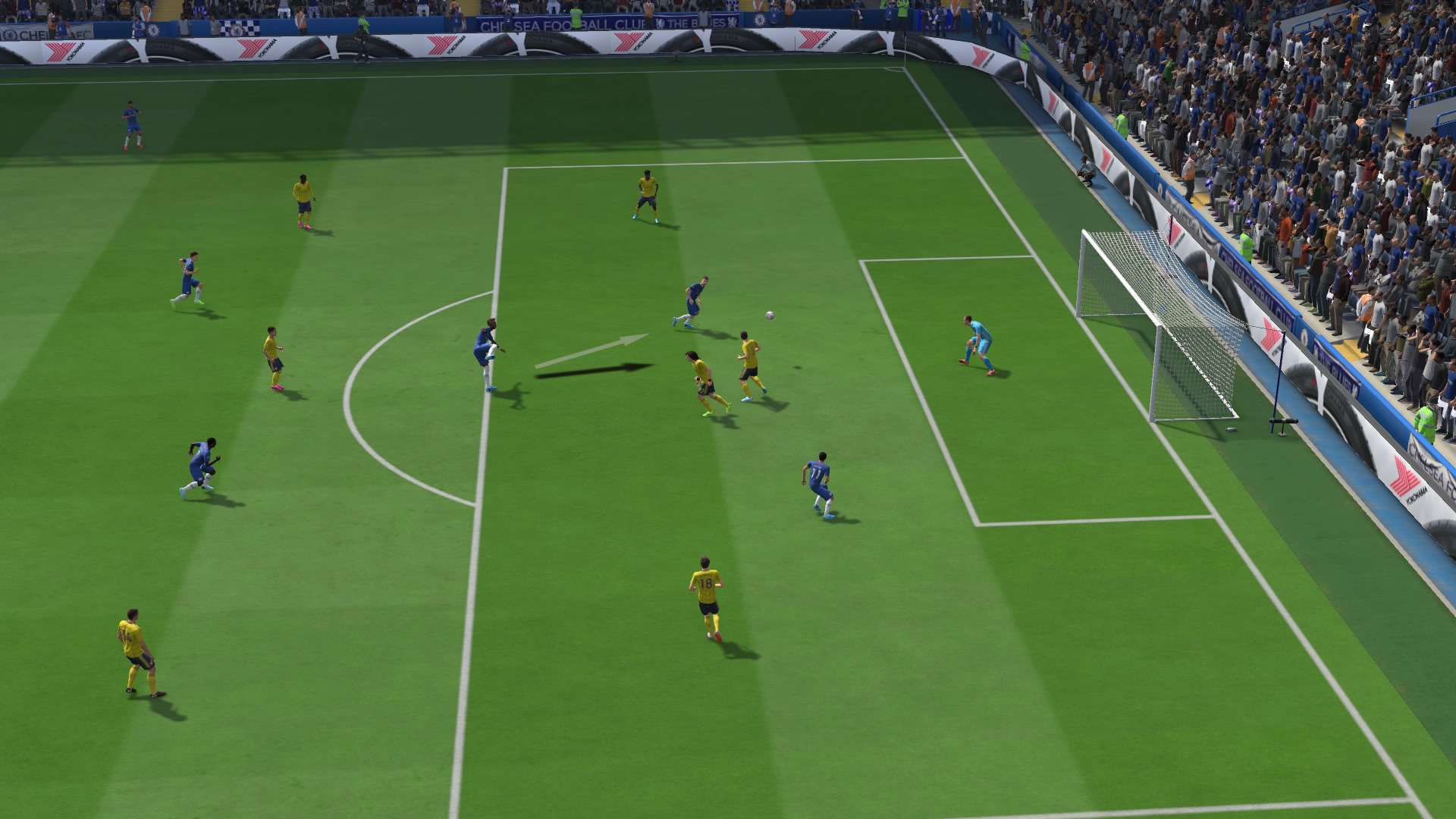 How to Attack Effectively on FIFA 20

The ability to continuously create clear-cut chances throughout the course of a game is what makes you a good attacker.

Here are some tips on how to create quality goalscoring opportunities against an opponent of ANY skill level;

The midfield is the most congested area of the pitch. Most players usually have their CDMs and CMs sitting in the middle of the park waiting to steal the ball. This leaves you with lots of space to exploit via the flanks.

Attacking through the wings puts you in 1 v 1 situations against your opponent’s full-backs, and/or wingers if they have the ‘come back on defence’ instruction applied.

This gives you a greater chance of working your way into your opponent’s 18-yard-area, as opposed to going through the middle and being faced with multiple AI controlled players waiting to intercept the ball.

While attacking through the wings is an effective way to create chances, you shouldn’t always look to run down the flanks as your opponent will eventually catch on – which brings us to our next tip…

Being unpredictable makes it borderline impossible for your opponent to adapt to your style of play.

The moment your opponent gets used to your play style, they will be able to predict your next move with a certain degree of accuracy depending on their skill level which, in turn, affects your ability to create goalscoring opportunities.

You need to constantly keep your opponent guessing. A great way to do this is by utilising multiple patterns of play i.e attacking through the middle for a bit and switching to the flanks, making unexpected passes and even switching formations in-game.

The best FIFA player in the world, F2 Tekkz, is known for utilising skill moves to create goalscoring opportunities.

Skill moves are an important part of his game, along with many other pro players on the FIFA esport scene.

Skill moves are useful for going past players in 1 v 1 situations or creating space to get a shot away. They’re usually hard to predict and are very effective when used in the right areas.

Skill moves range from one-star to five-star (basic to advanced). Certain skill moves can only be performed by players with a minimum skill rating.

For instance, a player with a 5 star skill rating (the maximum skill rating) can perform any skill move on the game.

So always make sure you’re using a player that can perform a certain skill move before you attempt to execute it.

Some of the most effective skill moves on FIFA 20 are the fake shot, the elastico, the berba spin, and the heel to heel flick.

You can tell your players to make runs by pressing L1/LB. This will send them forward giving you a chance to get in behind your opponent’s defence, potentially creating a 1 v 1 situation between you and your opponent’s goalkeeper.

You can also trigger runs to force your opponent to mark one of your players which will open up a gap in their midfield or defence.

You’re more likely to score from certain positions rather than others – you have a higher chance of scoring from inside the box than outside of it.

Similarly, you have a higher chance of scoring when you don’t have a defender actively pressuring you.

On that note, you should always opt to put yourself in positions where you’re pretty much guaranteed to find the back of the net. 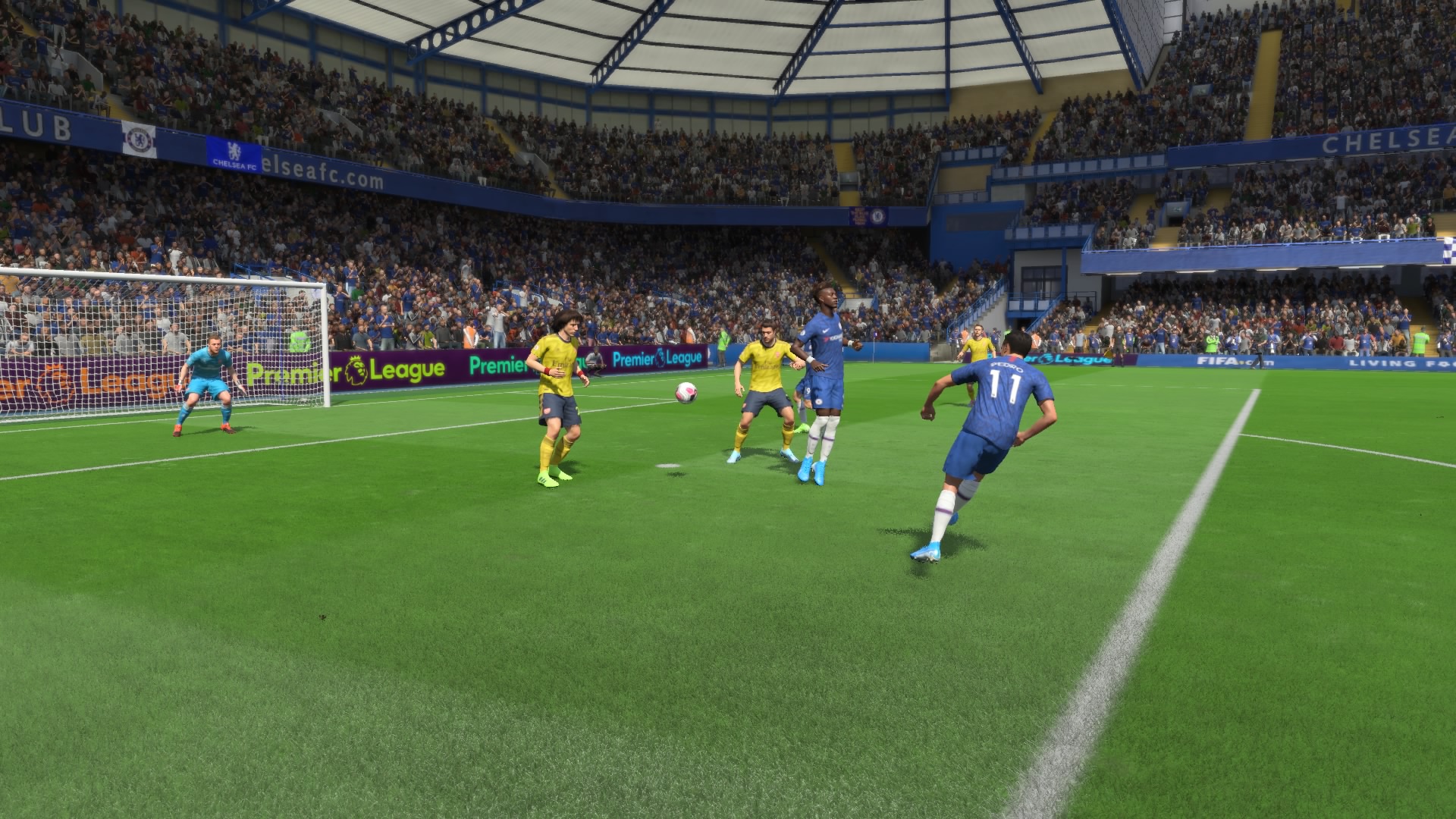 You need to be able to score with the goalscoring opportunities you create, so here’s a look at the best techniques for putting the ball into the back of the net;

The driven shot is a powerful shooting technique which lets you perform a low ground shot as opposed to a standard shot. It is performed by pressing L1/LB + R1/RB + O/B.

It is a very effective way of scoring on FIFA 20 as goalkeepers struggle to save low driven shots.

This is by far the most effective type of shot on FIFA 20 as it allows you to curl the ball around the goalkeeper and into the back of the net. It is performed by pressing R1/RB + O/B.

Your custom tactics can affect the way your team plays in-game so you should select tactics that fit your play style.

There are four attacking attacking styles available to choose from in the custom tactics menu;

Fast Build-Up makes your players move into the attacking third pretty quickly without having to trigger runs. It causes your team to overload your opponent’s half of the pitch, giving you more numbers to work with up front.

It’s great for scoring goals but it creates counter attacking opportunities for your opponents because you have so many players forward.

If your style of play revolves around outscoring your opponent then fast build-up might be worth a try.

The Possession style of play causes your players to move closer to each other on the pitch giving you more opportunities to make short passes.

If you fancy slow, but precise build up play, the possession tactic might be for you.

Long ball is quite similar to fast build up. It causes your players to make runs in behind your opponent’s defensive line giving you opportunities for 1 v 1 situations with your opponent’s goalkeeper.

It’s a difficult tactic for your opponents to keep up with especially if you have pacey players, however, it messes with your team’s shape up front so it might not be ideal if you like to have a structured attacking set-up.

Balanced is kind of like a mixture of all the other offensive styles, as it gives you the opportunity to be fluid with your attacks or play possession football depending on how you’d like to play.

It gives you control over your attacking sequences, and because of that, it’s arguably the best offensive style to utilise on FIFA 20.