Defending in FIFA 20 is markedly different from what it was in last year’s title. The AI’s involvement in the way your team shapes up and tracks runs is now very minimal, making it a lot easier for your opponents to find gaps in your team’s defensive line.

If you try to defend the same way you did on FIFA 19, you’re almost guaranteed to concede tons of goals. In order to maintain a sturdy backline and keep clean sheets on a consistent basis, you need to adopt certain defensive techniques that are tailor made for FIFA 20’s game mechanics.

At this point of the game’s cycle, it is likely that you’ve already come up against opponents who were seemingly impossible to break down. The number one reason why certain players are difficult to score against is simple – they are utilising the most effective defending techniques available.

Once you learn these techniques and implement them into your game, you will be able to win the ball back and keep clean sheets against highly-skilled players. The following FIFA 20 defending tutorial has been written in order to teach you how to use these methods on a consistent basis.

Guide on How to Defend in FIFA 20 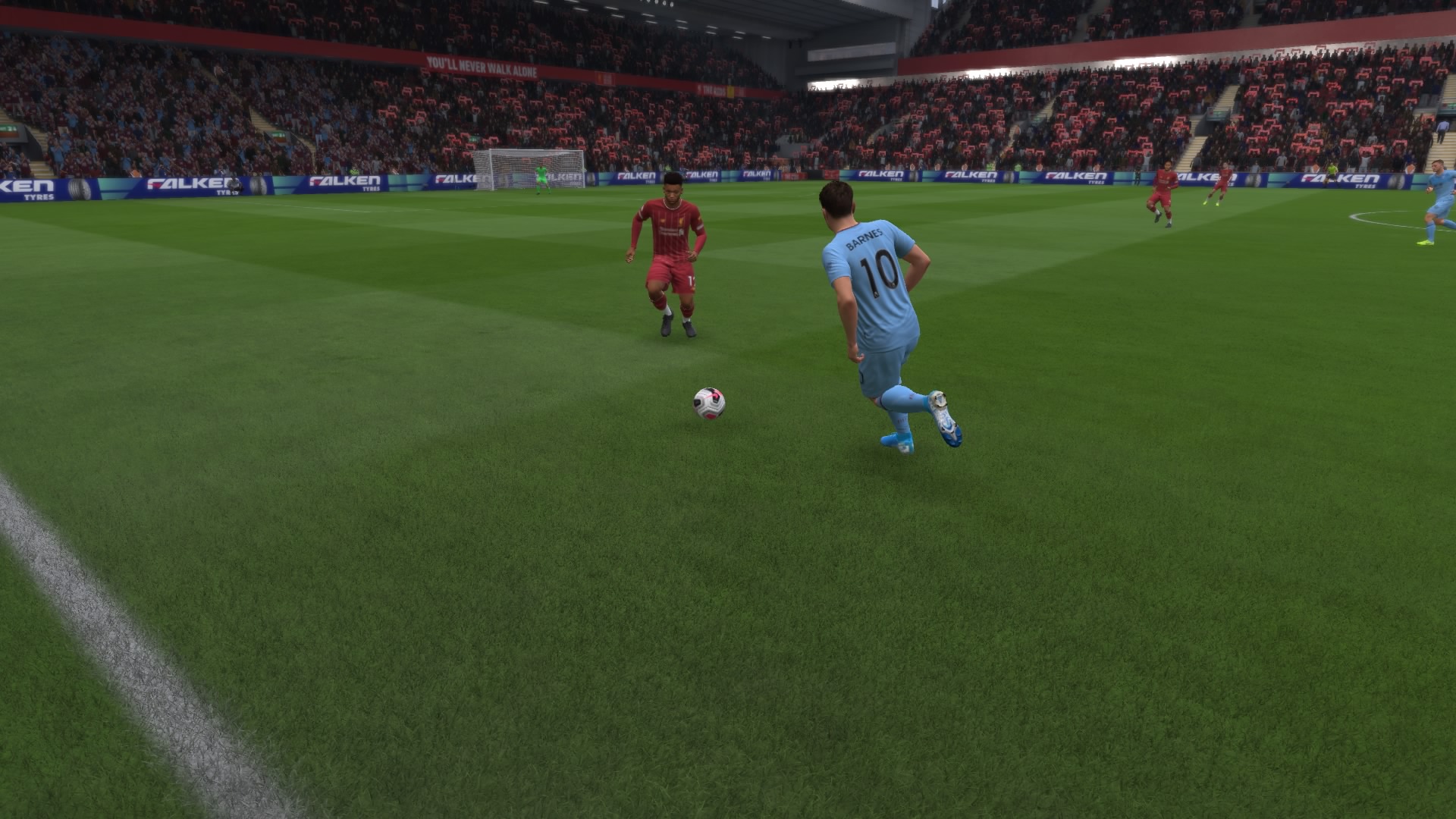 As we mentioned before, due to the nature of FIFA 20’s mechanics some defensive techniques are now obsolete. Here’s a look at them;

Back on FIFA 19, the second man press was one of the most effective ways to win the ball back, as it allowed you to pressure your opponent’s ball holder while limiting the space they had to work with.

This technique served as a great way to win the ball back in every area of the pitch by simply pressing RB/R1, as it allowed an AI controlled player to mirror your opponent’s movements and block passing lanes.

The second man press has been nerfed on FIFA 20. You can no longer rely on it as your AI controlled players are now unable to limit your opponent’s passing options.

On FIFA 19, the player contain technique allowed you to completely mirror your opponent’s movements by pressing A/X.

It has now been nerfed to a point where using the player contain technique makes you more prone to conceding goals, because just like the second man press, your player no longer mirrors your opponent’s movements. 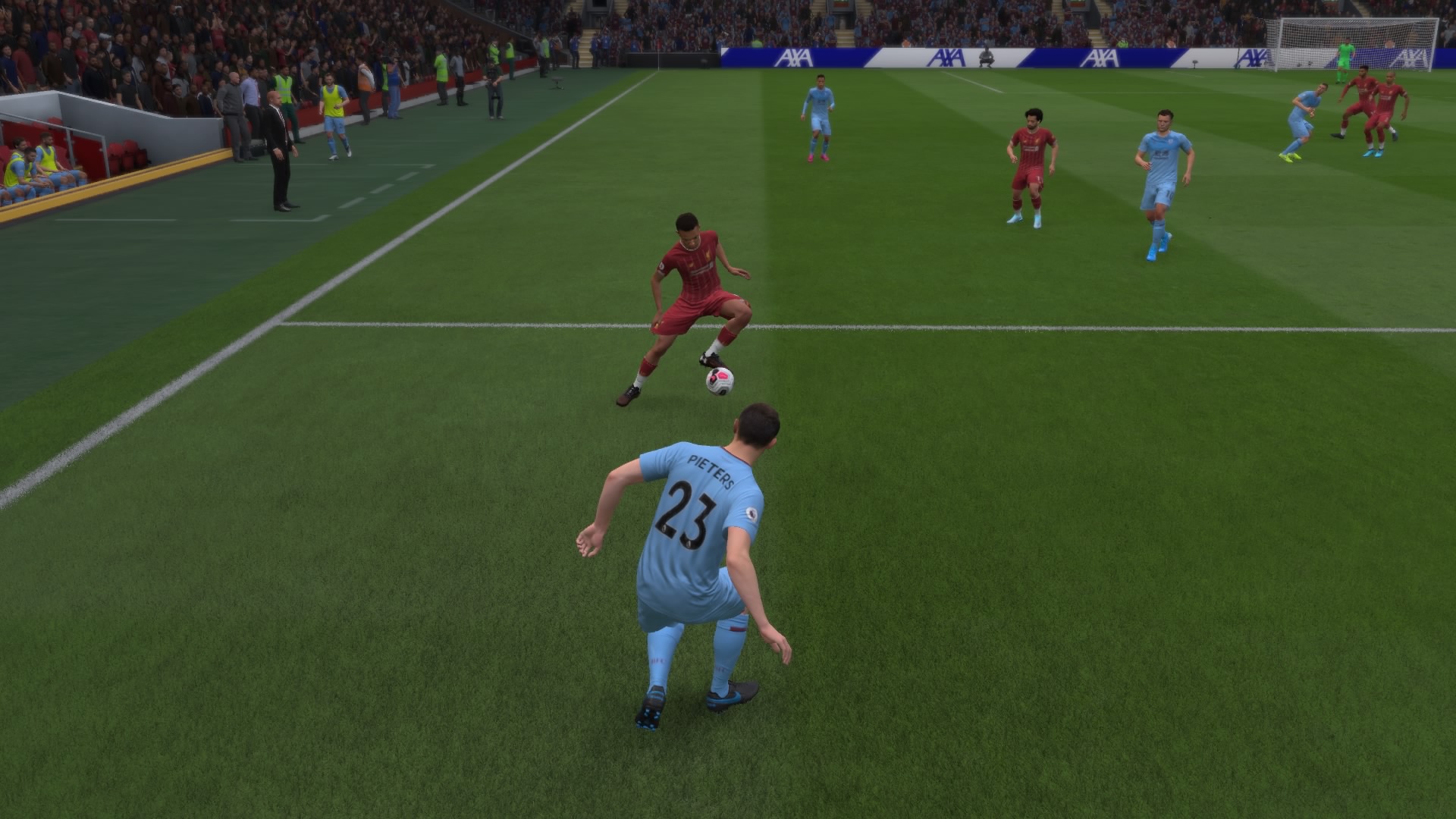 Player positioning is one of the most important aspects of defending in FIFA 20. Bringing even just one defender out of position could result in an easy goalscoring opportunity for your opponent.

This is why Jockeying is by far the most effective way to defend on FIFA 20, as it allows you to position your players for an interception without having to drag them out of position.

It essentially allows you to cut passing lanes whilst maintaining a solid defensive shape. You can perform the jockey by pressing, and holding LT/L2.

The jockey only allows you to cover a limited amount of space, though. However, a second variation of the technique known as the fast or speed jockey let’s your player cover more ground.

The fast jockey can be performed by pressing and holding LT/L2 and RT/R2.

To be a good defender on FIFA 20 you have to defend with intent. You have to actively predict your opponent’s next pass/move and act accordingly.

You can’t win every tackle, but playing with the intent to win the ball after assessing and predicting certain situations will allow you to win the ball back more often than the average FIFA 20 player.

There are two ways to defend in FIFA. You can either defend passively or actively. This has held true in pretty much all the iterations of FIFA.

Up until now, you could completely stick with one defensive approach and run with it as your play style, but due to FIFA 20’s defensive mechanics, you have to find the right balance between both approaches in order to consistently thwart your opponent’s attacks.

While finding the right balance requires you to constantly read and assess your opponent’s strengths and weaknesses in the attacking third to decide when to sit back and when to be aggressive, your pre-game tactics could make it easier for you to change your approach in-game.

On that note, we recommend you utilise a balanced defensive style with 5 or 6 width and 4 or 5 depth.

There are five defensive styles to choose from;

Each style has its own pros and cons. For instance, using Drop Back makes your team park the bus, but it also makes your defence incredibly passive, giving your opponent more time to think on the ball and manoeuvre their way through your passive defence.

Using Constant Pressure causes your team to continually run at your opponent in an attempt to win the ball back. It gives your opponent very little time to think on the ball, but it also gives them more space to exploit due to the fact that many of your players run out of position to pressure your opponent.

Press After Possession Loss as its name suggests, causes your team to apply pressure on your opponent for approximately seven seconds when you lose the ball.

Pressure on Heavy Touch causes your players to pressure your opponent when they take a heavy touch in a bid to capitalise on that poor touch.

And Balanced, is simply just Balanced – It allows your team to maintain its shape which, in turn, gives you the freedom to either defend passively or actively in a game.