According to the announcement image that pops up when loading into FUT, the TOTGS cards will be released on Friday, December 7 at 10 AM PT / 1 PM ET / 6 PM GMT.

Additionally, EA may also offer some of the cards through Squad Building Challenges and/or Weekly Objectives, and there may even be additional untradeable TOTGS cards released that are not part of the tradeable collection.

As for packs, players should expect there to be promotional packs released throughout the time that the TOTGS cards will be available, including Rare Player Packs (50K), Jumbo Rare Players Packs (100K), and Ultimate Packs (125K). 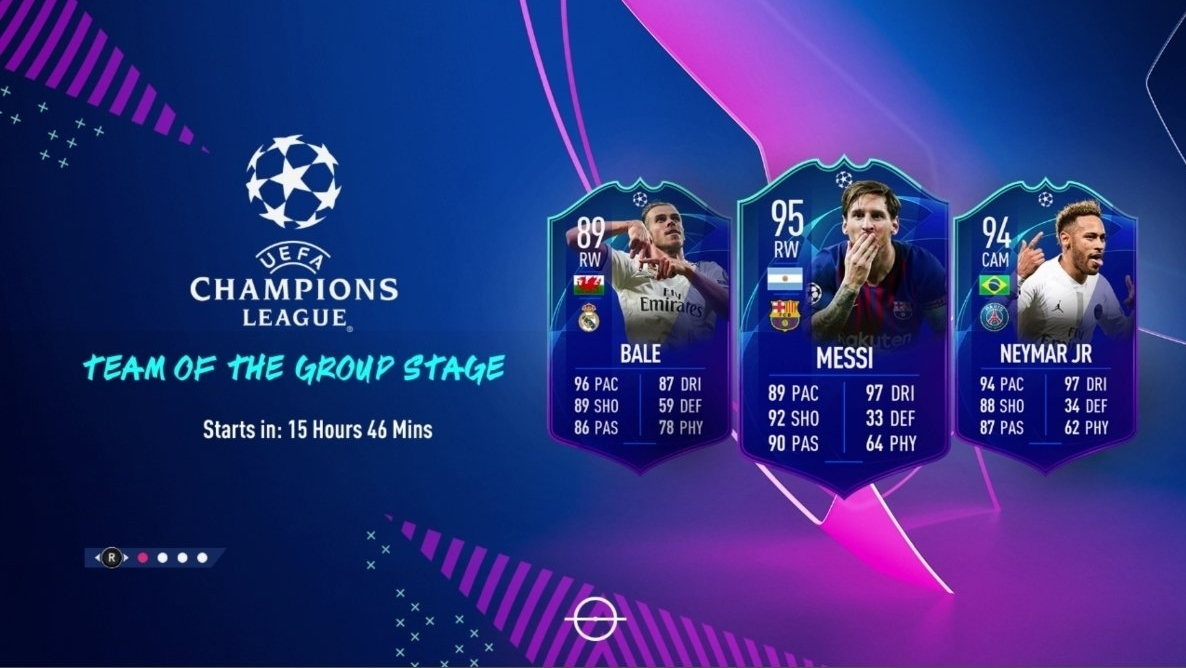 The first three players have been officially announced by EA, and they are 89-rated Gareth Bale, 95-rated Messi, and 94-rated Neymar, the latter two having been given position changes to RW and CAM respectively.

Prior to this announcement, there was a flurry of predictions going around social media and Reddit about which cards will be included in the TOTGS.

Here is one set of predictions, courtesy of @FIFA_Naticos, who believes that a strong set of high rated cards will be released for this year’s promotion. Keep in mind that the above announcement of the three new cards was made after this prediction was posted. 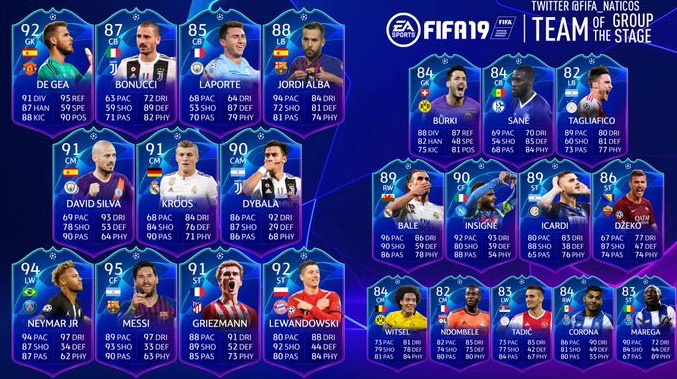 @FUTPanther has predicted a more balanced set of cards, while also including several of the Live Dynamic UCL Items, such as Ajax’s Tagliafico, Atletico Madrid’s Griezmann, Manchester City’s Mahrez, and Schalke 04’s Sane. 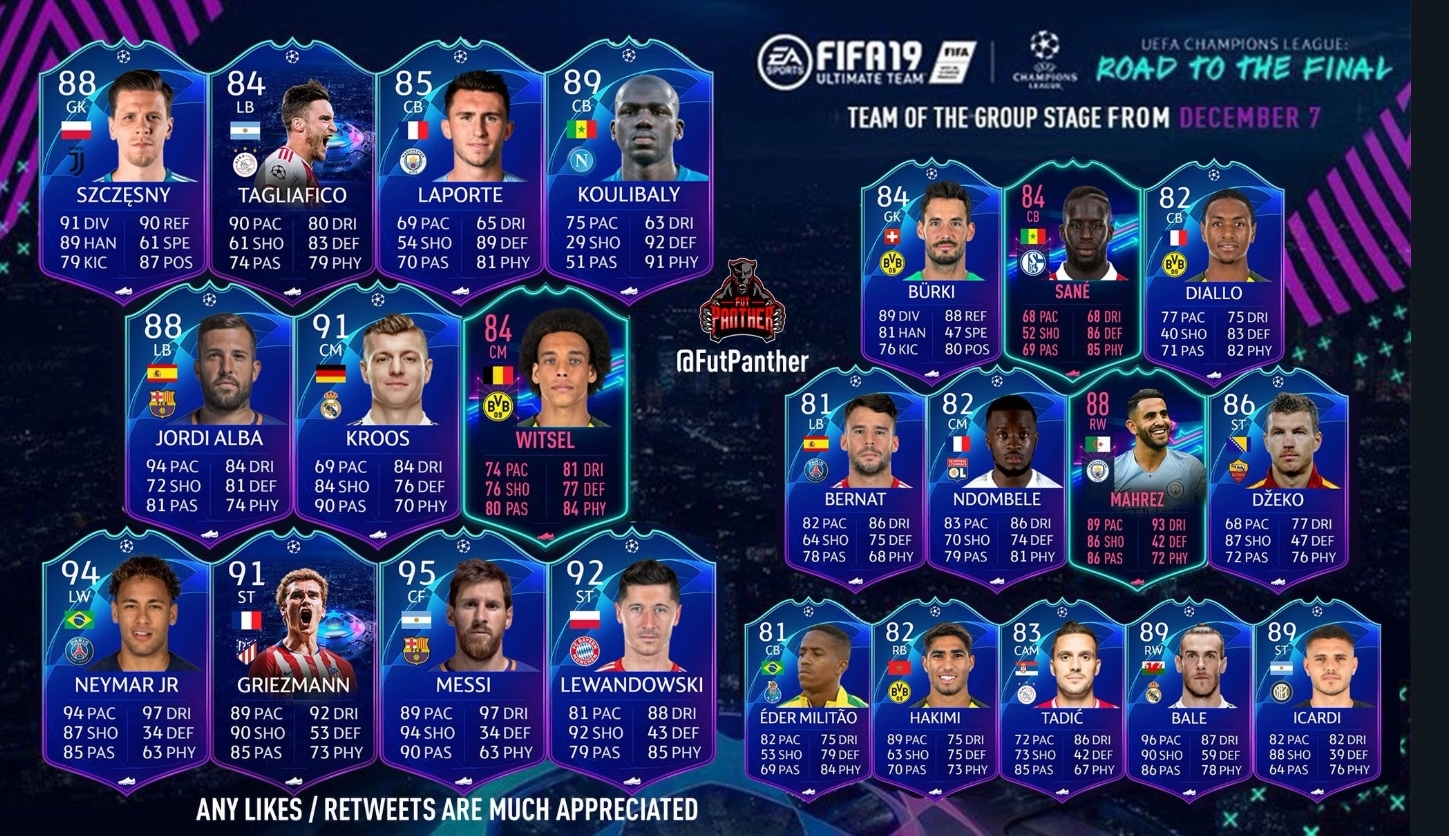 As mentioned above, EA could provide some untradeable TOTGS cards that are not part of the set released for packs, which could be redeemed through SBCs and/or weekly objectives.

Twitter user @SimplBlue88 has come up with a concept for this, and he’s theorized that EA will release Olympique Lyonnais’ Cornet as an untradeable card, along with the likes of Liverpool’s Milner and Tottenham’s Lamela. 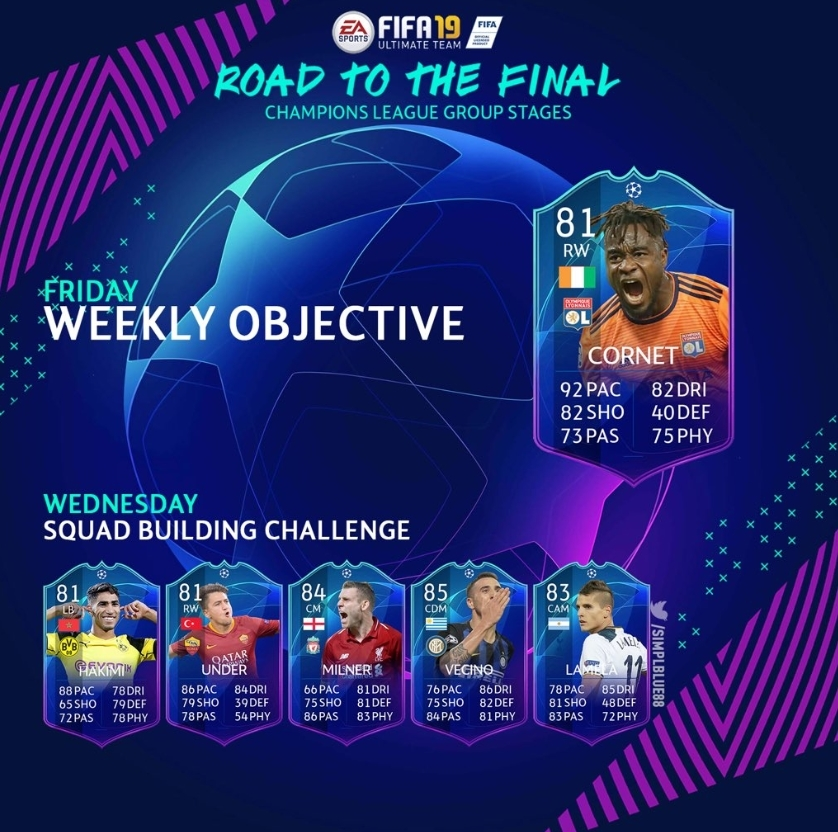 ABOUT THE UCL TOTGS PROMOTION

Every year, EA Sports release a promotion that includes upgraded cards of players that performed well in the Group Stage of that season’s UEFA Champions League.

In prior years, since EA did not have the licensing to UEFA tournaments, this promotion was simply called the Team of the Group Stage and had no formal mention or affiliation with the UCL.

However, with EA now owning the UEFA licensing, this year’s promotion will be the first ever to include official UCL card designs and promotional graphics, adding a layer of authenticity to what should already be a hyped event.