EA Sports have been criticized for their rapid response to a FIFA 20 Ultimate Team Icons swap exploit, with many community members suggesting they should be able to fix a number of the game’s other issues.

FIFA 20 has had a mixed reception from players. Both the casual and competitive communities have lamented the game for its bugs and some gameplay complaints, with some arguing it does little to build on the established formula of FIFA games. Of course, this is the preference for some players too.

Professional player Kurt0411 was banned for spitting on an EA logo amid his furious rant against the company. The latest FIFA title has also been slammed for its reliance on “pay-to-win” mechanics, as players who plow real money into the game stand the best chance of in-game success. 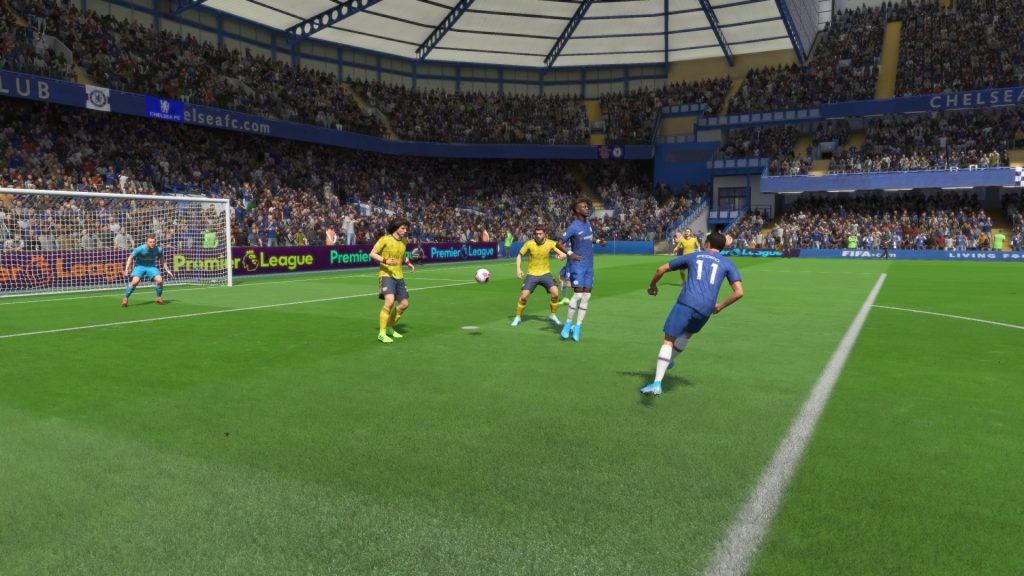 FIFA 20’s gameplay is among those aspects criticized.

On January 10, it became clear that an ICON swap exploit was prominent in FIFA 20. The alleged exploit allowed players to earn tokens through ‘Friendly’ matches, essentially meaning players could guarantee themselves the untradeable ICONs far more easily than intended.

In response, EA patched the exploit rapidly, leading to many fans criticizing them for failing to fix other FIFA 20 issues quickly.

Among them was Craig ‘NepentheZ’ Douglas, a popular British FIFA YouTuber. “It’s things like this that p*ss people off,” he said. “There’s a glitch that benefits people with getting Icon Swaps tokens quicker and it’s patched in QUICK time.”

It's things like this that piss people off @EASPORTSFIFA @EAFIFADirect

There's glitch that benefits people with getting Icon Swaps tokens quicker and its patched in QUICK time.

There are 100 other "quick fixes" that you could make too, and you ignore them. smh. #FIFA20

“There are 100 other “quick fixes” that you could make too,” he continued, “and you ignore them. Shake my head.”

His opinion was echoed by a number of FIFA 20 players. “They did us dirty like that for 3 tokens,” one Twitter user said, while another echoed: “Glitch patched so fast that no one even knew there was a glitch.”

The general consensus among community members was that EA patched the update rapidly so players could not earn their ICON tokens faster than normal, but other bugs that hinder players are not addressed nearly as speedily.

The winning formula is:
If it lessens the grind, patch IMMEDIATELY
If it hinders the players, no rush take 2 days and when fixing not worry about those who got an unfair advantage and screw the rest lol

One player summarized the frustrations as: “If it lessens the grind, patch IMMEDIATELY. If it hinders the players, no rush, take 2 days and when fixing don’t worry about those who got an unfair advantage and screw the rest.”

Others were less cynical, and praised EA for a rapid patch to an in-game exploit. However, they made clear they want to see the same attitude to all the game’s issues.

Building up a solid squad on FIFA 21’s Ultimate Team can be a difficult task, particularly when you’re looking for players who can consistently score goals. To solve this, we’ve put together a list of the best strikers in FIFA 21 to suit any budget and every style of play.

One of the reasons why FIFA’s Ultimate Team mode is so popular is the freedom of choice people have when building their squads. Although the meta certainly influences which players are used more than others, at the end of the day, a lot of it comes down to preference and what you’re personally looking for.

Despite this, when it comes to picking strikers, there are so many players to choose from on the market. This is especially true when you don’t have the cash to spend on the best players in the game.

That’s why we’ve put together a set of lists of the top forwards in FIFA 21 so you can have a clinical finisher upfront, for all sorts of price ranges. Keep in mind, all the players on these lists are standard base cards, not special items.

Prices (taken from FUTBIN) are live and ever-changing, so expect there to be some differences when you search for these cards. These lists are also in no particular order.

In total, we’ve put together three separate lists that cover the fastest strikers, the best forwards, and of course, goalscorers to pick up when you’re on a budget.

If you’ve got the cash to spend, there’s no doubt you should splash the money to pick up one of these players.

They might hurt your bank account in-game, but they’ll certainly make up for and more on the pitch.

Lionel Messi is the highest-rated base player in FIFA 21.

If all you’re looking for is pace and the ability to beat a mean, these are the players you need to add to your squad.

Some of them may be lacking firepower compared to the meta strikers, but they certainly make up for it in speed.

FIFA 21 has plenty of great strikers you can pick up on a budget.

Not everyone has hundreds of thousands of coins to throw around, so it’s important to know which strikers are out there that can be picked up on a budget.

Believe it or not, there are plenty of incredibly cheap strikers out there.