Professional FIFA player Kurt ‘Kurt0411’ Fenech has hit back at EA following their decision to ban him from all FIFA 20 tournaments, after a clip surfaced of him insulting the company and spitting on their logo.

Followers of the competitive FIFA community will probably know of Kurt0411; an inherently talented individual, with a passion and temper that shines through, sometimes too strongly.

Fenech has been on the receiving end of bans from EA in the past, being suspended for two months in October 2018. He was again banned in March 2019, and received a ‘Final Warning’ for frequent infringements of EA’s Code of Conduct. 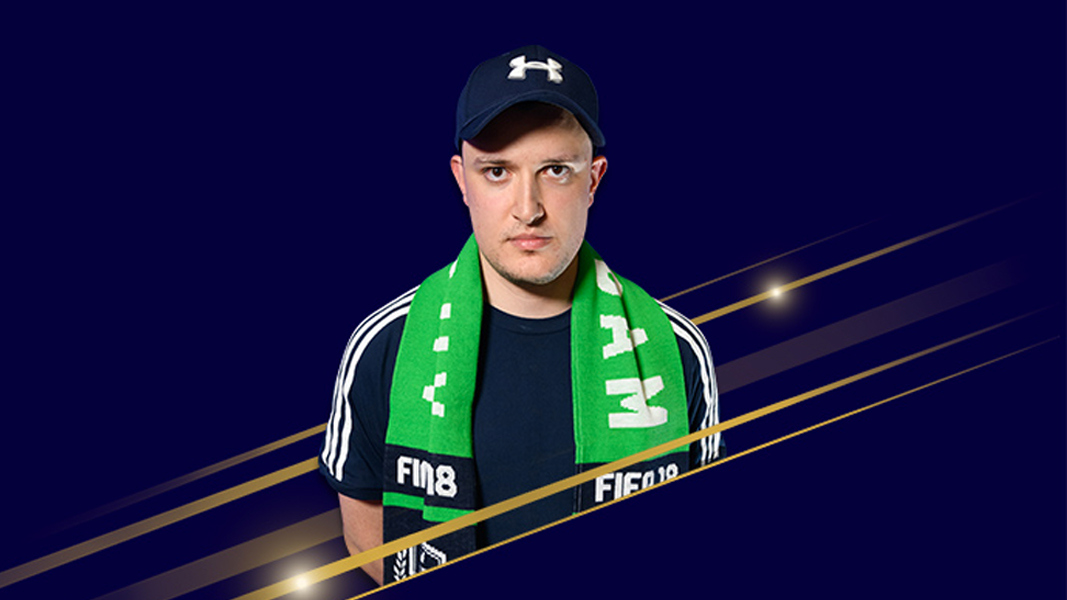 Kurt has been a well-known FIFA pro for a number of years.

However, it appears Fenech failed to register these regular warnings from EA. A couple of clips surfaced over the course of October – first on 10th and then on the 19th – which show the Malta-born pro being verbally abusive towards EA and its members of staff.

In one clip, he can be seen spitting on an EA logo, after vocalizing his anger towards the latest FIFA installment.

In the clip, Kurt equalizes late on against an opponent, which causes him to launch into an expletive-filled rant.

The clip was tweeted out on November 1 by ‘DrJarba’. This prompted Kurt to respond on Twitter, stating that the 50-second clip is “better than your whole streaming career”.

Those 50 seconds are better than your whole streaming career

Following the clips surfacing, EA released a statement confirming that Kurt has been banned from all future FIFA 20 competitions.

The clips are described as “vulgar” by EA, who also state that Fenech’s behavior goes “beyond acceptable “smack talk” as the consistent harassment targeting fellow competitors, EA employees and a previous on air-talent during the live broadcast, are unacceptable.” 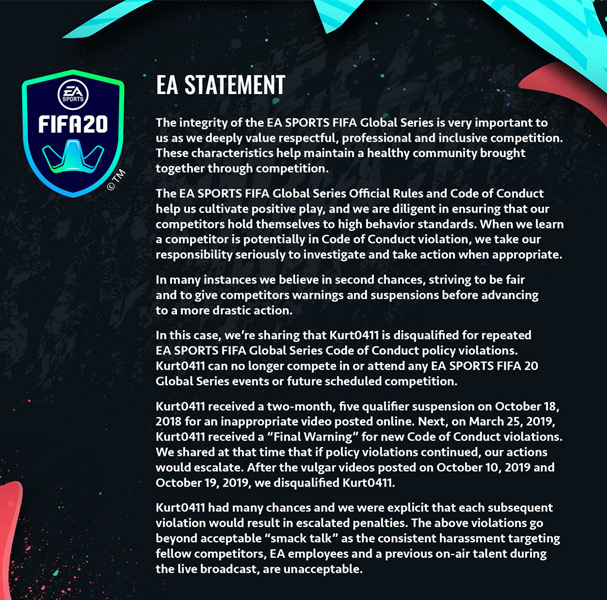 Following the announcement of the ban, Kurt responded on Twitter to convey his “shock” at EA’s decision.

“The only way for me to not get banned was to not make any videos and to never stream again,” he said. “I’m a pretty emotional guy, I will say the first thing that comes to my mind and in today’s world that is deemed a crime.”

He also hardens his stance against FIFA and states that EA “should be ashamed of the product you put out.”

He concludes his response by stating that: “I have no idea what’s going to happen moving forward, all I know is this “esport” has officially died.”

It remains unclear what Fenech will do in the future, but EA are not giving any further ‘warnings’ for his infringements of the community’s Code of Conduct.

There was a mixed response on social media, with some arguing that EA are failing to allow players to express their opinions fully, while others condemned his actions and sided with the developers for banning him.

Regardless of the community’s response, it seems impossible to imagine we’ll see Fenech competing until at least FIFA 21.