Ubisoft officially announced Far Cry 6 during their July 13 Forward conference. The wildly anticipated open world title already has a wealth of editions to choose from. Here is everything you need to know about pre-ordering it on PlayStation 5 and Xbox Series X.

The French publisher also announced that the game will be hitting stores on February 18, 2021 on next-gen consoles PlayStation 5 and Xbox Series X. Here is our guide on preordering the anticipated title.

Where to preorder Far Cry 6

Despite releasing in 2021, Far Cry 6 already has a handful of editions to choose from. Regardless of which one you choose, they all come with the ‘Libertad Pack’ which includes an exclusive weapon and an adorable puppy companion.

Similar to previous Ubisoft releases, FC6 has a total of four editions. All of them come with various bonus items such as cosmetics and weapons. Currently, there is no place that is taking orders for PS5 and Xbox Series X, however each store page will eventually be updated to include the next-gen consoles once their release dates are announced.

The Gold Edition comes with a steelbook as well as the Season Pass. The Ultimate Edition includes both the Season Pass as well as the Ultimate Pack with Croc Hunter, Vice, and Jungle Expedition skin packs. Lastly, the Collector’s Edition contains a Flamethrower replica, steelbook case, artbook, 10 stickers, flamethrower “how to assemble” print, CD soundtrack, Chorizo dog keychain, and map. 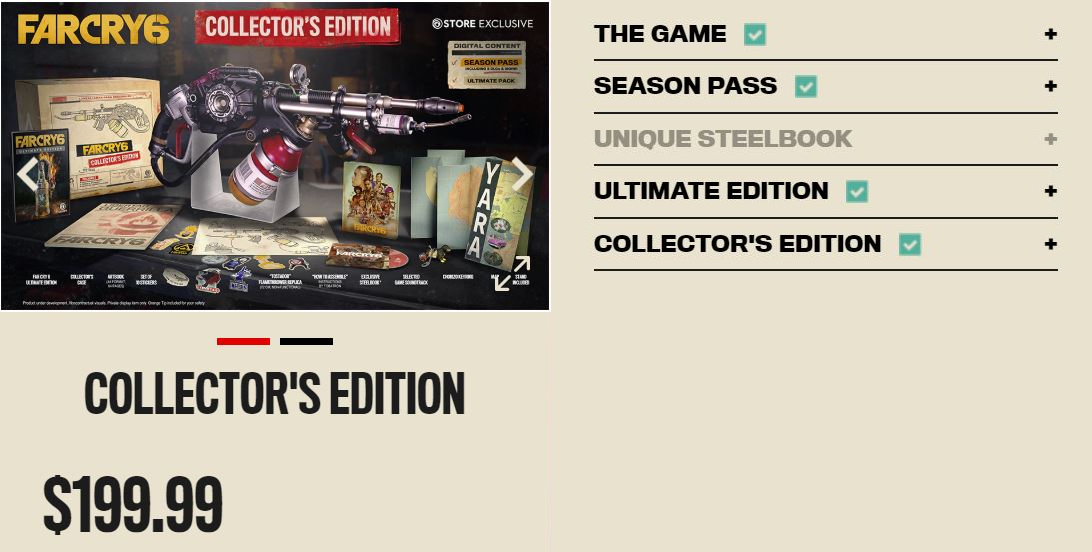