O2 is running a new advertising campaign that claims to help parents deal with tech issues, but one of their signs is causing ridicule from the gaming community.

The sign questions whether or not is is alright for a child to only want to be an ‘eGamer.’

Interestingly enough, the sign in question is located around the block from the offices of the esports organization ESL UK.

One of the ESL employees, known as @Naysayerz on Twitter, posted the unintentionally funny ad on social media. 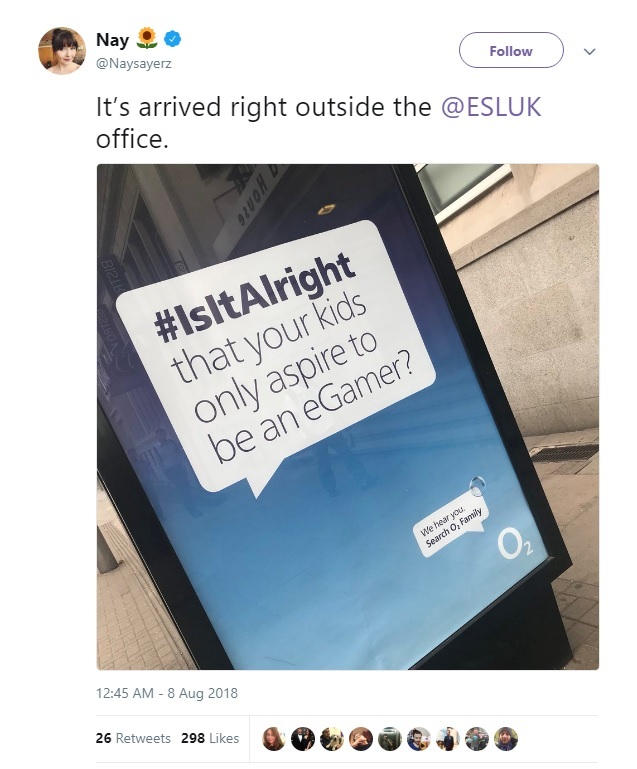 The post prompted a string of responses mocking the advertisement. 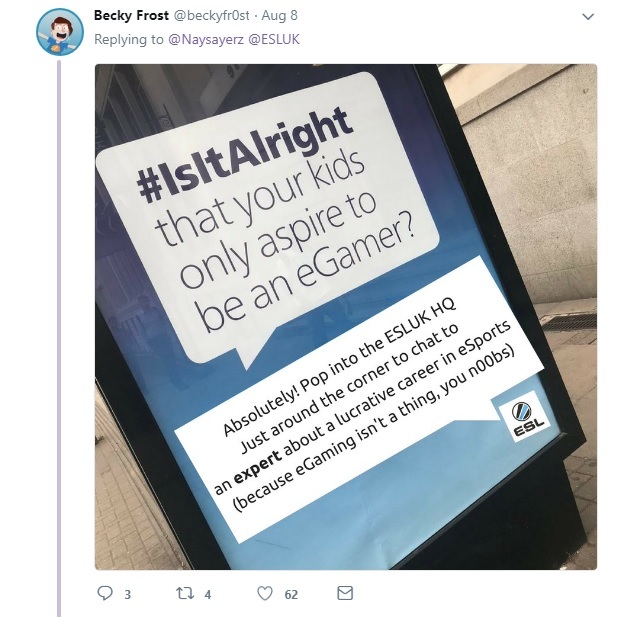 The official ESL account even got in on the fun with a new spin on the ‘How do you do fellow kids’ meme. 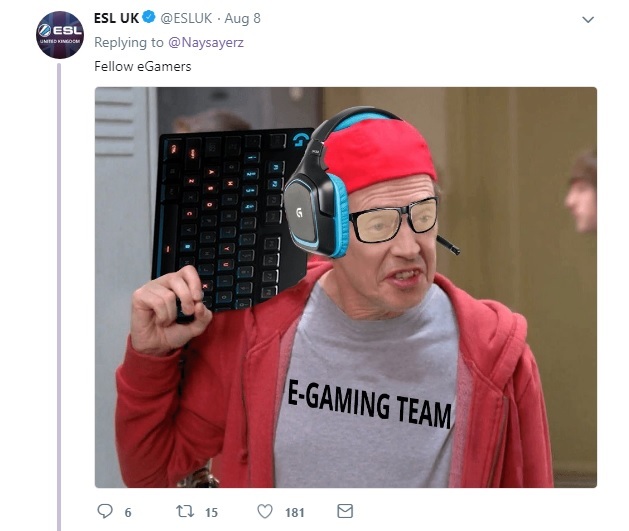 Others, like @DanBennett, suggested a direct response to the question.

O2 is launching a program with ‘Gurus’ that advise parents on setting up phones with parental controls for children.

Based on their use of the term eGamers, they may not be able to help your children get more Victory Royales.