Zac Efron explains his favorite thing about being a fitness YouTuber

Zac Efron seems to have covered just about every base in the acting world: from high school heartthrob in High School Musical to serene serial killer in Extremely Wicked, Shockingly Evil and Vile. But his venture into the world of fitness and YouTube is perhaps the most interesting yet.

On his YouTube channel, which has amassed over 1.2 million subscribers, Efron has had all manner of guests – ranging from popular YouTubers to Hollywood actors, and NFL legends – and goes through a workout with them while learning a bit more about them as people and their fitness regimes.

This is something that was discussed when he appeared on First We Feast’s now iconic ‘Hot Ones’ web series on April 2. 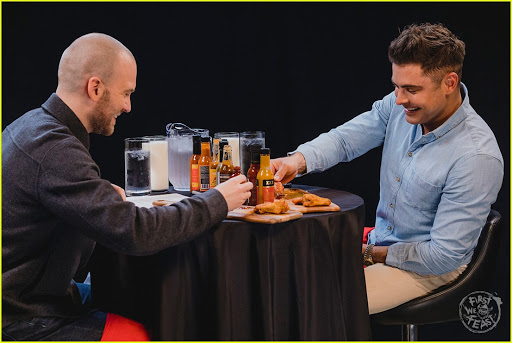 When asked about his YouTube endeavors by host Sean Evans, Efron had only good things to say, and explained what he loves so much about the fitness side of YouTube.

“For me, athletes are like movie stars,” he said. “When I get to meet or hang out with someone that’s an inspiration to me, through whatever their art or craft is, that’s really fun.”

The movie star continued: “If they want to train with me? Unreal. I’m getting to peek behind the curtain and just have fun with them and see them in their element. Because that’s all they do, they train, and some of them are savage.”

Despite how important fitness clearly is in Efron’s life, it appears his favorite thing about running the YouTube channel is actually just seeing and experiencing what elite athletes have to go through on a daily basis, having done videos with the likes of Green Bay Packers tight end Marcedes Lewis and Pittsburgh Steelers wide receiver JuJu Smith-Schuster.

He did also go on to say, though, that he never wants to be in as good shape as he was in Baywatch again due to the worries of having to be so tight on his diet and fitness regiment, but it probably didn’t help that he had to do that alongside The Rock – one of the most bulked-up men in Hollywood.

Having also done videos with the likes of Dude Perfect and Liza Koshy, we may see Efron create more content with some of the other biggest YouTubers around.