Australian-based YouTuber Jamie Zhu is facing a wave of backlash after faking a leg injury to score a free spot in business class on a commercial airline.

Zhu is a relatively popular content creator, boasting over 705k YouTube subscribers thanks to his outrageous videos that include such uploads as, “Picking up girls in China,” and “I destroyed my apartment.”

However, one of his more recent uploads is earning the internet star ample criticism across the platform, thanks to a “prank” for an international flight.

YouTuber Jamie Zhu is coming under fire after faking an injury to score a free upgrade to business class on an international flight.

In an attempt to upgrade to business class, Zhu faked an injury to his ankle and purchased a support boot from a store in the airport, claiming that he’d recently broken the bone.

The YouTuber even filmed himself running around and jumping while wearing the boot as further evidence that he wasn’t actually harmed before setting foot on the plane.

Luckily for Zhu, the seats in coach were too small to accommodate for the size of the boot, which earned him a free upgrade to the comparatively spacious seating in business class.

Although his practical joke may seem like an ingenious way to score an undercover upgrade, commenters across YouTube are decrying the video, with some critics accusing the prankster of committing fraud and even calling for the airline to blacklist him.

“Commits fraud then brags about it,” one user wrote. “He should check the lost and found to see if they’ve found his core values, ‘cause he really needs them back. Sheesh.”

“Loser,” another critic wrote. “I spent weeks in a boot for surgery. Disabilities are not something to prank about!” 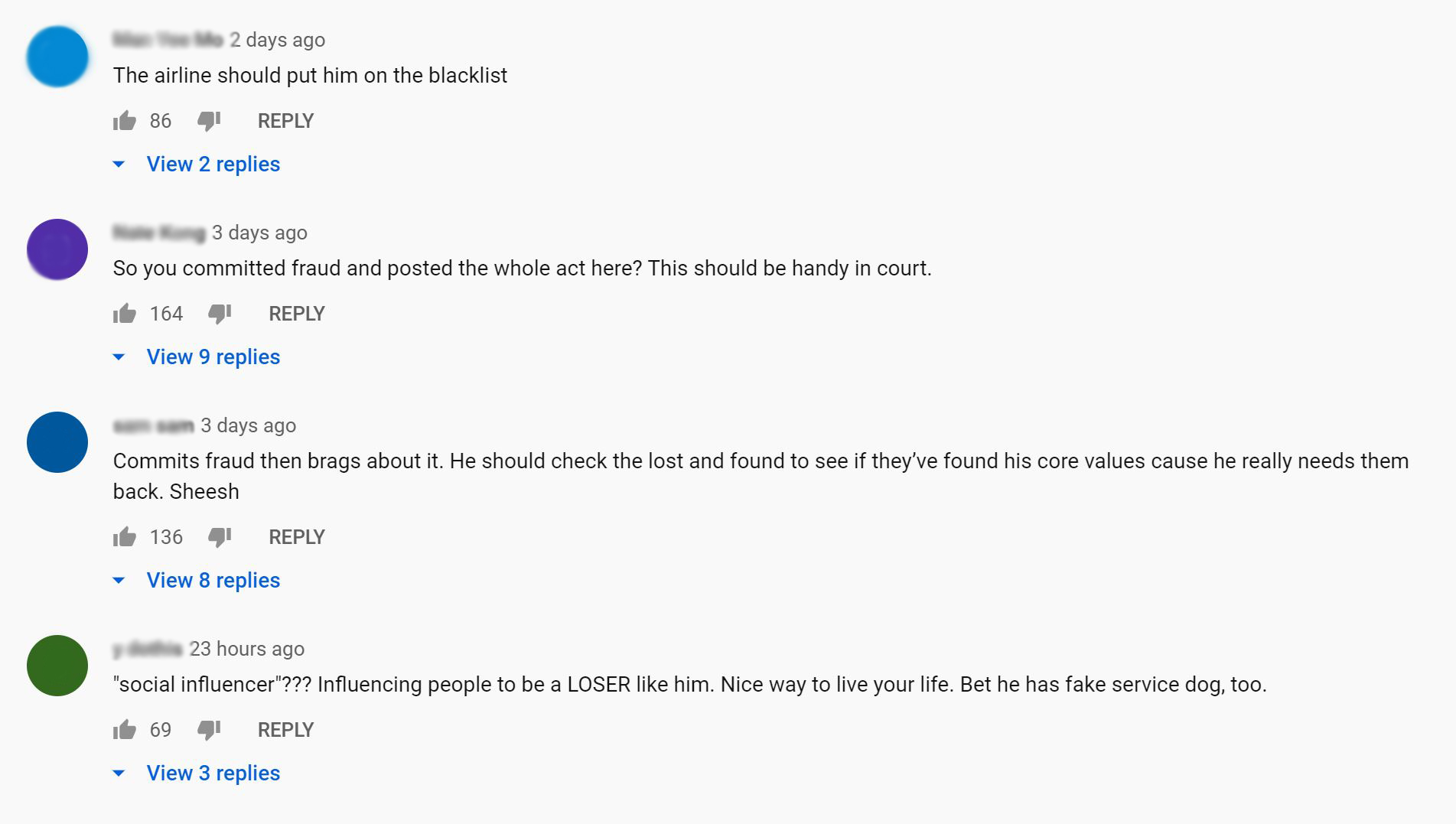 The star later appeared on television to discuss his viral prank, where he addressed the backlash surrounding the video and claimed that those upset over the matter should “learn to take a joke.”

“I think that like, people should just learn to take a joke,” he said of the criticism. “I mean, it’s 2020. I feel like society is becoming quite sensitive to everything. I feel like, you know, I imitated a broken ankle, which I’ve personally had before. So it’s like, if you can’t take a simple joke, then I feel sorry.”

I was expecting to get roasted but hey I guess they were kinda nice ?

Despite the outrage, it doesn’t look like Zhu is backing down from his video, which boasts over 111k views at the time of writing.