Twitter user shredded for not knowing how cheese works

A Twitter user was brutally roasted by the internet when she found out the process behind making cheese wasn’t what she thought it was.

Twitter enables anyone from around the world to post their thoughts and opinions in 140 characters or less, giving millions of people a platform to express themselves and communicate with a large audience.

However, one user’s shock discovery of how cheese works had the whole platform brutally roasting her for going so long without knowing what the dairy product is actually made of.

How is cheese made?

Twitter member ‘Only1Carrington’ was curious how about blue cheese is made and decided to Google the process, only to be taken aback by her findings.

“Y’ALL ARE EATING MOLD OMG! BLUE CHEESE IS FUCKING MOLD” she said in disgust after learning how the popular food is created.

Shortly after the Twitter user shared her enlightened discovery, the social media platform erupted with people mocking her and taking her to task for only now learning what the dairy product actually is.

“So you were today years old when you found out what cheese is. It’s really fascinating!” one person replied, kicking off a discussion. “Shhh… don’t tell her that mushrooms are made of fungus!” another person teased. 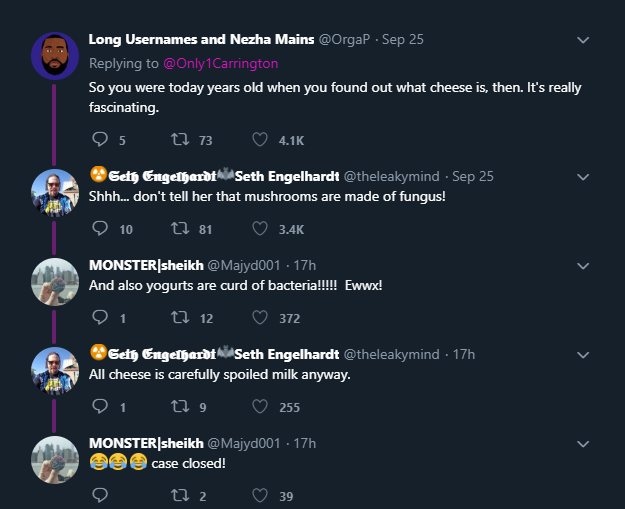 Twitter was shocked to find out someone didn’t know how cheese is made.
[ad name=”article4″]

The conversation turned away from food as people began to talk about how the mold that is used to create blue cheese is also responsible for the antibiotic Penicillin which has saved millions of lives.

“She’s gonna be in for a real shocker when she realizes what penicillin are made of!” one user mocked. When someone else asked what as they didn’t know themselves, another person replied “Pencils!”, sending the comments section into hysterics. 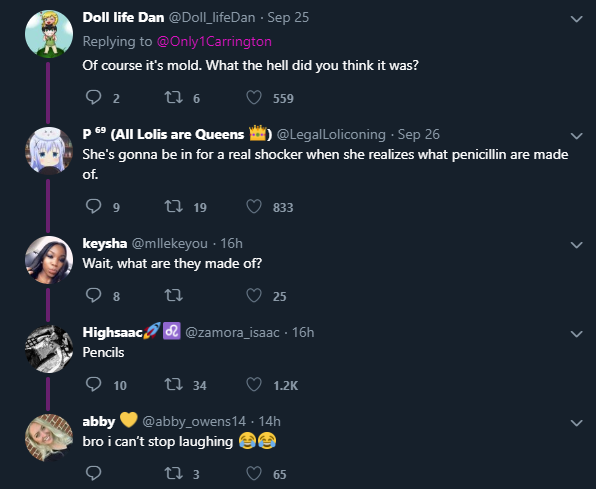 A discussion was sparked over the miracle that is mold.
[ad name=”article5″]

The internet truly gives us the tools to learn anything that we want, but broadcasting our discoveries online might sometimes come with “grating” results.