AydannStreams has revealed that even smaller Twitch streamers can be the victim of harassment regardless of their gender.

On September 11, Aydann exposed a female viewer for going out of her way to target his girlfriend in what appears to be an extreme act of jealousy.

So I had this new viewer and she’s been dming me, asking if I had a gf and I said yes. I then said who it was in my chat. She’s spent every stream since roasting my girlfriend since, dming her, saying I should end it, etc.

Stay out of streamers personal lives. That simple. pic.twitter.com/JwYKfWonmq

Eventually, after a female viewers grew a little too close to Aydann and sent some hurtful messages to his girlfriend, the streamer snapped.

According to Aydann, a few viewer started DMing him asking if he had a girlfriend. When he said yes and revealed who it was in his chat, she spent every stream trying to harass her.

A lot of people are saying just ban. Trust me, she’s banned. Main reason I posted this video is to show this happens to male streamers as well, just not as often.

Based after an @ashnichrist podcast and @CeddyOrNot, I learned that you need to stand up for what’s right.

“You’ve been targeting my girlfriend since you came in here. I don’t want to sound like a dick, but you’re constantly trying to roast her, say she’s rude, ask if she done makeup well” Aydann began. “Dude, I don’t understand why. And you even DM’d her. Don’t DM my girlfriend.”

But for his part, despite clearly upset, the upstart entertainer did have some advice for the overly-invested fan. 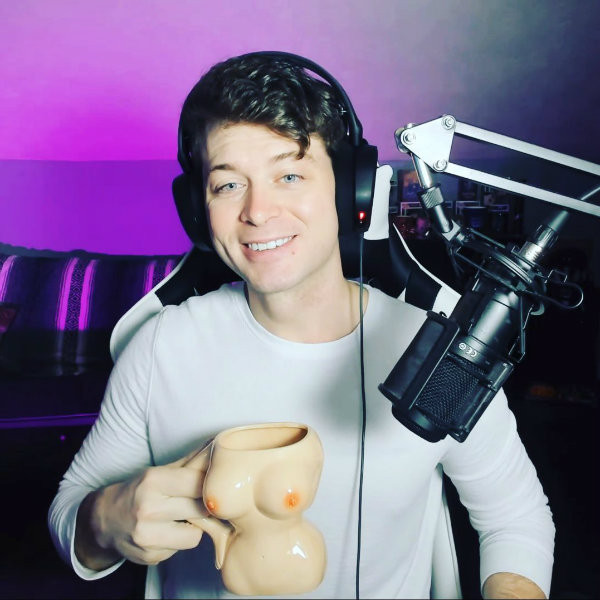 AydannStreams had enough of the harassment from a female viewer.
[ad name=”article4″]

“Don’t go after people’s relationships. Enjoy the content that they create. Don’t be the person that comes in all the time and be like ‘do they love you enough? Are they taking care of you enough? This that’. No. Nuh.”

The content creator went on to explain in the replies that the female viewer had been banned and he posted the video to show that this kind of thing happens to male streamers too, just not as often.

It most definitely happens to men! Once or twice a month, something like this happens. Women can be just as bad. Ive gotten pictures I DID NOT ask for, weird messages, even finding my personal Facebook.
Just because I’m a male, I’m supposed to be okay with it? Hell no.

A lot of people in the comments, including females, praised Aydann for how he handled the situation. One, a mother of two boys, said she wanted to break the stigma that harassment only happens to women.

Aydann then revealed that this normally happens once or twice a month and that he recieved pictures he never asked for from women who found his personal Facebook account.

It just goes to show that everyone can find themselves in unwanted situations.