Twitch romance can often be a beautiful thing, especially if it involves someone proposing to their significant other live on stream.

Such was the case for Brie, a streamer who goes by the name of ‘no_fun_zone’ on Twitch, when she was proposed to by her boyfriend Austin live on her stream.

Brie was live-streaming The Witcher 3 on September 27, when she suddenly turned around to see her significant other positioned on one knee with a ring in his hand.

The development and progression of the scene is rather beautiful to watch, especially when the streamer looked at the face-cam visual on the screen and noticed her boyfriend waiting for her in the background.

As expected, once Brie realized that Austin was being serious in his marriage proposal, she exploded with tearful joy and emotion as she sprung into her fiancee’s arms.

Brie later posted a lovely image of the newly engaged couple on her Twitter and Instagram pages, with the caption ‘Guess who’s getting married.’ 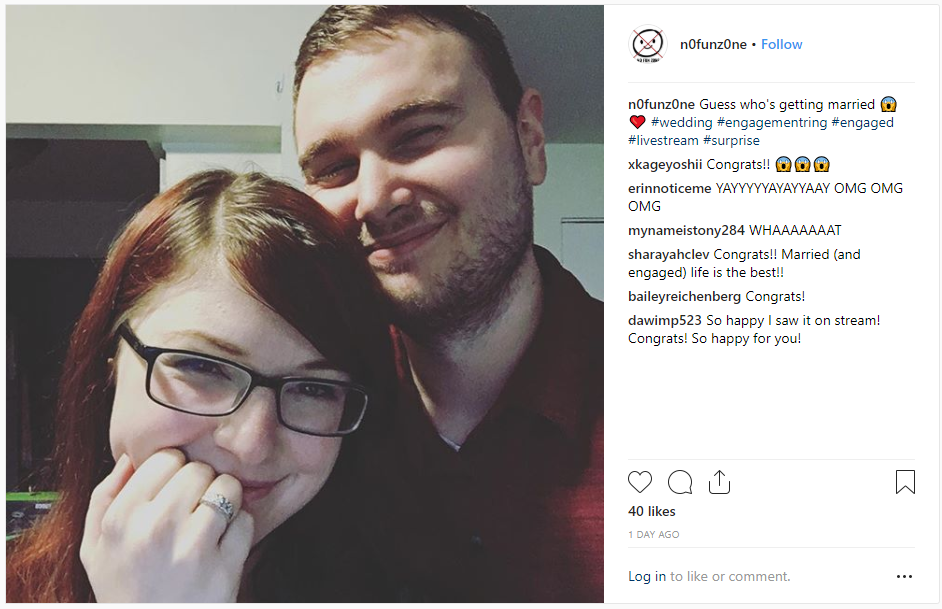 While they don’t happen often, live-stream proposals are a wonderful thing to watch, as viewers get the chance to experience a streamer’s raw and unfiltered reaction after seeing their significant other on one knee with a wedding ring in their hand.