Twitch streamer and online personality “Yugwha0901” was left with her jaw on the floor after a fan donated an unexpected amount of bits to her stream during a holiday broadcast.

Like many live streaming platforms, Twitch allows fans a variety of ways to support their favorite broadcasters, be it through directly donating, subscribing, or even gifting subscriptions to their channel.

One of these methods allows fans to donate to streamers in smaller ways by purchasing “bits,” a kind of virtual currency that amounts to about one dollar per 100 bits.

The act of giving bits on Twitch is known as “cheering” — a pleasant name for such a unique tipping system, which unlocks animated emotes depending on the tier of donation.

Yugwha was in the middle of a stream on Christmas Day when a fan decided to take their enthusiasm to the next level, giving a cheer worth 100,000 bits (amounting to $1,000). 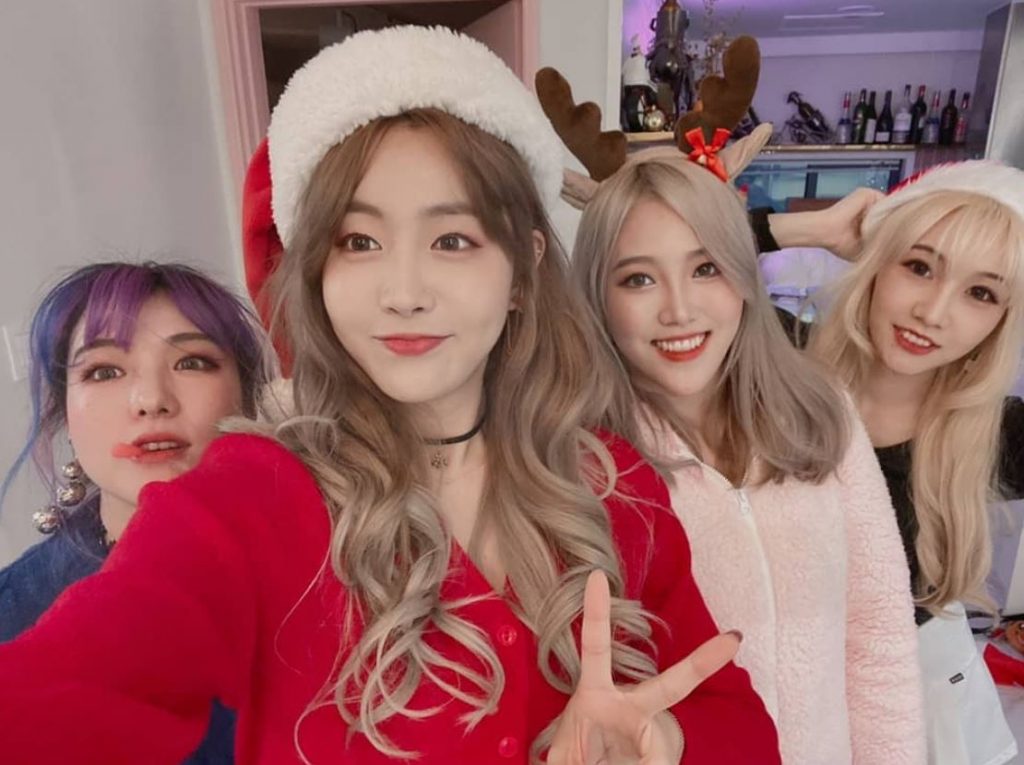 Yugwha (third from the left) and friends gathered for a holiday stream that ended in a massive present no one expected.

This donation triggered the theme song of popular anime Escaflowne — a dramatic number that only increased the drama of the scenario, with Yugwha’s eyes nearly bugging out of her skull as she realized the number of zeroes behind the fan’s donation.

“I don’t know — how much is this, though?” she asked, trying to convert the number of bits to dollars amidst the chaotic orchestral tune.

Once her chat confirmed the $1k amount, Yugwha placed her hands over her mouth in shock, yelling, “One THOUSAND?”

Her friends in the background likewise appeared to be shocked at the massive donation, who later clapped in congratulations as the theme song faded out.

This wouldn’t be the first time Yugwha has been shocked by her fans’ generosity, by far: in fact, the streamer couldn’t hold back her tears after her viewers started a donation train in late November, making for a humorous segment where she danced while crying with joy at the same time.

No matter the case, Yugwha received a fantastic Christmas present from her generous fan — a moment that she won’t likely forget in the spirit of the holidays.