After news broke of Ninja’s decision not to play or stream with female gamers because of the inevitable rumors and gossip that would ensue, the community debated fiercely.

Most supported his decision and his reasoning, while others felt it was indicative of a bigger issue which Ninja could use his platform to tackle.

The majority of people were in the former camp, saying that it was Ninja’s decision alone to make, and not one that was harmful to anyone else. And no one disagreed that indeed the rumors, gossip and clickbait would undoubtedly happen.

We’ve rounded up some of the views from popular community members, all giving their opinion on what turned out to be a divisive story. 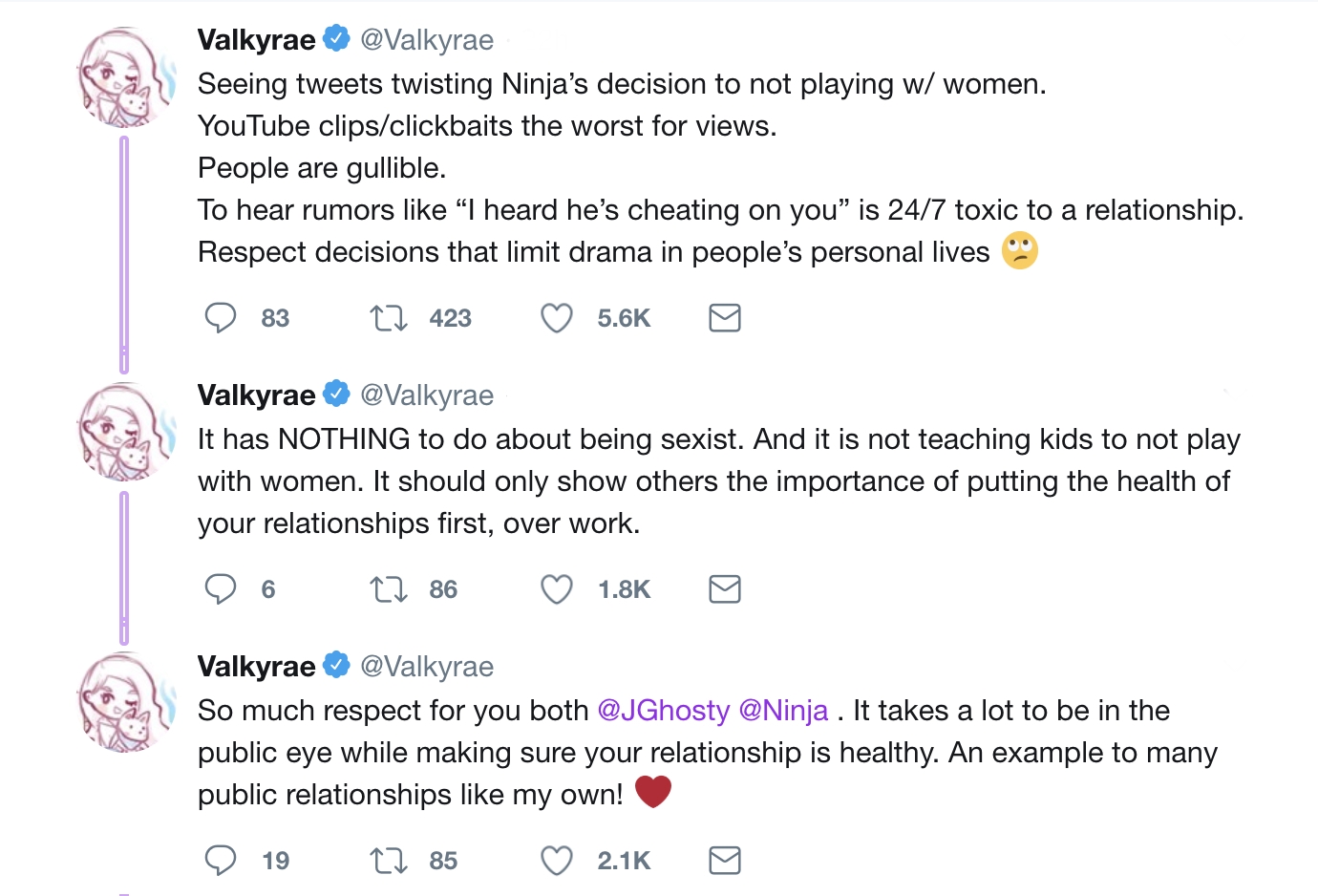 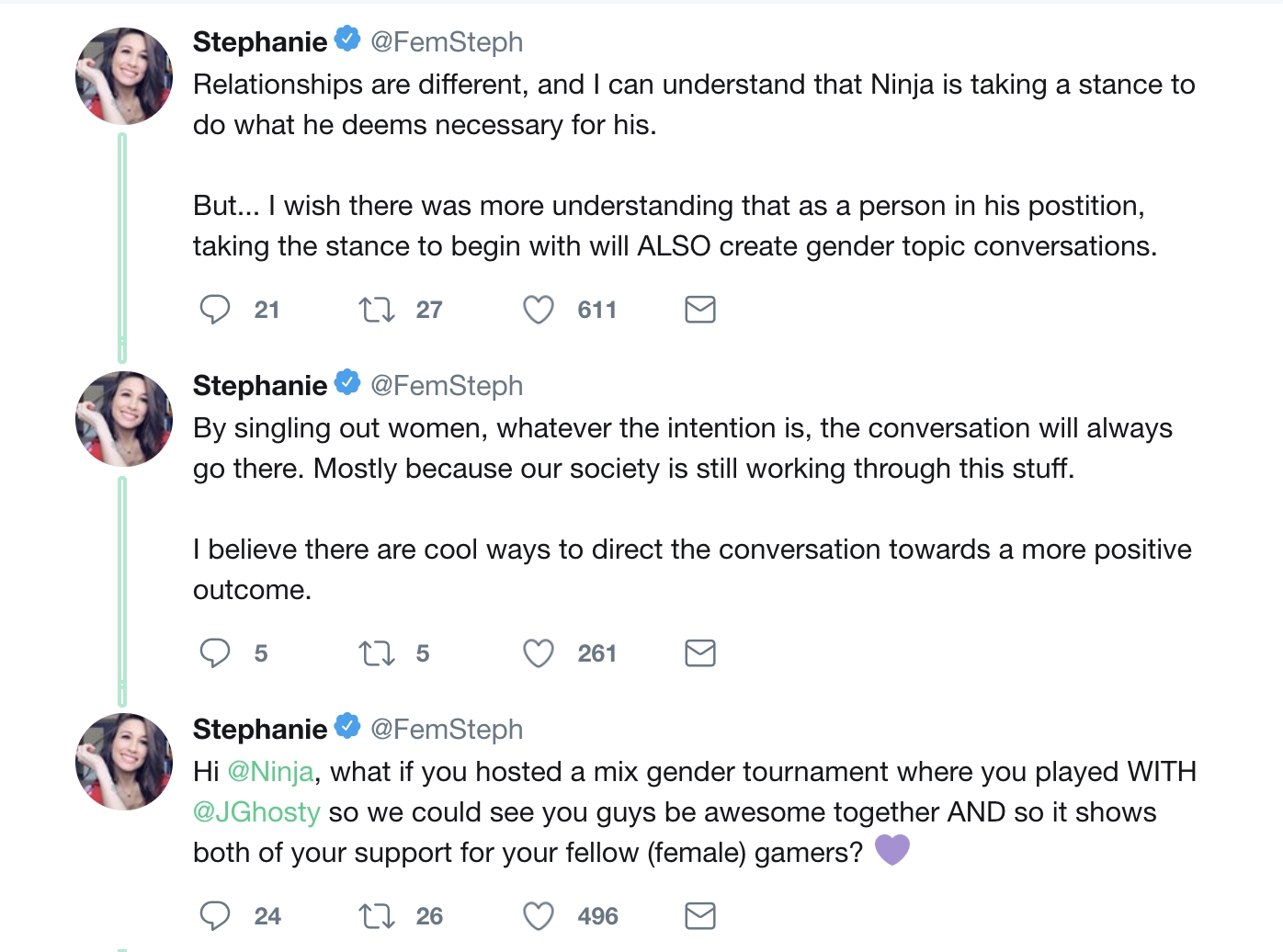 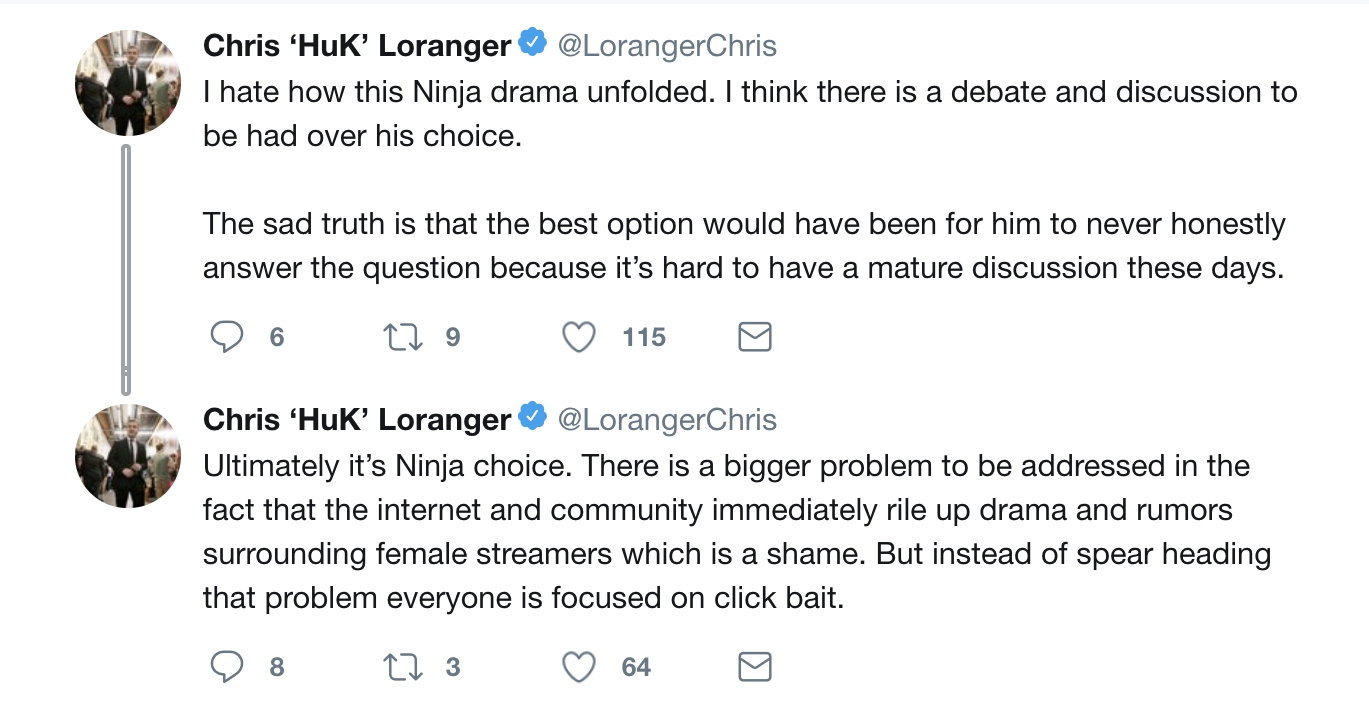 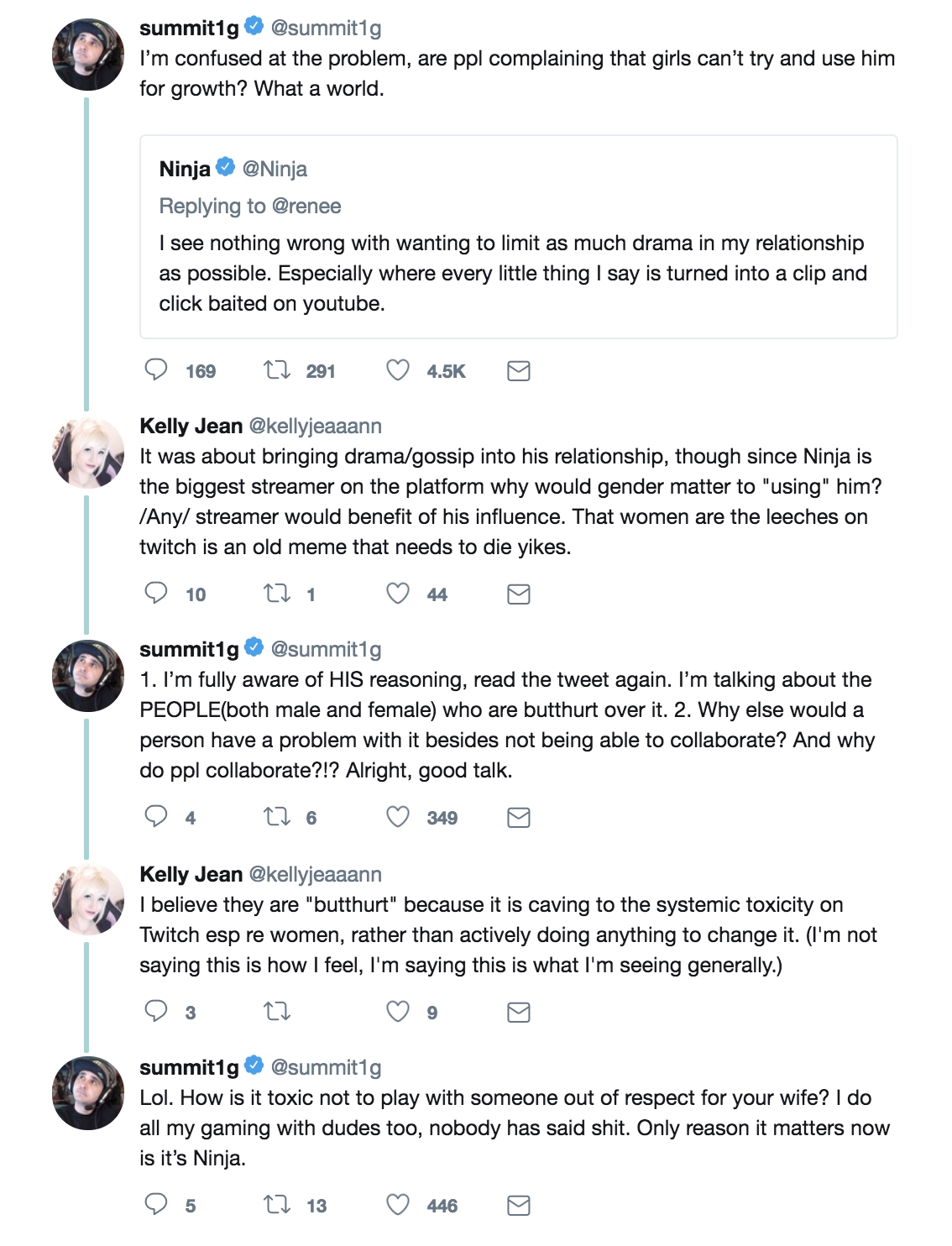