Twitch streamer Patrick ‘Patchryan’ Ryan was baffled as he saw another broadcaster painting her body, which led him to wonder if he could expose himself in a similar way.

The Twitch guidelines are notoriously ambiguous in regards to what exactly can or can’t be shown during a stream. While nudity or purposefully suggestive images have been punished before, some streams seem to toe the line for some people.

Patch was looking through Twitch’s Just Chatting category for a certain kitten stream when he was “distracted” by streamer ‘ThatsStrangeMUA’ in the early stages of a long body painting process. 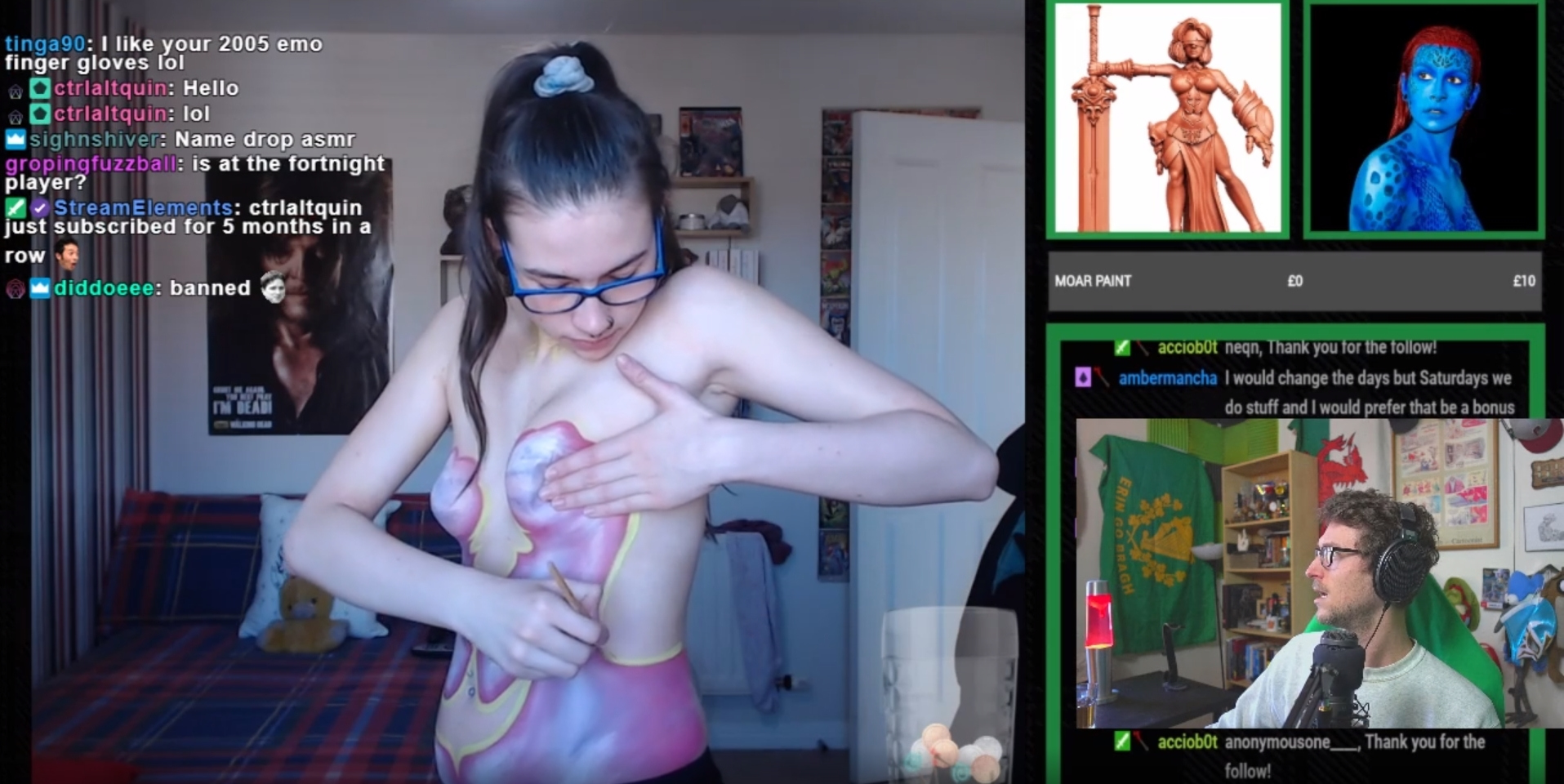 Patchryan (bottom right) was dumbfounded to see the kind of content allowed on the platform.

The streamer was visibly perplexed at what he was seeing before hilariously asking if he could do something similar.

Patch immediately warned his audience not to go to ThatsStrangeMUA’s channel to harass her, because at the end of the day it’s just another streamer providing Twitch-sanctioned content their audience likes.

Patch was adamant that ThatsStrangeMUA wasn’t doing anything wrong, but it seems he was still trying to make a larger point about Twitch’s vague rules concerning suggestive images on a stream.

“‘Was that legal to view,’” Patch reiterated a viewers question before answering. “I don’t know, you tell me, [were the images] on Twitch?… Oh yeah! It’s on Twitch.”

After posing his conundrum, he continued with his main point on how easily it is to get distracted by “females with next to no clothing on” while searching for a kitten stream.