PewDiePie’s ongoing battle with T-Series over who will hold the top spot on YouTube’s most subscribed list has received another boost – this time from players hacking GTA V.

As well as fellow YouTuber MrBeast’s efforts, which included a city-wide advertising campaign, a hacker even got access to thousands of printers in homes and offices to print a message telling them to subscribe to PewDiePie.

As the contest has gone on, and T-Series has gained on the Swedish king of YouTube, the stunts to keep him at the top have become even more daring – even a massive billboard, costing $1 million, was put up in Times Square, New York. 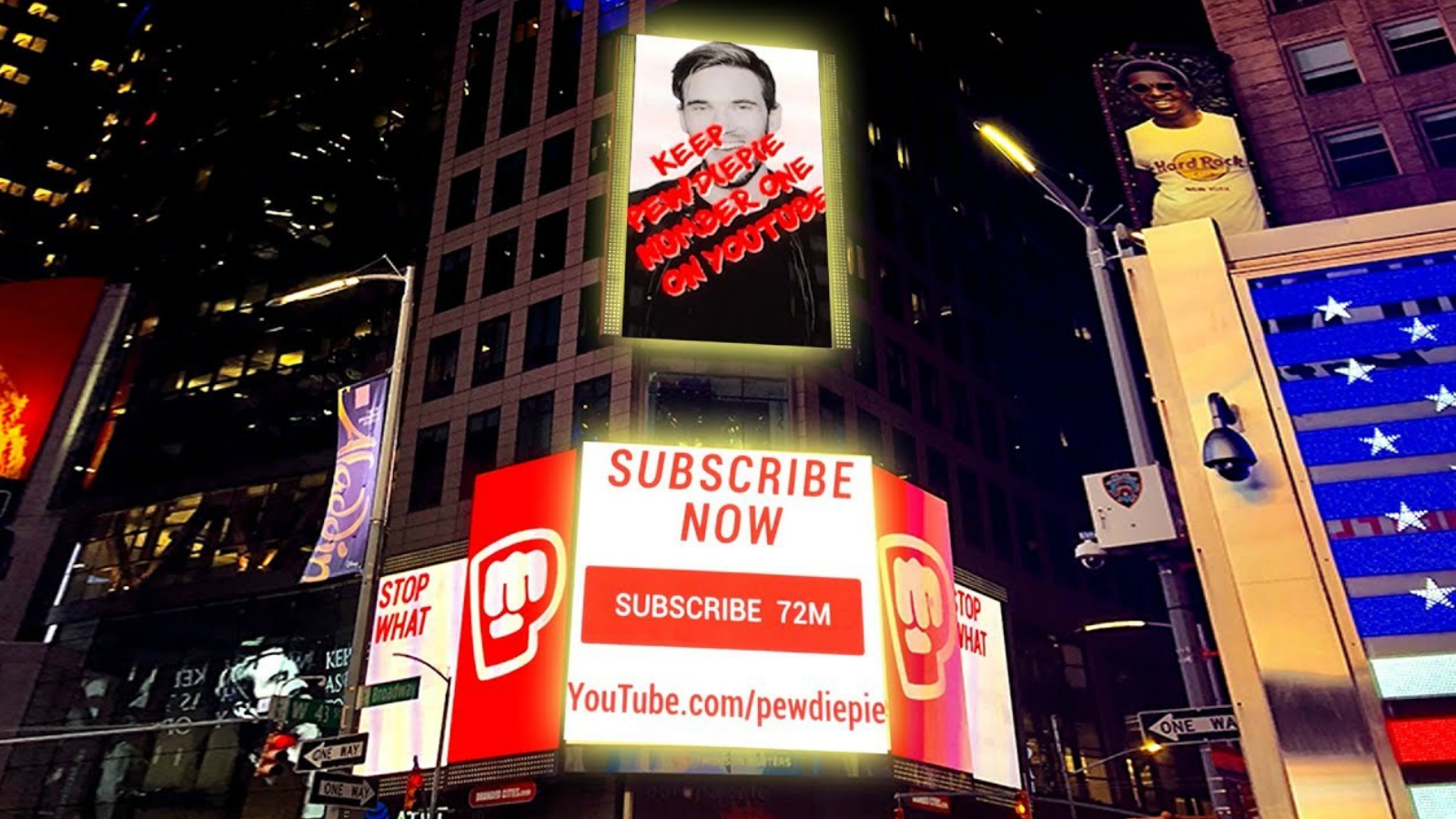 The latest stunt comes from hackers once again, as players in popular game GTA V hacked it and sent out messages reading “NOTICE Subscribe to PewDiePie on YouTube.”

Players began noticing the message and sharing it to Twitter, where others reported seeing the same message from different users.

PewDiePie, real name Felix Kjellberg, did warn fans not to go too far and do anything illegal in the pursuit of helping him beat the Indian record label and production company.

However, as the efforts from other YouTubers and fans alike get more out of hand, who knows what we will see next.

PewDiePie became the first to hit 74 million subscribers on December 4, meanwhile T-Series was behind by less than 500,000 (although at one point the gap was less than 50,000 – so these efforts are working).

You can see the live subscriber counts for both channels here.