PewDiePie explains why Pokémon confused him as a child - Dexerto
Entertainment

PewDiePie explains why Pokémon confused him as a child

YouTube king Felix ‘PewDiePie‘ Kjellberg took a break from his Minecraft series to react to software failure memes, and during the video he retold a relatable story about how a glitch in Pokémon confused him as a child.

Nintendo‘s Pokémon came out in 1998 in North America and Europe, and kicked off a pop culture phenomena that still hasn’t died down to this day. Children of the 1990s grew up with the Japanese games, and are still playing them in 2019 despite being grown-ups.

PewDiePie is included in this group, and during his October 6 upload, he told a story to his audience about how a glitch in Pokémon confused him during his childhood, and how it makes sense to him now as an adult – and we can all relate.

The Swede talked about a childhood experience he had with Pokémon that confused him when he was younger.
[ad name=”article2″]

Pewds was reacting to a Reddit community called ‘softwaregore’ that focuses on memes about software failing. However, when he came across a submission about a famous Pokémon glitch, the Swede was brought back to when he played the role-playing game as a child.

The submission was titled ‘the OG software gore‘ and showed the infamous ‘MissingNo’ glitch that has players encountering scrambled up sprites instead of a monster. 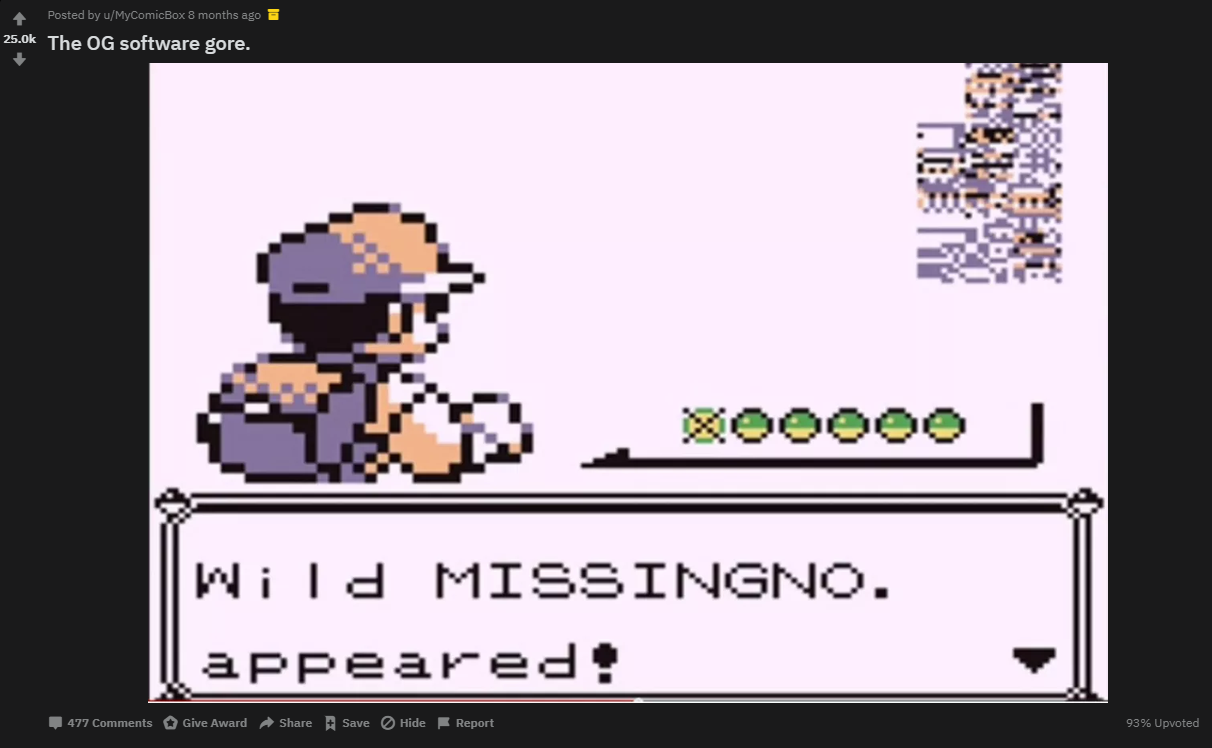 The submission on Reddit of the infamous Pokémon glitch that sparked Pewds’ childhood memories.
[ad name=”article3″]

Reacting to the glitch, the Swede explained: “There is a story behind this, for you zoomers you wouldn’t understand. There was this epic hidden Pokémon that you can find. I think it was a glitch. It was super overpowered as well if you caught it.”

The YouTube king pointed out how the name actually gave it away as a glitch, but when he was younger it confused him. “It’s called Missing Number. That didn’t register for me as a kid. I was like OH MY GOD MISSINGNO!”

Pewds got it right that MissingNo was in fact a bug. However, one of the main reasons this blew up among fans, besides being really cool to have, is that upon capturing the glitched-out sprite, it would duplicate the item in slot six to 128 – a really big deal for rare items.

The glitch is found in Red and Blue, and is a dual-type bird/normal Pokémon. Upon encountering, players see scrambled sprites and are able to capture it. It also was featured in the Yellow version of the game. 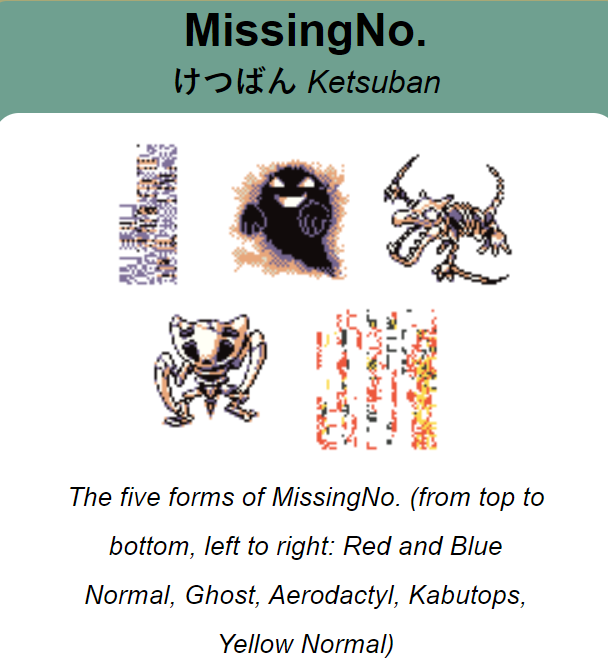 The glitch comes in several forms, but notoriously shows up as scrambled sprites in the Gen 1 games.
600[ad name=”article5″]

As of the time of this article, PewDiePie has 101 million subscribers, blowing past his 100 million YouTube milestone on August 25, making him the undisputed king of YouTube.