Myth hits back at Symfuhny after “soy boy” xQc impression

During his October 6 stream, Mason ‘Symfuhny’ Lanier scored a victory over Twitch star Ali ‘Myth’ Kabbani in Fortnite’s Zone Wars, when his celebration was cut short after being roasted for his weak Félix ‘xQc‘ Lengyel impression.

On September 26, Epic Games released Zone Wars mode in Fortnite, which allows groups to matchmake with random people in a head-to-head battle to see which individual comes up on top after multiple rounds.

Symfuhny won his match after grouping up with Myth who came in third place, however the victory was short lived after his attempt to sound like xQc fell flat, and the Team SoloMid star jokingly called him out over it. 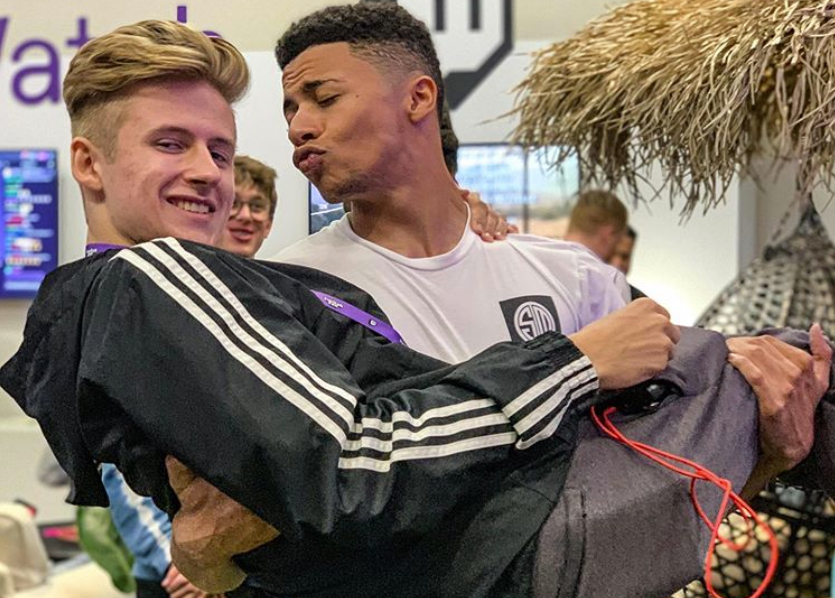 The two friends have a history of joking around with one another.
[ad name=”article2″]

xQc impression gets called out

The Twitch streamer had just secured first place, when he turned towards his camera and yelled “Hey easy clap!” which sounded like Overwatch pro xQc, who uses a similar expression

Immediately, Myth shot back with a spot-on impression of xQc: “Easy clap dude! It’s like he’s trying to do an xQc impression but doesn’t have the f*ckin’ voice, little soy boy f*ckin’ cuck lord dude!”

The NRG pro was gobsmacked while his mouth hung open, after his friend hilariously destroyed him after his impression attempt.

But it was all in good fun, as Myth laughed at his partner’s look of shock. Symfuhny then joked “That’s it, I need some scissors for your new hoodie, pal. Your hoodie is getting chopped up too!”

The Fortnite pro screamed “No!” repeatedly, as the two laughed over the exchange. The NRG pro then revealed he actually met xQc at TwitchCon, to which his friend replied “I met him twice at TwitchCon. I met him once, then touched him physically twice.”

Symfuhny shouldn’t feel too bad, as Myth has perfected his xQc impressions after doing so during multiple streams. On his August 24 broadcast, the Team SoloMid star busted out a 1:1 identical copy of the Canadian’s voice, which shocked his chat.

Later on during that same day, xQc then watched the streamers impression of him, and had a wholesome reaction after being impressed by it. “That’s actually good!” he laughed. The two then hilariously met up at TwitchCon 2019 as they both screamed the Overwatch pro’s iconic “Dude!” to each other.

The whole thing was in jest, as xQc seems to continue to be high demand these days and Myth is clearly the undisputed champion of being his clone.