An audio clip of Michael Bisping discussing the upcoming KSI vs Logan Paul boxing match in a seemingly derogatory manner has surfaced online.

The clip in question comes from episode 76 of Bisping’s “Believe You Me” podcast (called Photoshop Fiddler) and some reports state that the former UFC middleweight champion “slammed” the fight for being an “insulting mockery”.

While Bisping certainly did make it clear that he isn’t a fan of the boxing match, he also had some words of praise for KSI, who he has trained with in the past:

“I was at the performance institute and me and Forrest Griffin did some training then as well,

“He was fit, me and Forrest really pushed him and he kept a good pace, so his cardio was in shape and that was a while ago as well so he’s gonna be in good shape for this.” 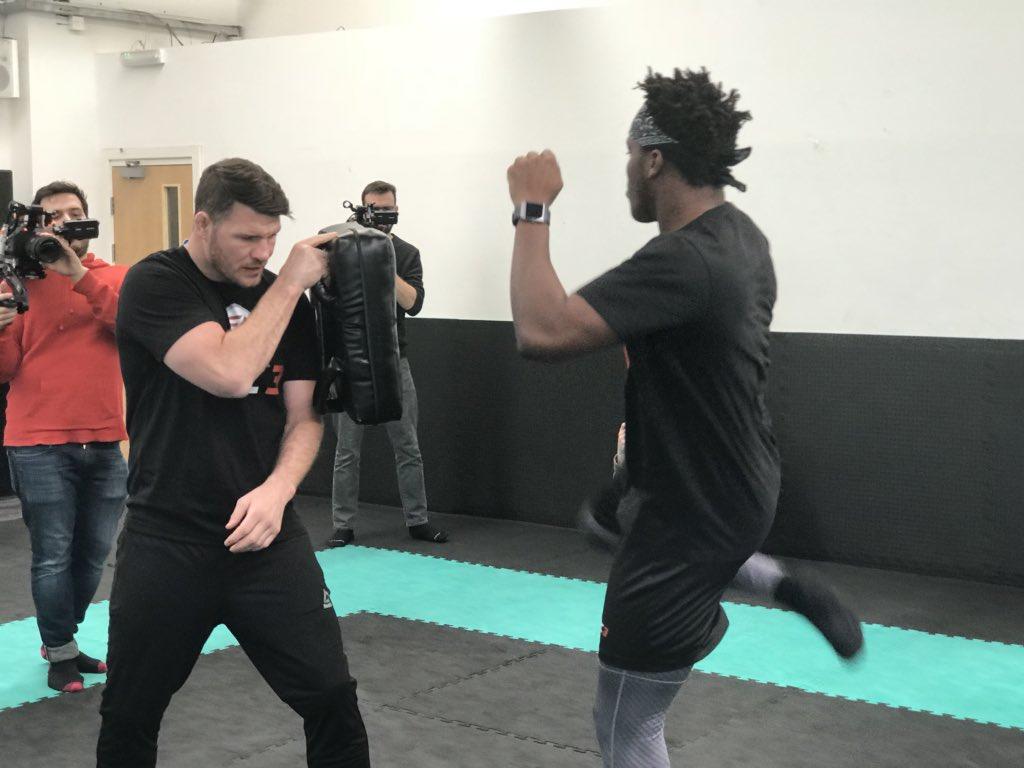 He went on to say that he saw a big improvement in KSI between the two training sessions that they had together before explaining his reasons for wanting people to “stay in their lane to a certain degree”:

“I find it almost insulting to everybody that has dedicated their life to being a fighter, come up the hard way, been a lifelong boxer or martial artists or whatever,

“They’re almost making a mockery out of the sport of boxing or mixed martial arts or whatever it is by doing this.”

The Brit then went on to say that the two YouTube stars are pretending to be Conor McGregor and Floyd Mayweather in their pre-fight press conferences, summarizing his feelings with “I’m not into it. In short, I’m not into it”.

After hearing some rebuttals from his co-host, the stand-up comedian Luis J. Gomez, Bisping clarified his point of view further by saying that the two internet sensations acting like professional fighters irks him the most:

“Just stop trying to pretend that you’re a fighter, because you’re not,

“You’re fighting another YouTuber, have it for what it is, dedicate yourself, both train whatever, that’s great,

“But stop pretending making out that you’re a fighter”

KSI and Logan Paul will fight on Saturday, August 25, at the Manchester Arena. While it seems unlikely that Michael Bisping will be tuning in to watch the fight, it looks set to be another record breaking event for YouTube.