It’s not always easy being the significant other of a popular personality, because there’s always someone trying to shoot you down.

Social media has allowed fans to get closer to their favorite personalities, but it’s also allowed morons to attack them too, and it’s often for very little reason.

Twitch streamer, Dr Lupo, has enjoyed the success of Fortnite’s rise in popularity and established himself as both a player, and commentator for the competitive scene.

Often found streaming alongside the likes of Ninja, TimTheTatMan and Courage, his laid-back attitude and willingness to poke fun at himself has given him a loyal fan base.

Not everyone sees it like that of course, and unfortunately, Dr Lupo’s wife found herself targeted on social media by a user who clearly had an issue with the streamer.

Posting a picture of her child on Twitter, a follower responded and expressed their disdain for significant others who call themselves after their partners.

Going against the cardinal rule of Twitter, which is don’t respond to trolls, MrsDrLupo made a compelling case that she’s proud of her husband and what he’s achieved.

As expected the troll responded once again to disagree, but once again he was shut down. 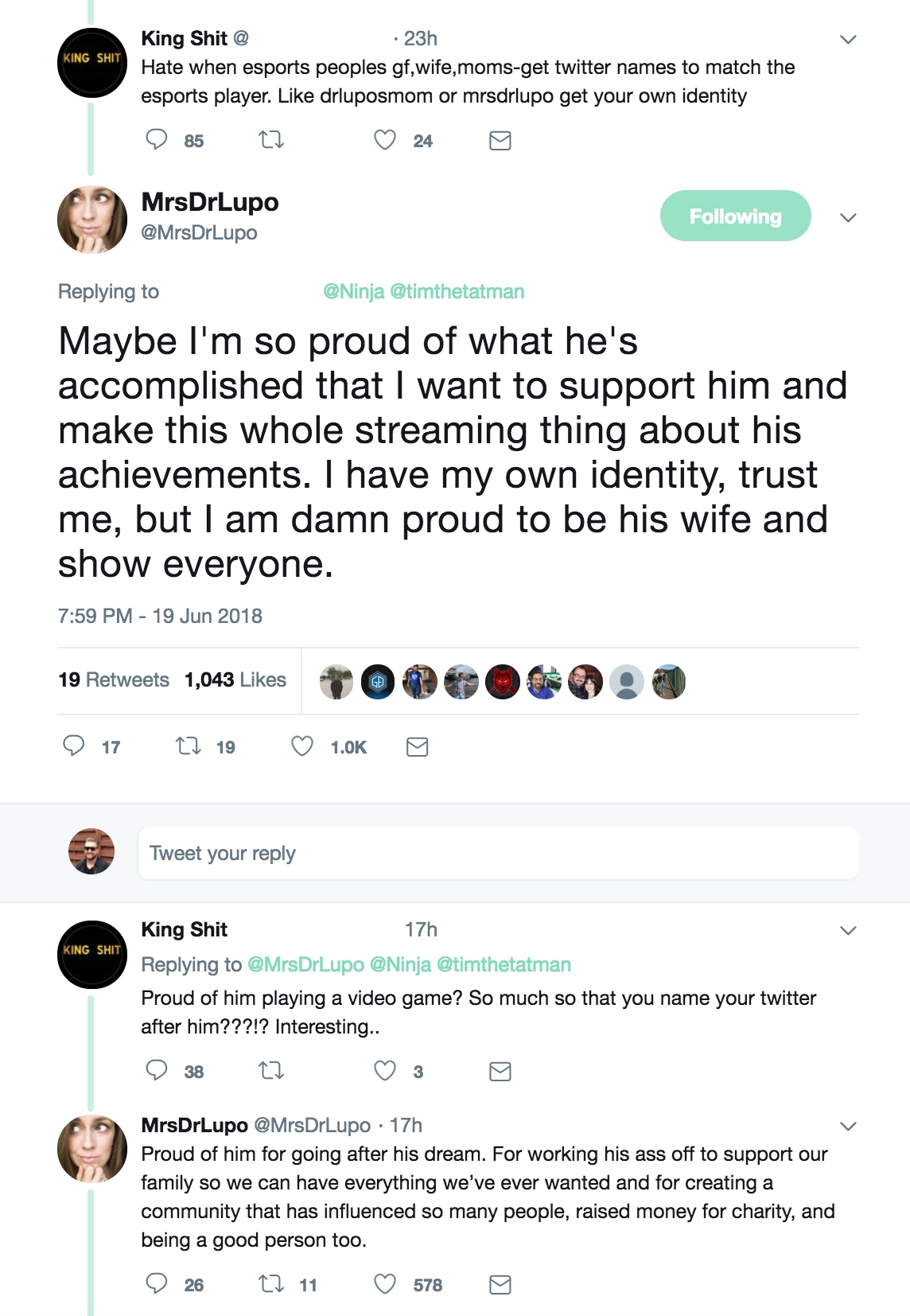